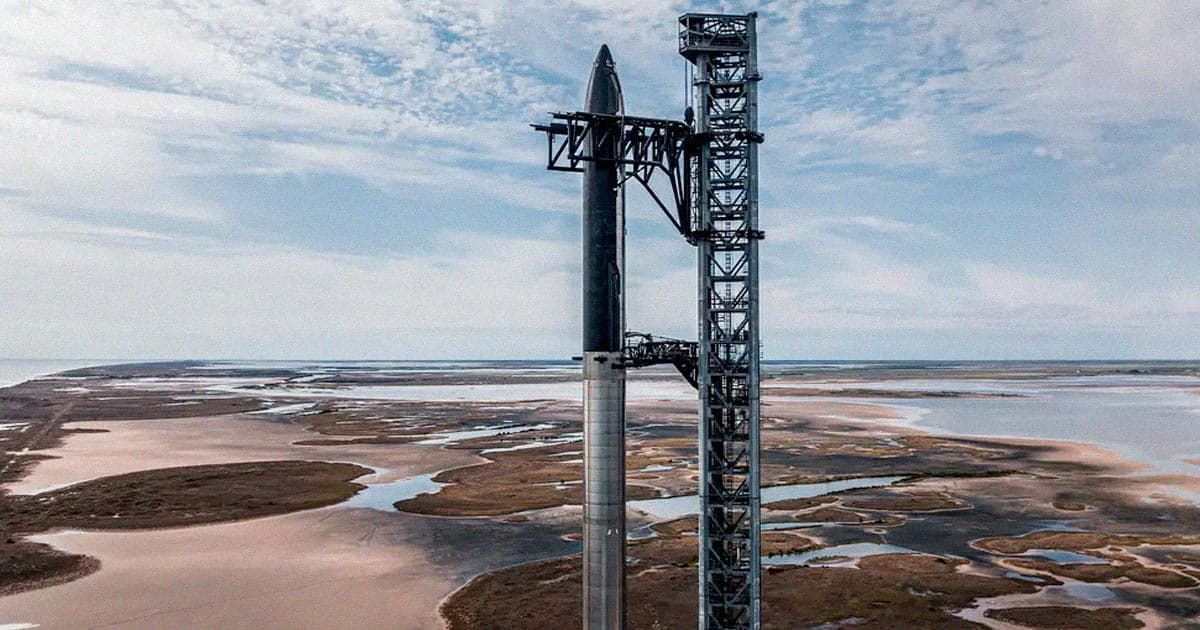 FAA Demands Changes Before SpaceX Can Launch Starship to Orbit

"One step closer to the first orbital flight test of Starship."

"One step closer to the first orbital flight test of Starship."

The Federal Aviation Administration has released its long-awaited environmental assessment into SpaceX's Starship launch program at its testing facilities in South Texas, paving the way for the company's inaugural orbital test launch.

The upshot: the Elon Musk-led company will have to make a substantial amount of changes to its launch site, as detailed in a 183-page document, to ensure the site's impact on the surrounding environment is minimal.

It's been a long time coming — the investigation kicked off in November 2020, and the final assessment was delayed at least five times over the last six months, according to CNBC. Overall, the release is probably good news for SpaceX, although it's going to have to make some changes to comply with the requests.

"One step closer to the first orbital flight test of Starship," a SpaceX tweet reads.

Despite the changes, the FAA found that SpaceX's Starship efforts will "not significantly affect the quality of the human environment."

In other words, the company will still be able to launch its massive Moon-bound Starship spacecraft and its equally massive Super Heavy Booster from its site dubbed "Starbase" — which also happens to be home to a protected US National Wildlife Refuge.

The more than 75 mitigation measures listed in the document include a variety of different requested changes, from limiting noise levels to making changes to the handling of biohazard materials.

SpaceX will also have to work with a "qualified biologist" to figure out a way to minimize the impacts lighting at the site has on sea turtles.

The company will also have to ensure the local history is preserved with the cataloguing of historical landmarks, and even "construct a wildlife viewing platform."

In return, SpaceX will be allowed to launch its Starship and Super Heavy from its Boca Chica, Texas launch site, as well as land its spacecraft on a "floating platform in the Gulf of Mexico, or in the water in the Pacific Ocean (near Hawaii)," according to the FAA's documentation.

It's an exciting moment for the space company. Engineers have been hard at work constructing a massive launch tower at the site, aiding during launch and landing of Starship and its booster.

The company has yet to set a date for its inaugural launch into orbit, but given the news, we should be hearing from them soon.

More on Starship: Something Very Bad Might Be About to Go Down at NASA

Grain of Salt
There's a Huge Problem With Elon Musk's Promise to Bring Starlink to Iran
Sep 27
Read More
Sluggo Mode
SpaceX Has a Major Problem With Its Starlink Internet Connections
Sep 24
Read More
Dumpster Fire
SpaceX Tested Starship's Engines and Accidentally Caused a Large Fire
Sep 9
Read More
+Social+Newsletter
TopicsAbout UsContact Us
Copyright ©, Camden Media Inc All Rights Reserved. See our User Agreement, Privacy Policy and Data Use Policy. The material on this site may not be reproduced, distributed, transmitted, cached or otherwise used, except with prior written permission of Futurism. Articles may contain affiliate links which enable us to share in the revenue of any purchases made.
Fonts by Typekit and Monotype.