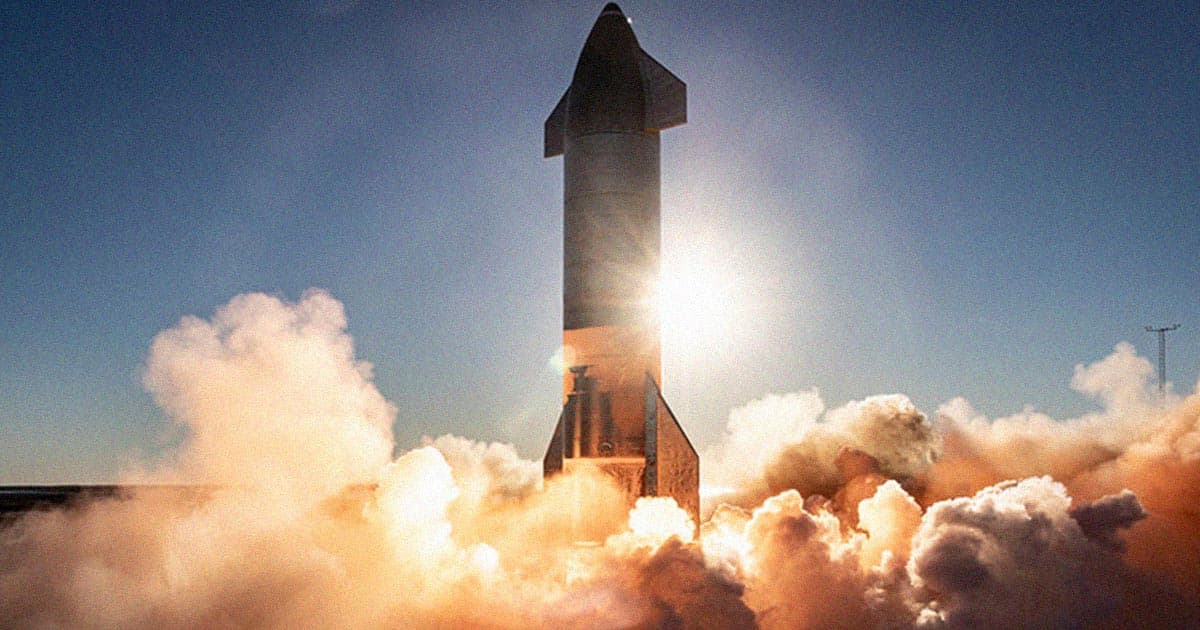 Elon Musk: "Starship Will Be Ready to Fly Next Month"

According to SpaceX CEO Elon Musk, "Starship will be ready to fly next month," an exciting new update after years of delays and governmental red tape.

"I was in the high bay and mega bay late last night reviewing progress," he added.

The inaugural space launch of the massive Moon-bound rocket had to be delayed significantly, in large part due to the Federal Aviation Administration's environmental assessment — which was finally submitted this week after over a year and a half of ruminations.

The assessment has now given SpaceX the green light to launch its first Starship orbital flight test, pending a large number of requested changes to its facilities, which may well take the company a while to implement.

If everything goes according to plan — a huge if, as always — a Starship prototype and its Super Heavy booster will take off from the company's launch facilities in South Texas. The spacecraft will then enter a stable orbit, reenter the atmosphere, and land on a platform off the islands of Hawaii.

SpaceX appears to be going full steam ahead in its efforts to develop a rocket capable of returning astronauts to the surface of the Moon in just a matter of years.

For one, the company isn't counting on just one prototype. Musk also revealed that the company "will have a second Starship stack ready to fly in August and then monthly thereafter."

It's a significant change in tone for the CEO, following years of delays, setbacks, and never-ending paperwork.

"For the first time ever, there is a rocket capable of establishing permanent bases on the moon and Mars," Musk tweeted.

More on Starship: FAA Demands Changes Before SpaceX Can Launch Starship to Orbit