SpaceX Is Attempting Another First Next Week

The mission is set to resupply the International Space Station. 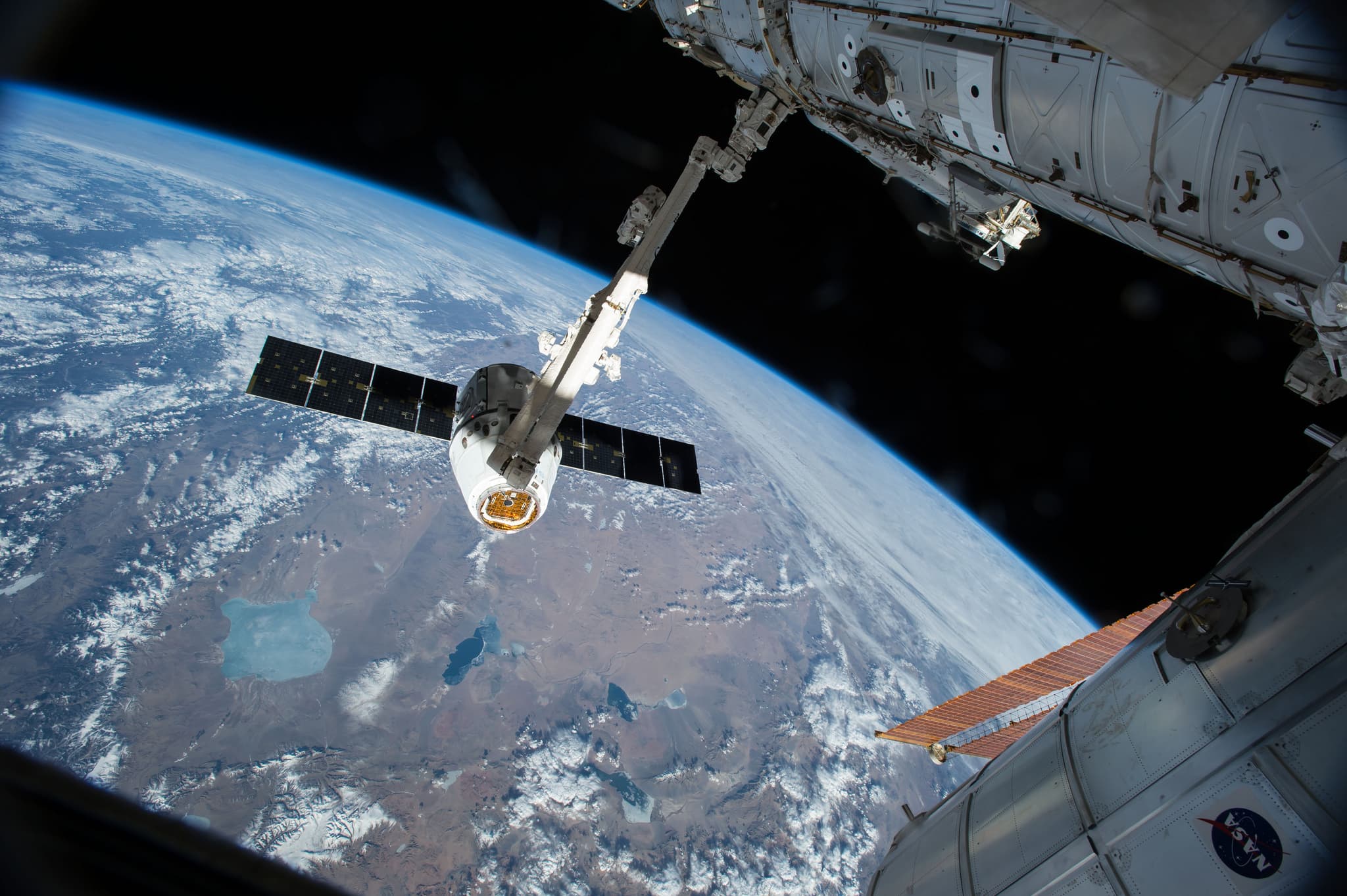 Elon Musk recently took to Instagram to announce that SpaceX will soon be attempting yet another first: re-launching both an orbital rocket and the Dragon spacecraft together for the first time ever. Musk posted a photo gallery of the last mission each reusable spacecraft took part in, adding that the launch is scheduled to take place on Tuesday, December 12.

The Dragon model craft has been used since 2012 as a part of NASA's Commercial Resupply Services program to regularly resupply the International Space Station (ISS).

This is another huge advancement for reusable space technology. While SpaceX has launched refurbished Dragon capsules in the past, with the first lifting off back in June of 2017, the company is still working on optimizing the cost-effectiveness of reusing the spacecraft. Pairing the reusable spacecraft with reusable orbital rockets will undoubtedly do a lot to cut those costs.

On Tuesday, SpaceX will attempt to refly both an orbital rocket and spacecraft for the first… https://t.co/Wm5SpjNdMb

The ability to reuse expensive space travel technology has transformed the spaceflight industry. This technology is saving the company, and their government partners, many millions of dollars, which SpaceX can use to further advance their reusability pursuits.

Reusable tech allows SpaceX's launches to be cheaper; which, in turn, allows greater access to spaceflight capabilities, literally rocketing the potential for space exploration to new heights. Musk has previously announced that launches using SpaceX's reusable rockets are $300 million cheaper than conventional launches. That is a high threshold for potentially prohibitive costs, and likely opens up the possibility for launches to those who would never be able to afford one under previous launch models.

SpaceX has also recently repaired the launchpad that was damaged during a catastrophic explosion last year. This will also allow for the number of launches SpaceX is capable of to increase. To that end, SpaceX is also focusing on speeding up the turn around time of its reusable tech. Musk has set a goal of refurbishing rockets for reuse in just 24 hours after landing from a mission.

Read This Next
Shot Well
Head of NASA Relieved to Hear Elon Musk Isn't REALLY Running SpaceX
Makeover Scene
Space Tourist Says He's Thinking About Flying SpaceX Craft Up to Fix Hubble
Grain of Salt
There's a Huge Problem With Elon Musk's Promise to Bring Starlink to Iran
Sluggo Mode
SpaceX Has a Major Problem With Its Starlink Internet Connections
Dumpster Fire
SpaceX Tested Starship's Engines and Accidentally Caused a Large Fire
More on Off World
Grrrrrrrr
4:06 PM on the byte
Internet Erupts as NASA Spots Cartoon Bear on Surface of Mars
Gl1tc4
2:44 PM on the byte
NASA Says Another James Webb Instrument Has Suffered a Glitch
comet Spotting
2:06 PM on the byte
Behold! Dazzling Green Comet Approaches
READ MORE STORIES ABOUT / Off World
Keep up.
Subscribe to our daily newsletter to keep in touch with the subjects shaping our future.
+Social+Newsletter
TopicsAbout UsContact Us
Copyright ©, Camden Media Inc All Rights Reserved. See our User Agreement, Privacy Policy and Data Use Policy. The material on this site may not be reproduced, distributed, transmitted, cached or otherwise used, except with prior written permission of Futurism. Articles may contain affiliate links which enable us to share in the revenue of any purchases made.
Fonts by Typekit and Monotype.