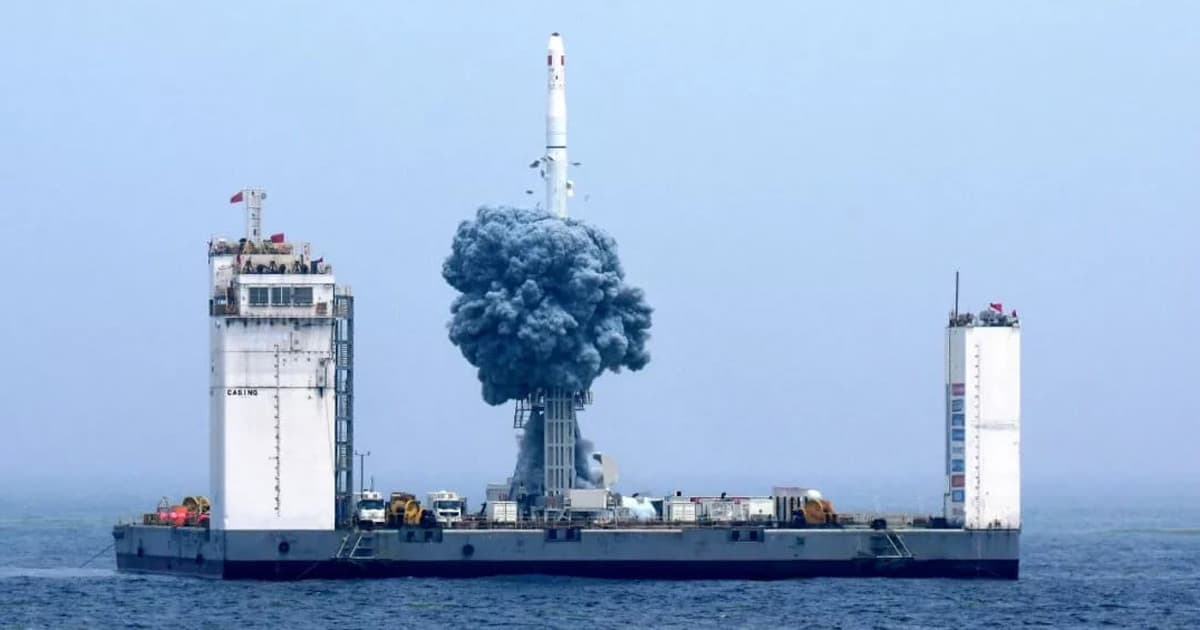 Will Somebody Think of the Children?

China is Building a Floating Spaceport to Launch Rockets

"Substantial progress" being made according to officials.

"Substantial progress" being made according to officials.

China is constructing a floating spaceport to launch its rockets off the coast of the city of Haiyang, Universe Today reports.

The "Eastern Aerospace Port" is being developed by the China Aerospace Science and Technology Corporation (CASC), the nation's largest defense contractor.

Apart from launching smaller rockets, the port will also be used for building and maintaining rockets, satellites, and other space-bound vehicles.

Wang Xiaojun, head of China Academy of Launch Vehicle Technology (CALT), under CASC, noted that there was "substantial progress" being made in the construction of the port, as SpaceNews reported last week.

The country's first-ever launch from sea took place in June 2019. A Long March 11 rocket, just over 20 meters in length, took off from a mobile launch platform in the Yellow Sea, carrying weather monitoring satellites. A second launch will reportedly occur before the end of the year from the same platform, according to SpaceNews.

Launching from sea comes with numerous advantages, as a Long March 4B rocket launch earlier this week demonstrated when one of the its non-reusable boosters fell back down to Earth and appeared to have exploded in a huge cloud of orange smoke not far from a school. Launching from sea, in contrast, would happen far from any populated areas.

SpaceX is also interested in building floating ports to launch its Starship rockets. In fact, according to job listings that first appeared in June, the Elon Musk-led company's efforts to design such ports is already underway.