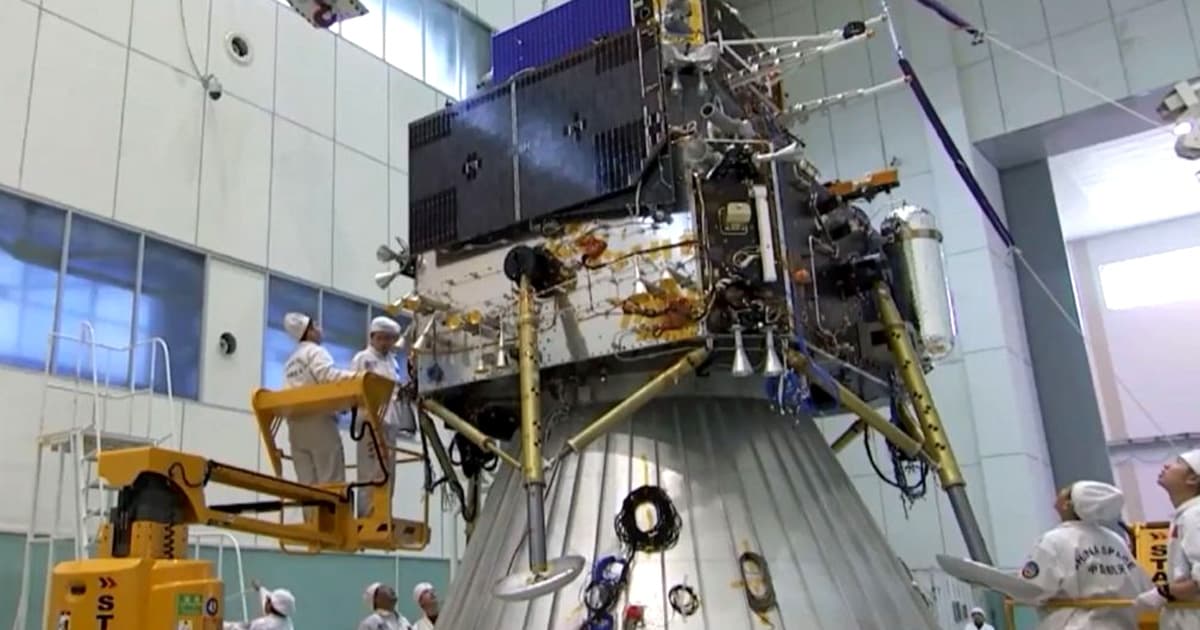 China Is About to Launch a Lunar Sample Return Mission

This robot mission intends to gather rocks from the surface of the Moon — and then fly them back to Earth.

This robot mission intends to gather rocks from the surface of the Moon — and then fly them back to Earth.

China is preparing to launch its Chang'e-5 lunar sample return mission early next week — and it just rolled the massive Long March 5 heavy-lift rocket it'll ride on out onto the launch area, SpaceNews reports.

Launch from the Wenchang Satellite Launch Center is slated for November 24. The lander is scheduled to land on the Moon in mid-December.

If successful, the mission will be a historic moment. Only the United States and the Soviet Union have so far managed to successfully return samples from the surface of the Moon back to Earth. Now, China could soon become the third — a stark illustration of the country's enormous space ambitions.

Chang'e-5's predecessor Chang'e-4 made history by becoming the first manmade object to land on the far side of the Moon in January 2019. The Chang'e-5 lander will attempt to return at least two kilograms (4.4 pounds) of lunar soil and rock by placing them in an ascent vehicle, which will then rendezvous with an orbiter before beginning the journey home.

The lander is targeting a site near where its predecessor landed early last year, close to a volcanic formation near the western edge of the near side of the Moon. The surrounding natural formations are far younger than the ones sampled by Apollo astronauts in the 1960s and 70s, according to SpaceNews.

Unlike Chang'e-4, Chang'e-5 will have only 14 Earth days — half a lunar day — to complete its mission, because it doesn't feature a heater to keep it warm during lunar night, when temperatures can plunge down to -280 Fahrenheit (-173 Celsius).

The country is hoping to use what it will learn during the Chang'e-5 mission for future near Earth asteroid and Mars sample return missions, SpaceNews reports.