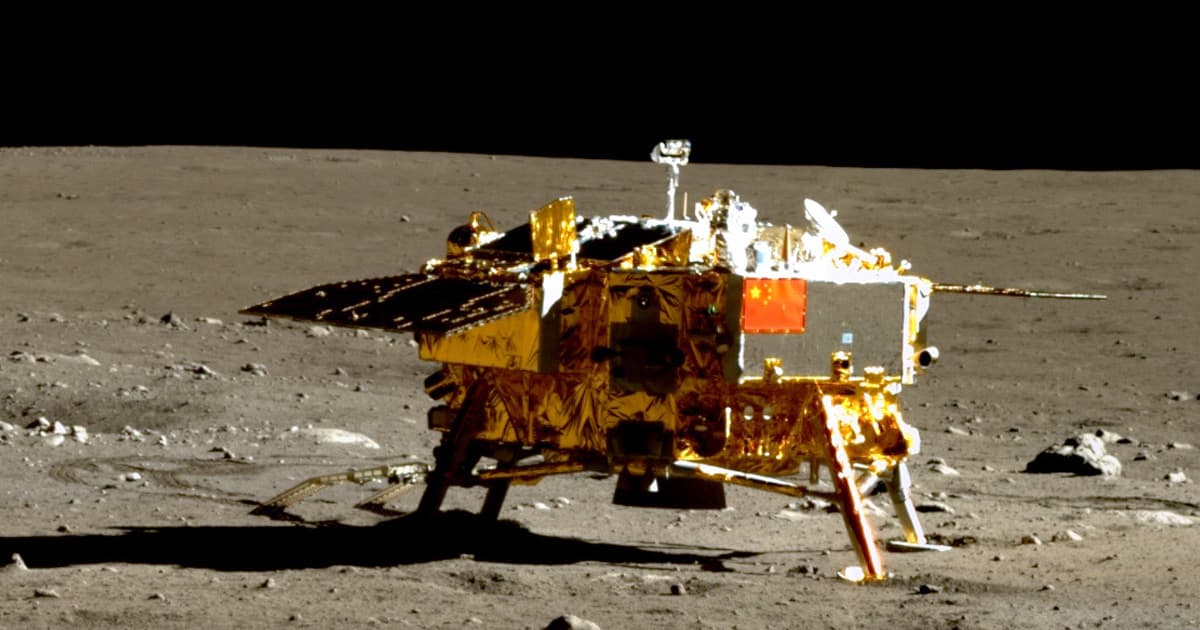 The mission will attempt to return around two kilograms of lunar samples.

The mission will attempt to return around two kilograms of lunar samples.

According to satellite imagery and ship tracking data, China is preparing to launch its Chang’e-5 sample return mission to the Moon, SpaceNews reports.

The mission will attempt to return around two kilograms of samples — the first lunar sample mission launched by any country since the early 1970s.

Components of the Long March 5 rocket launching the mission are on the way to the Wenchang Satellite Launch Center, where the launch will take place. By SpaceNews‘ estimation, the launch could take place as soon as late November.

China is using the same two specialized cargo ships it used to transport rocket parts used in the launch of the country’s Mars mission in July, according to SpaceNews.

Chang’e-5 will attempt to explore the area around Mons Rümker, a volcanic formation on the western edge of the near side of the Moon. The area is expected to contain far younger geological features than the samples returned during NASA’s Apollo missions.

Its predecessor, Chang’e-4, became the the first lunar probe to touch down on the far side of the Moon in January 2019. It spent many lunar days exploring our nearest neighbor’s rockier, far less understood side that faces away from the Earth.

Chang’e-5 will only spend half a lunar day, about 14 Earth days, to land and sample the lunar surface. An ascent vehicle will then lift off from the lunar surface, if all goes according to plan, and rendezvous with the mission’s service module above.

The sample will make its way back to Earth inside a return module, bouncing off our planet’s atmosphere once to slow down prior to reentry.

More on Chang’e missions:China Finally Figured Out What That Weird “Gel-Like” Substance from the Far Side of the Moon Was