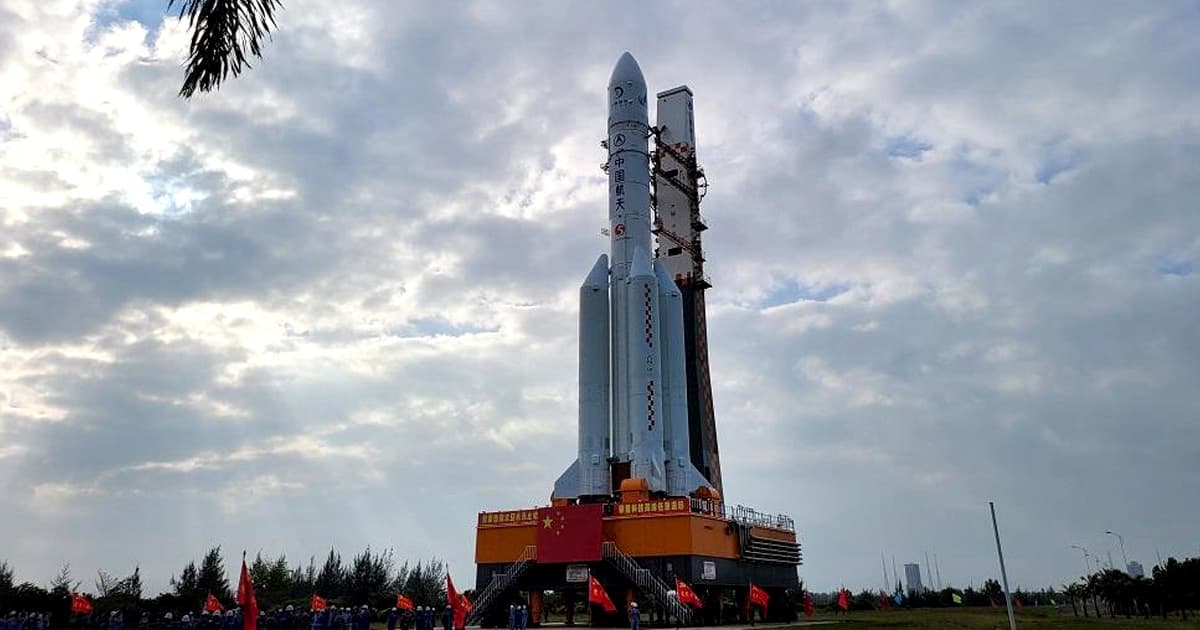 The rocket is already on the pad.

The rocket is already on the pad.

China is about to launch an ambitious mission to the Moon in an attempt to retrieve the first lunar samples since the 1970s.

The Chang'e-5 mission will kick the mission off by launching a massive Long March-5 rocket from the Wenchang Space Launch Site in southern China's Hainan Province.

You can follow the event live via a livestream provided by Chinese state-run broadcaster CCTV, which shows the rocket already on the pad. Launch is expected to occur around midafternoon Eastern time.

If all goes according to plan, the Chang'e-5 spacecraft will touch down on the lunar surface near the western edge of the near side of the Moon, where the surrounding natural formations are far younger than the ones sampled by Apollo astronauts in the 1960s and 70s.

The launch follows the success of its predecessor Chang'e-4, which made history by becoming the first manmade object to land on the far side of the Moon in January 2019.

Chang'e-5 will only stay on the Moon for about 14 Earth days, or half a lunar Day, as it won't be able to keep itself warm during the following 14 Earth day cycle.

It will attempt to scoop up about two kilograms (4.4 pounds) of rock samples before returning them back to Earth in mid-December.

More on the launch: China Is About to Launch a Lunar Sample Return Mission