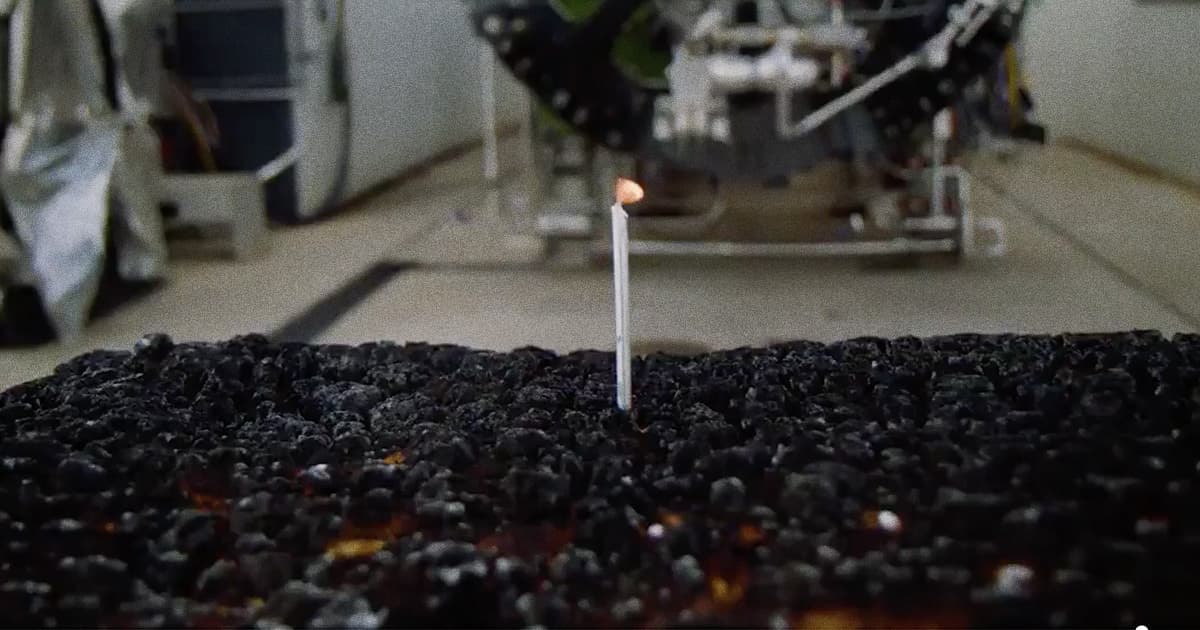 How Old Are You Now

Rocket engines are great for blasting off into space. But what about getting ready for a party?

The team at Firefly Aerospace — that's one of the spacetech contractors NASA selected in 2018 to help it get back to the Moon — used one of its homebrewed rocket engines to try to light all those pesky candles on a birthday cake for its co-founder Max Polakov. The results were, well, about what you'd expect.

The parts of the video in which employees pile praise on Polakov are awkward, but the sequence when they fire the engine is fun, especially because they set it up with a countdown like a real rocket launch.

The cake itself ends up as a hunk of charred rubble, burned beyond recognition. A single candle does remain lit at the end, though it seems likely that they put it there as part of the gag, because judging by the condition of the cake, it seems unlikely that it could have survived.

More on rockets: Amazing Vid Shows What You’d See If Rockets Were Transparent

Blast Off
Former Astronaut Details Quest to Grow Cannabinoids in Space
Apr 20
Read More
RIP
Unfortunate Comet Flies Too Close to the Sun, Disintegrates and Becomes a Ghost
Mar 24
Read More
Flying on Broomsticks
Russia Mocked for Cutting US Off From Its Outdated Rocket Engines
Mar 3
Read More
+Social+Newsletter
TopicsAbout UsContact Us
Copyright ©, Camden Media Inc All Rights Reserved. See our User Agreement, Privacy Policy and Data Use Policy. The material on this site may not be reproduced, distributed, transmitted, cached or otherwise used, except with prior written permission of Futurism. Fonts by Typekit and Monotype.