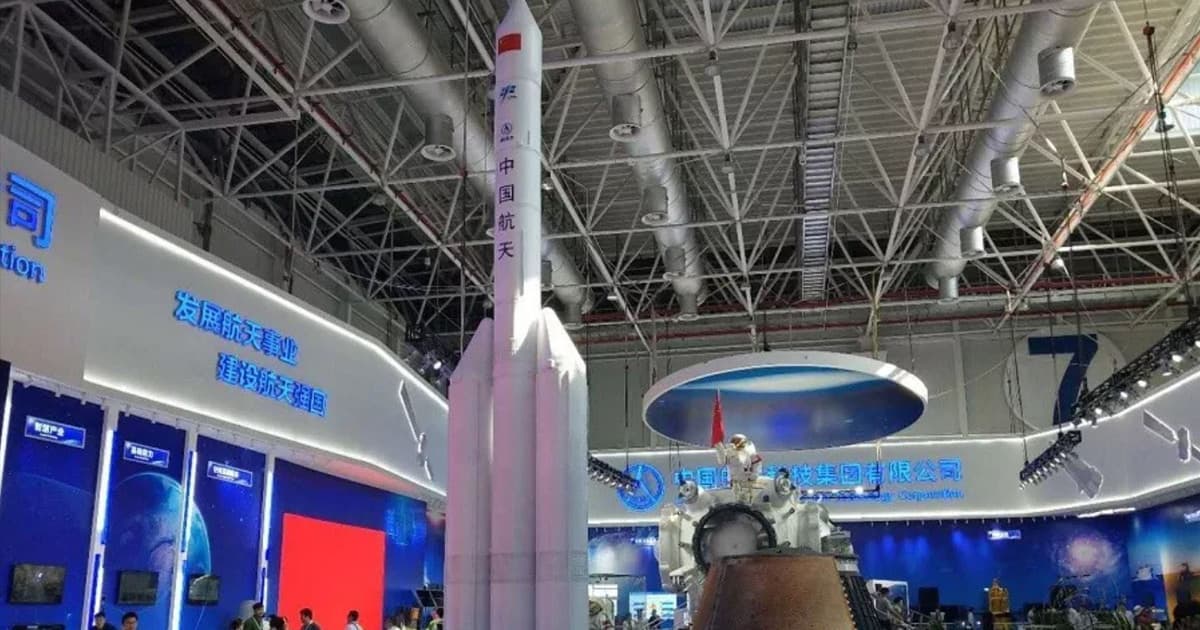 "The world is seeing a new wave of lunar exploration, crewed or uncrewed."

"The world is seeing a new wave of lunar exploration, crewed or uncrewed."

China just showed off a rocket that could send astronauts to the Moon — but when that will happen is still a huge question mark.

There's little we know about the unnamed rocket so far. It's designed to carry a 27 ton spacecraft into trans-lunar injection and will weigh three times as much as China's current largest rocket, the Long March 5, on the launch pad.

Race to the Moon

It's part of a larger global trend of renewed interest in exploring space beyond Earth's orbit.

While the country has been excelling at sending unmanned probes to the Moon in recent years, sending humans into trans-lunar orbit is an entirely different kettle of fish.

We don't know when China is aiming to launch such a rocket or when it will take on its first test flights. The country will also still need a lander, according to Zhou.

Before China is ready to take humans to the Moon, it will largely focus on establishing a presence in low-Earth orbit. The first components of the country's space station are set to launch some time next year.

The country is also working on SpaceX Falcon-9 style rockets that are capable of vertical take off and landing.

READ MORE: China is building a new rocket to fly its astronauts on the moon [Space.com]