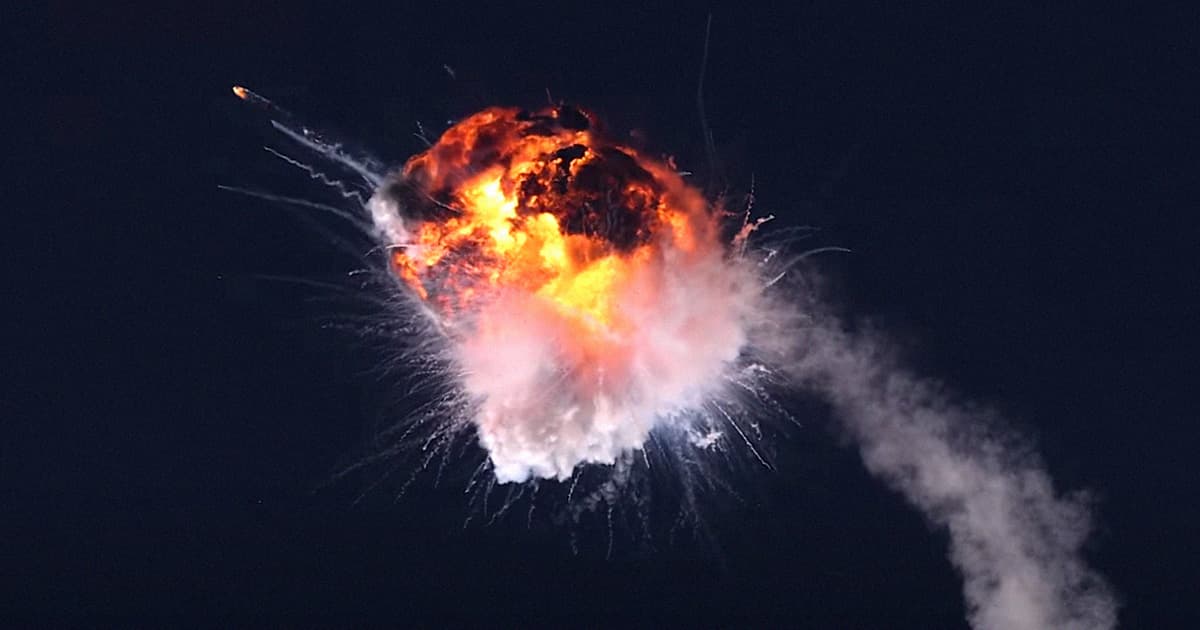 Rocket startup Firefly Aerospace's Alpha rocket exploded spectacularly during its launch on Thursday — an unfortunate end to the first-ever launch of the rocket.

The rocket lifted off from Space Launch Complex 2 at the Vandenberg Space Force Base in California at around 10 pm Eastern. But two and a half minutes into its maiden voyage, the rocket started to tumble — and subsequently blew up in a massive fireball.

"Alpha experienced an anomaly during first stage ascent that resulted in the loss of the vehicle," the Austin, Texas-based aerospace firm said in a statement. "As we gather more information, additional details will be provided."

Footage captured by NASASpaceFlight shows the launch in its entirety. At first, everything seems to be going according to plan. But not long after liftoff, the rocket goes into a tailspin. Then comes a gigantic explosion, leaving behind a massive cloud of dark smoke.

The rocket was carrying just over 200 pounds worth of cubesats, technology demonstrations, as well as photos and memorabilia.

Despite the explosion, the company is strikingly optimistic in its statement.

"While we did not meet all of our mission objectives," it said, "we did achieve a number of them: successful first stage ignition, liftoff of the pad, progression to supersonic speed, and we obtained a substantial amount of flight data.

The team's engineers, it says, are now "combing through thousands of lines of ground and flight system telemetry in order to better understand what occurred."

The company also revealed that it terminated the launch itself, according to SpaceNews, suggesting the explosion was triggered on purpose to ensure it didn't veer off its path. The rocket reportedly didn't gain enough speed early enough.

"Our really big goal is to get Alpha to space," Lauren Lyons, Firefly COO, said during a press briefing on Wednesday. "Our goals are to collect as much data as we possibly can and take Alpha as far as it can go."

Aspics
Amazing Vid Shows What You'd See If Rockets Were Transparent
5. 14. 20
Read More
Rocket Debris Rain
Out-of-Control Chinese Rocket Reportedly Dropped Debris on Africa
5. 13. 20
Read More
Splashdown
Oops: China Just Dropped a Huge Rocket Piece Back to Earth
5. 12. 20
Read More
+Social+Newsletter
TopicsAbout UsContact Us
Copyright ©, Camden Media Inc All Rights Reserved. See our User Agreement, Privacy Policy and Data Use Policy. The material on this site may not be reproduced, distributed, transmitted, cached or otherwise used, except with prior written permission of Futurism. Articles may contain affiliate links which enable us to share in the revenue of any purchases made.
Fonts by Typekit and Monotype.