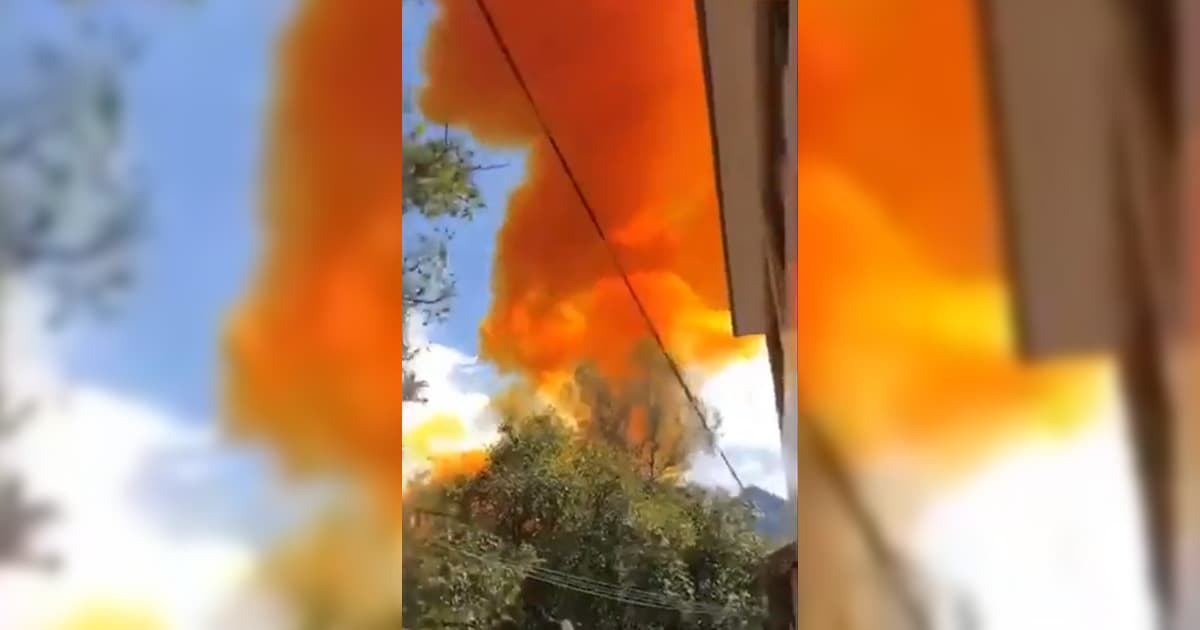 China successfully launched a high resolution optical observation satellite on top of a Long March 4B rocket on Monday.

But as videos uploaded to Chinese social media show, one of the rocket's boosters fell back down to Earth — and exploded in a huge cloud of orange smoke not far from a school, as Space.com reports.

Footage on Chinese social media network Weibo shows the first stage of the Long March 4B rocket erupting into a massive orange cloud near Lilong village, in the Shaanxi province. As Space.com reports, the footage appears to be taken from a school yard, with children audible in the foreground.

It's not the first report of Chinese rocket parts plummeting out of the sky. In May, the core stage of China’s gigantic Long March 5B rocket, essentially a whopping 37,000 pound piece of shrapnel, made its uncontrolled reentry into Earth's atmosphere.

Pieces of the core stage eventually appeared to have crashed down on the Ivory Coast in Africa.

The satellite, called Gaofen 11, is capable of showing features as small as just three feet across back on the ground. According to state media, those images will be used for city planning, road network design, and other infrastructure planning projects.