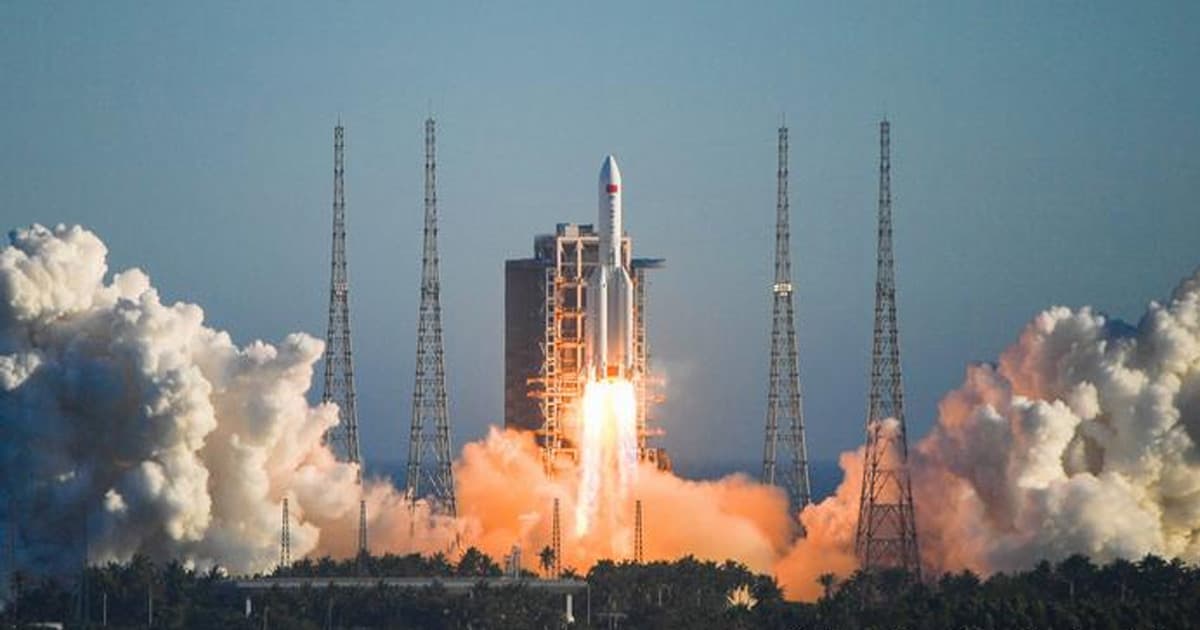 On September 4, China launched a mysterious, top-secret "reusable test spacecraft" atop a Long March 2F rocket at the country’s Jiuquan Satellite Launch Center in Inner Mongolia. And according to state media, it made its way safely back down to Earth after spending two days in orbit.

The spacecraft is shrouded in mystery. We don't know what it looks like, what it does — or even exactly where and when it landed, as Space.com points out.

Adding to the mystery, SpaceNews reports, is the fact that the spacecraft appeared to have released an unknown object before making its return journey.

All we got from officials was an extremely brief update from state media website Xinhua News. "China's reusable experimental spacecraft on Sunday returned to the scheduled landing site after a two-day in-orbit operation," reads the succinct update.

According to the report, the vehicle is designed to carry Chinese astronauts to and from space, and is not for military use — despite the secrecy.

"The successful flight marked the country's important breakthrough in reusable spacecraft research and is expected to offer convenient and low-cost round trip transport for the peaceful use of the space," read the update.

Jonathan McDowell, astronomer at the Harvard-Smithsonian Center for Astrophysics and satellite tracker, suggested on Twitter that the spacecraft may be similar to the top secret X-37B spy plane built by the US Air Force.

However, he didn't rule out that it could be a SpaceX "Dragon-style capsule with a parachute landing in the Taklamakan [desert] somewhere."