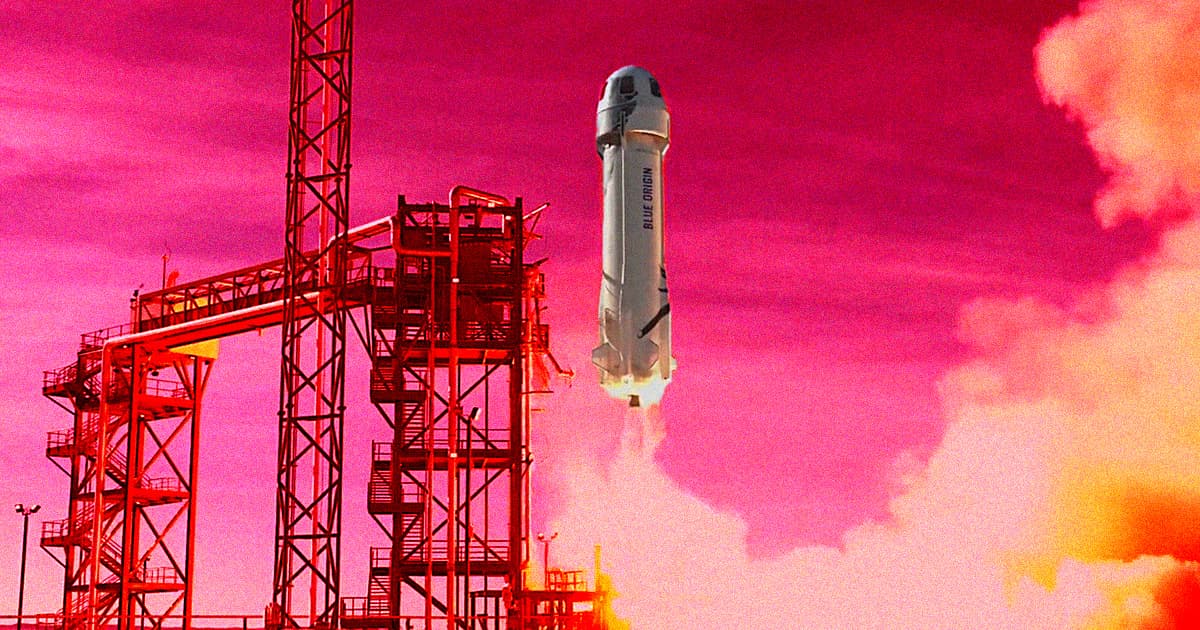 Blue Origin Employees Say They Don't Think Its Rocket Is Safe, Wouldn't Ride In It

We wrote yesterday about the employees' claims that Blue Origin harbors a shockingly sexist work culture. Another alarming takeaway from the letter, though, comes from a completely different direction, claiming that the company also has a poor safety culture around its rockets. The problems are so bad that the authors say they wouldn't feel safe riding in a Blue Origin rocket, given the chance.

"Many of us have spent our careers dreaming of helping to launch a crewed rocket into space and seeing it safely touch back down on Earth," the employees wrote. "But when Jeff Bezos flew to space this July, we did not share his elation. Instead, many of us watched with an overwhelming sense of unease. Some of us couldn’t bear to watch at all."

Notably, the authors don't list any single safety issue with Blue Origin's New Shepard rocket. Instead, they describe a work culture in which overstretched teams had more and more work piled onto them without reasonable increases in personnel or budget.

That culture, coupled with a lack of overarching safety regulations for the nascent commercial spaceflight industry, they argue, forced the staff to prioritize speed over safety, increasing the chances that safety issues flew under the radar.

"Blue Origin has been lucky that nothing has happened so far," one anonymous engineer contributed to the article. "Many of this essay’s authors say they would not fly on a Blue Origin vehicle. And no wonder — we have all seen how often teams are stretched beyond reasonable limits."

READ MORE: Bezos Wants to Create a Better Future in Space. His Company Blue Origin Is Stuck in a Toxic Past. [Lioness]

Pale Blue Shat
William Shatner Explains Why His Trip to Space Was Horrible
12. 9. 22
Read More
Monkey Business
China Plans to Send Monkeys to Space Station to Have Sex With Each Other
11. 3. 22
Read More
Overview Effect
William Shatner Says His Space Trip Left Him With a Feeling of Terrible Grief
10. 11. 22
Read More
+Social+Newsletter
TopicsAbout UsContact Us
Copyright ©, Camden Media Inc All Rights Reserved. See our User Agreement, Privacy Policy and Data Use Policy. The material on this site may not be reproduced, distributed, transmitted, cached or otherwise used, except with prior written permission of Futurism. Articles may contain affiliate links which enable us to share in the revenue of any purchases made.
Fonts by Typekit and Monotype.