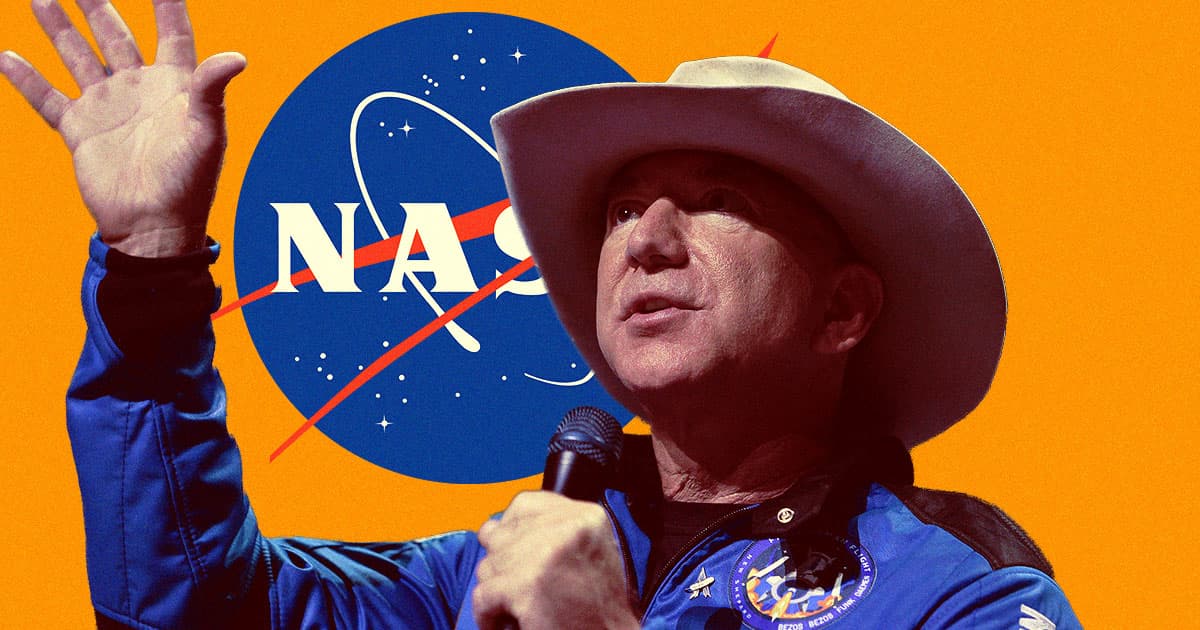 The US Court of Federal Claims has released a 47 page document detailing its decision to drop Blue Origin's legal challenge against NASA — and it's a scathing rebuttal, full of damning details.

In the documents, shared by New York Times space reporter Joey Roulette on Twitter today, the court expanded on its decision.

"The Court finds that Blue Origin does not have standing because it did not have a substantial chance of award but for the alleged evaluation errors," it reads.

The court also found that Blue Origin's proposal "was priced well above NASA's available funding and was itself noncompliant."

Here's the background, by the way. NASA picked SpaceX over Blue Origin for its Human Landing Systems contract in April. Blue Origin CEO Jeff Bezos didn't like that decision, and felt like his company was being unfairly excluded from the competition.

Bezos then sued NASA, arguing the agency didn't give his company a fair chance.

Earlier this month, a Federal Claims court judge rejected Blue Origin's argument that NASA was being unfair, giving SpaceX the green light to continue its development of a Starship variant capable of returning astronauts to the Moon.

Now, we get to hear the full story as to why the court made its decision. In the newly released document, the court argued that "NASA provided a thorough, reasoned evaluation of the proposals," and that the agency never acted against the law.

At the time, Blue Origin argued that NASA was giving SpaceX an unfair chance by waiving safety requirements for the Elon Musk-led company's activities.

The company also argued that SpaceX's plan required far too many Starship launches to get astronauts to the Moon, including half a dozen fuel runs into orbit.

In a controversial graphic it published back in August, Blue Origin took a swipe at SpaceX, arguing it only needed three — not over ten launches like SpaceX — to return astronauts to the Moon.

The graphic also called out their competitor's plan as "immensely complex and high risk" thanks to the many launches.

But the newly released filings suggest that Blue Origin was secretly proposing to get astronauts to the Moon using a much larger number of launches as well, meaning that its comms strategy was deeply hypocritical.

In other words, Blue Origin was ready to show up to the table with a backup plan that sounded a lot more like SpaceX's, including "multiple launches" to fill "a propellant depot" in low-Earth orbit, according to the new fillings.

The judge saw through the ruse and called out Blue Origin's backup proposal for being "purely speculative, including hypothetical pricing and hypothetical technical ratings."

It's a damning piece of evidence that sheds even more negative light on Blue Origin's lawsuit against NASA.

Hopefully, NASA and SpaceX will be able to move on and leave the court case behind them — Blue Origin's lawsuit has already delayed the space agency's efforts to establish a launch system capable of returning the first humans to the lunar surface since the Apollo era.

More on the lawsuit: Federal Judge Shoots Down Blue Origin's Lawsuit Against NASA

Read This Next
Shoo
Scientists Warn Giant Asteroid Is Actually Swarm, Nearly Impossible to Destroy
A Sip of Opal
NASA Discovers Precious Gemstones on Mars
Moon Wrestling
The Head of NASA Is Scared Chinese Astronauts Will Seize Portions of the Moon
Shot Well
Head of NASA Relieved to Hear Elon Musk Isn't REALLY Running SpaceX
Pale Blue Shat
William Shatner Explains Why His Trip to Space Was Horrible
More on Off World
Infra-Red Alert
Yesterday on the byte
James Webb Reveals Mysteriously Powerful "Engine" of Two Merging Galaxies
Die to Fight Anot...
Yesterday on the byte
Mysterious Russian Satellite Explodes
Heavy Metal
Tuesday on the byte
NASA Mars Rover Finds Metallic Object That Smashed Down on Surface
READ MORE STORIES ABOUT / Off World
Keep up.
Subscribe to our daily newsletter to keep in touch with the subjects shaping our future.
+Social+Newsletter
TopicsAbout UsContact Us
Copyright ©, Camden Media Inc All Rights Reserved. See our User Agreement, Privacy Policy and Data Use Policy. The material on this site may not be reproduced, distributed, transmitted, cached or otherwise used, except with prior written permission of Futurism. Articles may contain affiliate links which enable us to share in the revenue of any purchases made.
Fonts by Typekit and Monotype.