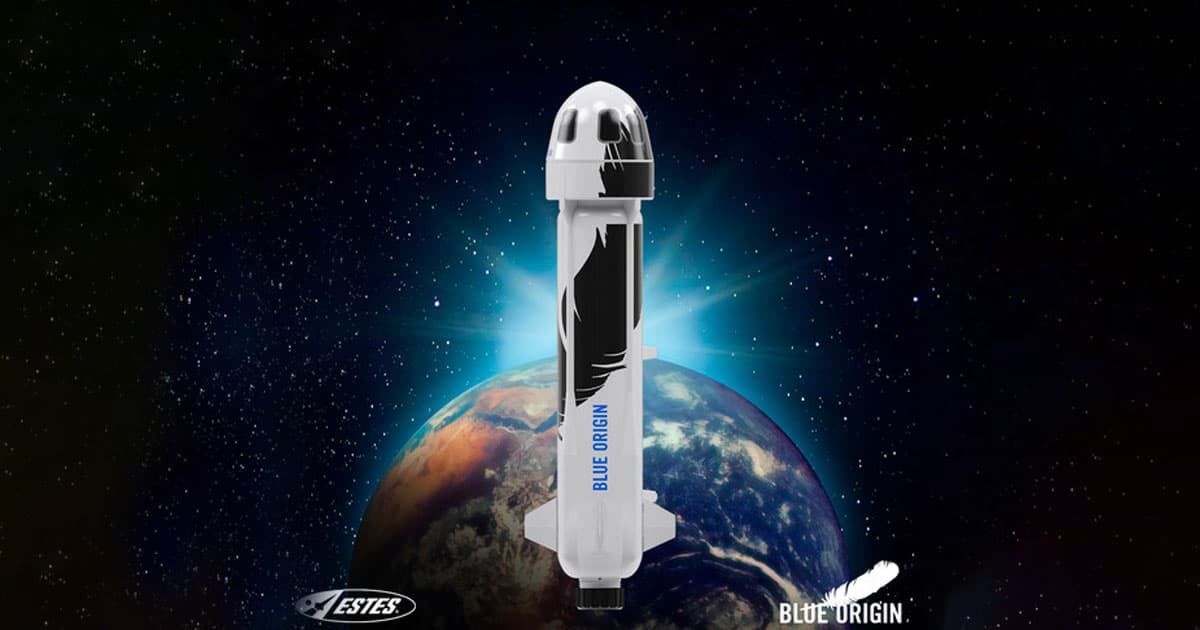 Model rocket maker Estes has released a 1/66 scale model of Blue Origin's dick-shaped New Shepard rocket — and we are here to warn you that whatever it looks like, it is not an operable sex toy.

No, folks, this plastic object that bears a striking resemblance to a penis is not meant to pleasure oneself.

That's in spite of its sticker price of $69.99, which admittedly sounds like a crude joke. But just to reiterate, as far as we can tell, it's serious. It just happens to be based on a rocket that, to the bemusement of experts, looks a lot like a dong.

To be fair, as far as model rockets go, it's kinda awesome. The model can be launched 400 feet into the air — if you're willing to shell out extra for the launch pad, an electronic launch controller, engines, and some wadding for recovery, which all works out to a total of $109.99.

Unsurprisingly, the internet had a bit of a field day with the model rocket.

Gizmodo gave some insightful advice: "Just make sure not to shoot your wad too early, a problem that can really limit your enjoyment of the rocket — a rocket that looks like a human schlong."

The Verge took a slightly more somber tone, pointing out the dystopian element of buying a scale model of a billionaire tyrant's rocket.

"Sure, some people say the trip was a huge vanity project; a colossal pissing-contest between egotistical, morally blind billionaires whose pocket change could save countless human lives with just as much intrinsic value as their own," reads The Verge's piece, "but to that I say: stop being such a bummer, dude!!"

Just don't do anything stupid. You have been warned.