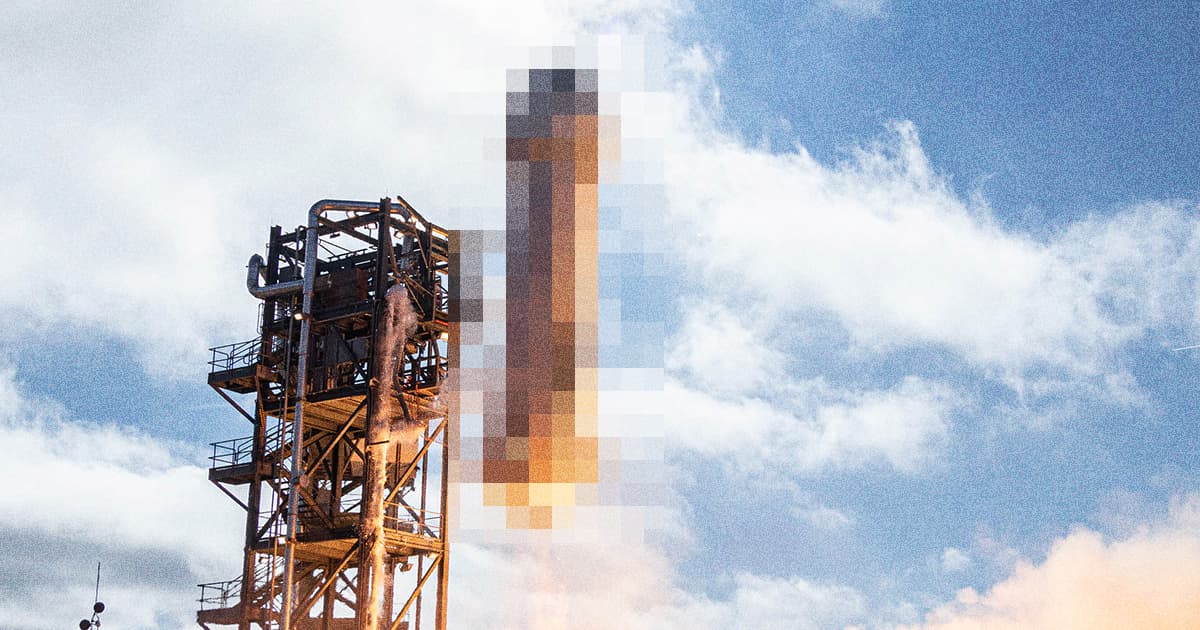 Nice, uh, rocket you got there, Jeff.

Nice, uh, rocket you got there, Jeff.

On Tuesday, world's richest man Jeff Bezos almost-kind-of made it to space as part of Blue Origin's first crewed mission.

The mission went off without a hitch — but questions remain about why Blue Origin's New Shepherd spacecraft looks so much like a gigantic, metallic dong. Whether that's an ode to Bezos and other billionaires' exhausting conquest of space or an unfortunate coincidence of engineering, the rocket's unusual design has caught the eye of the public and academics alike.

Thankfully, The Guardian sought answers to the logic behind what one astrophysicist euphemistically called an "anthropomorphic" design.

Rather than implementing a design that's streamlined from top to bottom, the New Shepherd has a dome-shaped capsule at the tip that's wider than the rest of the spacecraft. Despite the fact that it gives the rocket a comical appearance, the wider capsule is by design, experts told The Guardian. And that's not all that surprising, given the inherent dangers to spaceflight and the careful design that needs to go into developing a spacecraft.

"There's a long history of what we call hammerhead rockets," Harvard-Smithsonian Center for Astrophysics astronomer Jonathan McDowall told The Guardian. "If you're careful, it actually has perfectly fine aerodynamics."

"They went through a lot of iterations coming up with the perfect shape to give them the most volume, the best windows, and [a design that] wouldn’t kill anyone onboard," astrophysicist Scott Manley also told the publication. "And this is the shape they came up with, this dome shape."

As for the rest of it, it turns out that a narrower rocket is easier to balance than a wider one, so Blue Origin made things a lot easier on itself by deciding not to arbitrarily match the width of the rocket to the width of the dome at the end, space analytics expert Laura Forczyk told The Guardian.

"It comes down to optimizing two different things and not being able to make them quite match," McDowell told The Guardian.

"I don't know if I would have made the design this way, but I'm sure it was driven entirely by physics," Forczyk added.

READ MORE: Why does Jeff Bezos’s rocket look like that? An inquiry [The Guardian]