It's a massively ambitious plan. 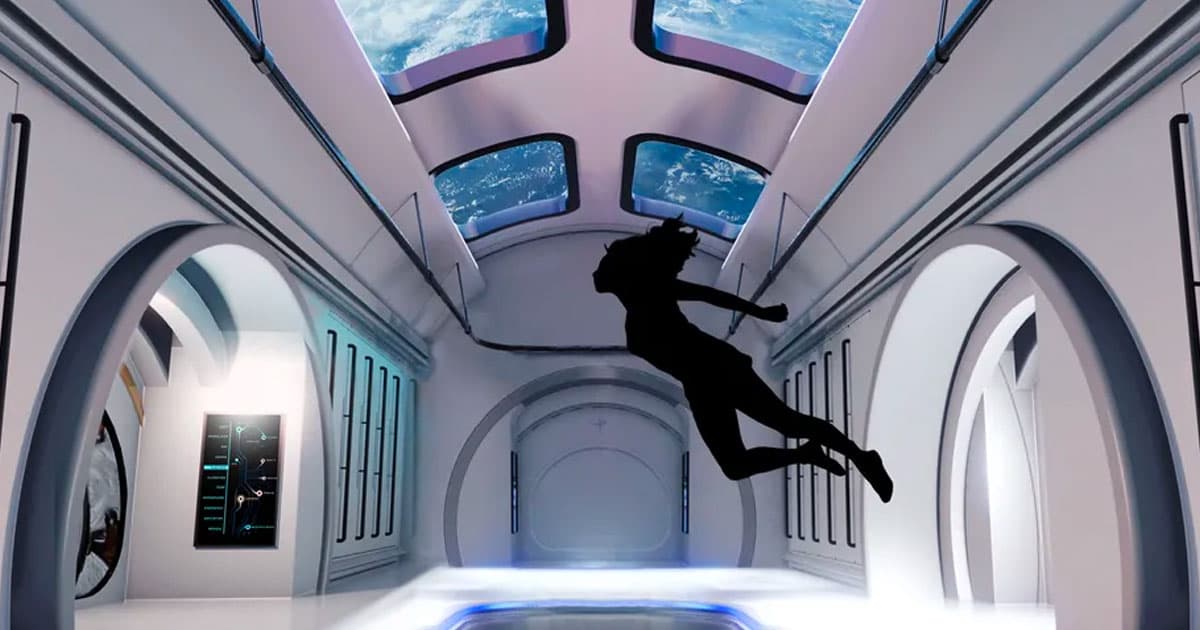 The massive station — or at least its design — is a collaborative effort with spaceflight company Sierra Space, a Sierra Nevada Corporation subsidiary.

Blue Origin says it has the backing of several industry leaders including Boeing — but when or if its station will ever actually get built is up for debate. So far, the company has only flown a suborbital tourist rocket called New Shepard to the edge of space.

Its ambitions to design a lunar lander are also mired in controversy, with Bezos suing NASA over its decision to award its lunar lander contract to SpaceX.

Blue Origin may be gunning for NASA funding through other avenues with today's announcement. The space agency recently announced its Commercial Low Earth Orbit Development program, making up to $400 million of funding available.

The agency received "an incredibly strong response from industry to our announcement for proposals for commercial, free fliers that go directly to orbit," director of commercial spaceflight Phil McAlister told CNBC last month.

"This strong industry response shows that our plan to retire the International Space Station in the latter part of this decade and transition to commercial space destinations is a viable, strong plan," he added.

Lockheed Martin and commercial space startup Nanoracks also recently announced that they're collaborating on the development of a commercial space station called Starlab. The small outpost will be made up of a single docking node as well as an inflatable module to provide power and propulsion.

Blue Origin, however, has much more ambitious plans in mind. Orbital Reef will attempt to pick up where the International Space Station leaves off, starting up as soon as the aging outpost is retired within the next ten years or so.

The futuristic-looking station is designed to house up to ten people and will be able to have spacecraft and modules dock at multiple ports.

The idea is to have other customers make use of the "mixed use business park" facility through an "open system architecture," according to a press release.

"As the premier commercial destination in low Earth orbit, Orbital Reef will provide the essential infrastructure needed to scale economic activity and open new markets in space," the release reads.

It's an exciting new prospect and a bold new vision for an ISS-less future. But whether Blue Origin, a space company currently in crisis mode, will be able to realize it — in the second half of this decade no less — remains anything but clear.

Read This Next
Shoo
Scientists Warn Giant Asteroid Is Actually Swarm, Nearly Impossible to Destroy
A Sip of Opal
NASA Discovers Precious Gemstones on Mars
Moon Wrestling
The Head of NASA Is Scared Chinese Astronauts Will Seize Portions of the Moon
Shot Well
Head of NASA Relieved to Hear Elon Musk Isn't REALLY Running SpaceX
Pale Blue Shat
William Shatner Explains Why His Trip to Space Was Horrible
More on Off World
Stunning Centaur
Yesterday on the byte
James Webb Spots Asteroid With Its Own Saturn-Like Rings
Grrrrrrrr
Friday on the byte
Internet Erupts as NASA Spots Cartoon Bear on Surface of Mars
Gl1tc4
Friday on the byte
NASA Says Another James Webb Instrument Has Suffered a Glitch
READ MORE STORIES ABOUT / Off World
Keep up.
Subscribe to our daily newsletter to keep in touch with the subjects shaping our future.
+Social+Newsletter
TopicsAbout UsContact Us
Copyright ©, Camden Media Inc All Rights Reserved. See our User Agreement, Privacy Policy and Data Use Policy. The material on this site may not be reproduced, distributed, transmitted, cached or otherwise used, except with prior written permission of Futurism. Articles may contain affiliate links which enable us to share in the revenue of any purchases made.
Fonts by Typekit and Monotype.