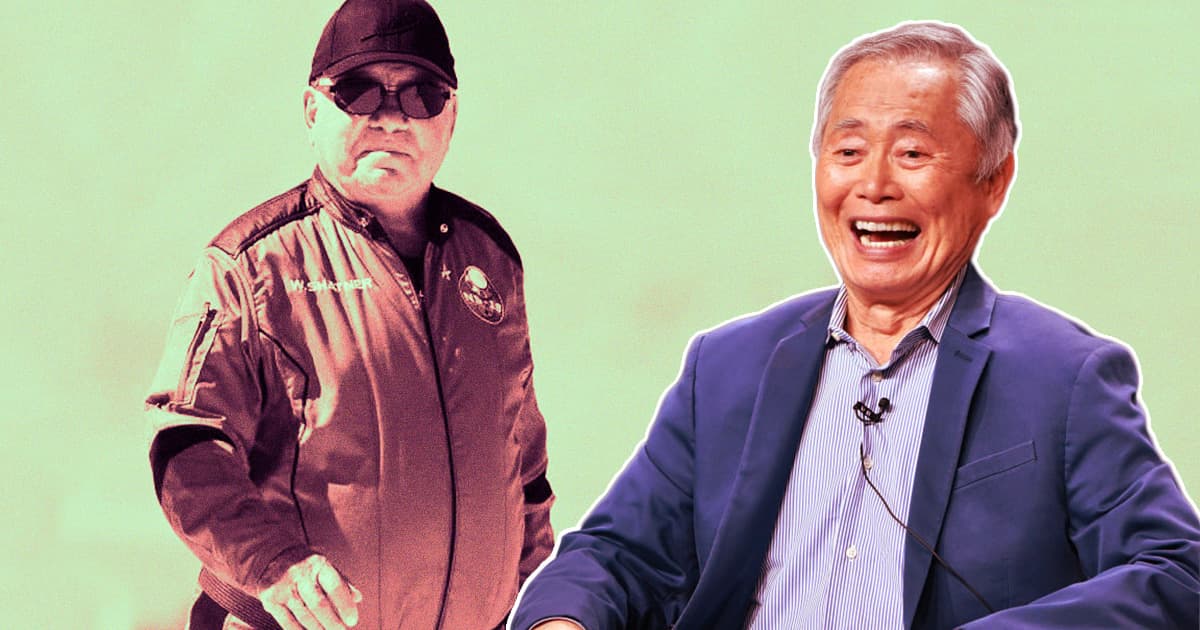 "He’s boldly going where other people have gone before."

"He’s boldly going where other people have gone before."

"So 90-years-old is going to show a great deal more on the wear and tear on the human body, so he’ll be a good specimen to study," Takei told tabloid Page Six. "He’s boldly going where other people have gone before."

Shatner blasted through the upper atmosphere on board Blue Origin's New Shepard spacecraft on Wednesday, experiencing several minutes of weightlessness — which he spent staring out of one of the capsule's windows instead of doing somersaults or watching objects float by.

It's a rather strange lashing out, as Takei seems to be mostly concerned with Shatner's age, calling him a "guinea pig" being used to study what happens to older folks in microgravity.

Unsurprisingly, the two "Star Trek" stars have had a bit of a falling out and aren't on the greatest of terms.

According to Takei's 1994 biography, Shatner ignored him on the set of "Star Trek" and allegedly changed the script to that his character Hikaru Sulu would never take command of a spaceship.

Defending himself this week, Shatner shot back, telling Page Six that "there’s a psychosis there... There must be something else inside George that is festering, and it makes him unhappy that he takes it out on me."

"Why would he go out of his way to denigrate me? It’s sad, I feel nothing but pity for him," he added.