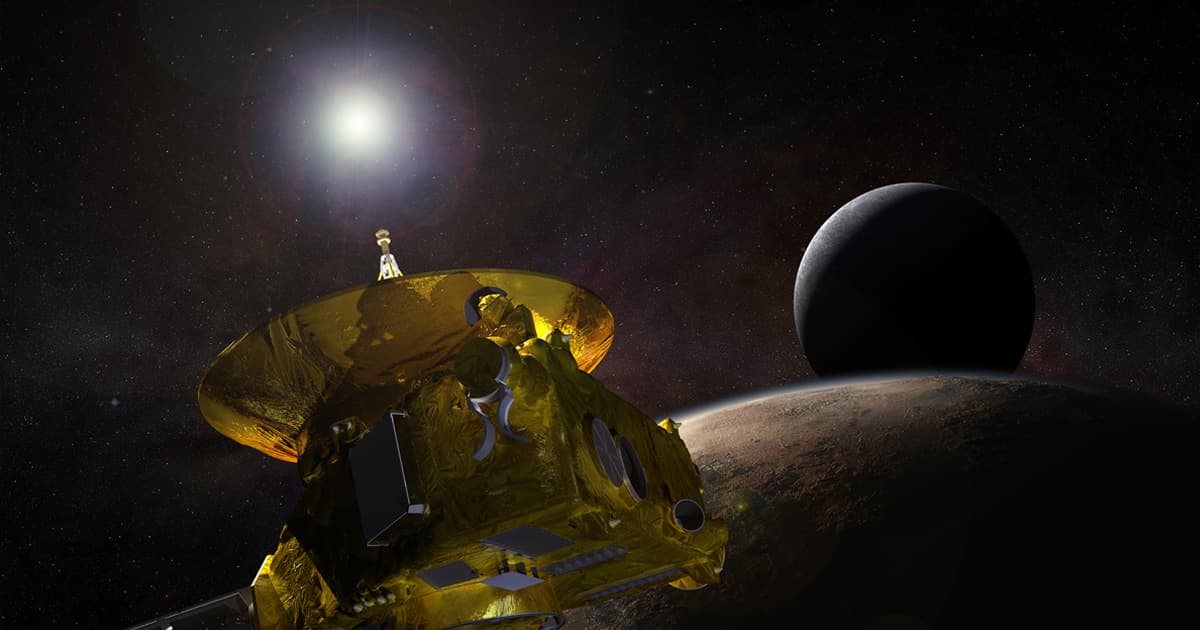 Astronomers Can't Explain Where Half the Universe's Light Is Coming From

Well, this is strange.

Well, this is strange.

Five years ago, the New Horizons spacecraft sailed past Pluto and deeper into the Kuiper Belt.

Because it's so far from both the Sun and the cosmic dust in the nearer solar system that reflects its light, blinding astronomers, scientists decided to use New Horizons' instruments to determine just how bright the universe actually is. Even after filtering out every known source of illumination, NPR reports, about half the light remained — revealing either some unknown phenomenon, the limitations of our tech, or both.

The light from all known sources in the cosmos was approximately equivalent to everything that remained, according to the team's research, which has been accepted for publication by The Astrophysical Journal. That could mean that there are more galaxies out there that are too distant or dim for our telescopes to pick up on. Or, as study coauthor and Space Telescope Science Institute astronomer Marc Postman told NPR, there could be "some other source of light that we don't yet know what it is."

Basically, it's possible there's some unexplained background glow in the cosmos.

"They're saying that there's as much light outside of galaxies as there is inside of galaxies, which is a pretty tough pill to swallow, frankly," Rochester Institute of Technology astrophysicist Michael Zemcov told NPR.

Zemcov didn't work on the new study, but he's conducted similar research in the past and he says the new findings are credible. That pill he mentioned has more to do with accepting that astronomers so severely missed the mark rather than skepticism.

"It's very difficult to turn around and say to the astronomical community, like, 'Hey, guys, we're missing half of the stuff out there,'" he told NPR.