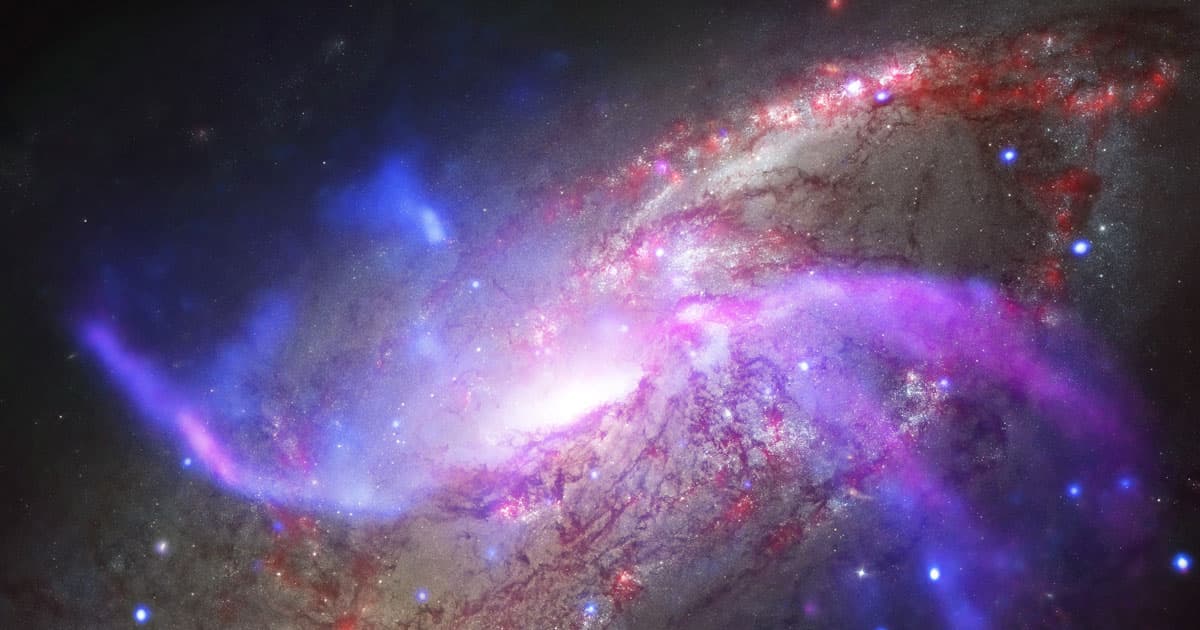 As it tumbles outward, turbulence tends to fall into a uniform pattern.

As it tumbles outward, turbulence tends to fall into a uniform pattern.

Scientists found a way to make sense of particularly chaotic events in nature.

Thanks to a new set of equations for modeling turbulence, scientists can now better predict things like how galaxies form in distant space, complex weather patterns here on Earth, and nuclear fusion. According to the research, published this Spring in the journal Physical Review Letters, turbulence may start out chaotic but then falls into a more uniform pattern that scientists can readily model and understand.

The University of Rochester scientists behind the study created massive simulations of turbulence using the Lawrence Berkeley National Laboratory's supercomputer before they eventually arrived at a simple set of equations that could describe the patterns of turbulence.

The key was realizing that turbulence tends to behave similarly as it moves outwards regardless of what caused it in the first place.

"This loss of memory makes those structures at the small scales behave in a universal fashion," said Rochester mechanical engineer Hussein Aluie in a press release.

"You can use it theoretically, you can use it with numerical simulations, and apply it on observations from experiments or even from satellites," Aluie said. "It is very versatile."

READ MORE: Proposed set of conservation laws find order in the chaos of turbulence [University of Rochester via Phys.org]