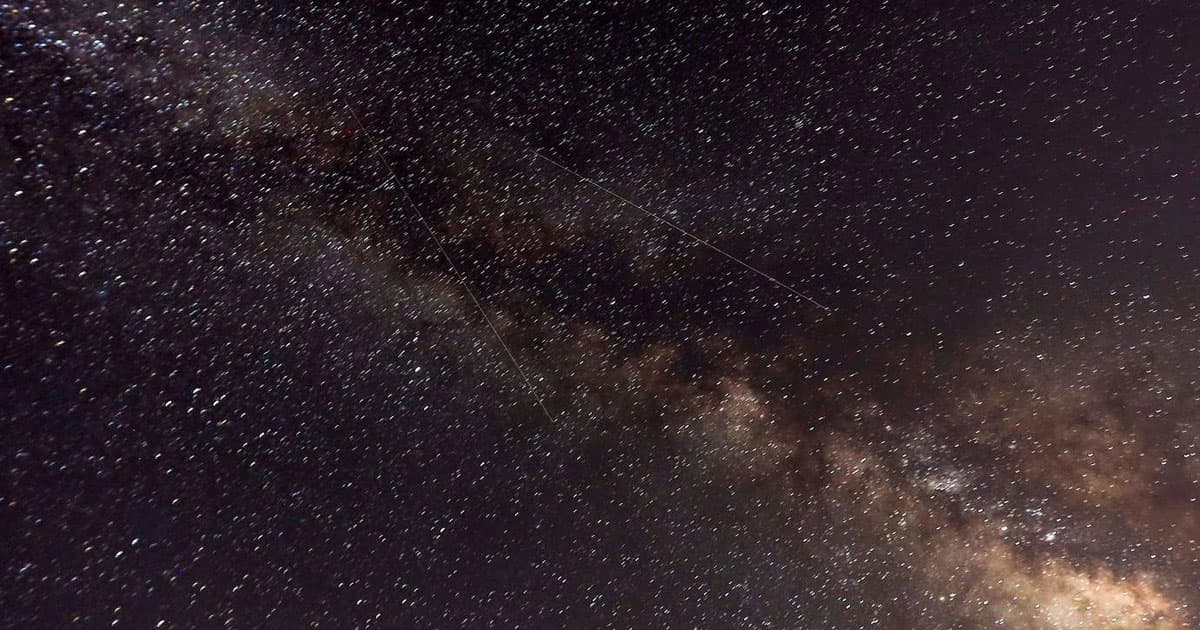 The Low Frequency Array (LOFAR) telescope is quickly making good on its promise.

The Netherlands-based array picks up low radio frequencies, including the traces of radiation that form when galaxies merge. Now, an international team of scientists has published the first research made possible by LOFAR — and it adds 300,000 previously unknown galaxies to our map of the universe.

Because LOFAR can detect low radio frequencies invisible to other telescopes, it was able to record huge quantities of previously undetectable data during its survey of the sky — about 10 million DVDs worth. According to Netherlands Institute for Radio Astronomy (ASTRON) researcher Timothy Shimwell, processing that data to generate maps featuring these 300,000 additional galaxies was a team effort.

“We have been working together with SURF in the Netherlands to efficiently transform the massive amounts of data into high-quality images,” he said in a press release. “These images are now public and will allow astronomers to study the evolution of galaxies in unprecedented detail.”

Astronomers are likely to use the new map to study black holes.

“If we take a radio telescope and we look up at the sky, we see mainly emission from the immediate environment of massive black holes,” Leiden University researcher Huub Röttgering said in the press release. “With LOFAR we hope to answer the fascinating question: where do those black holes come from?”

Others might use the new images to support research on magnetic fields or the relationships between galaxies — and ultimately, ASTRON Director General Carole Jackson sees nothing but potential for the new maps.

“This sky map will be a wonderful scientific legacy for the future,” she said in the press release. “It is a testimony to the designers of LOFAR that this telescope performs so well.”

More on black holes: A Philosopher Is Trying to Figure out What Black Holes Really Are