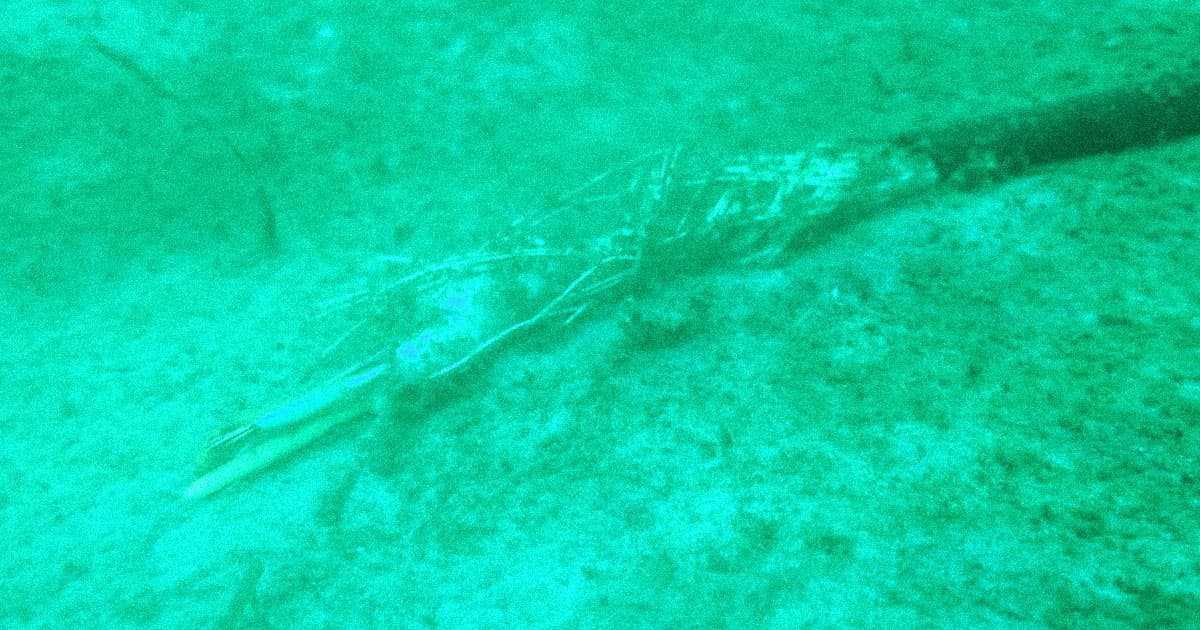 An Underwater Research Station Has Vanished Without a Trace

Without any leads, the scientists are asking the public for tips.

Without any leads, the scientists are asking the public for tips.

An underwater research station off the coast of Germany has vanished without a trace, leaving scientists completely baffled.

Scientists monitoring the Boknis Eck Observatory noticed that their data feeds suddenly went blank in late August. When divers went out to check on the equipment, Gizmodo reports that they found that the entire observatory was missing. The researchers behind the observatory, the GROMAR Helmholtz Center for Ocean Research Kiel, put out a statement on Tuesday calling for any tips on its whereabouts from the public — until it's returned, scientists will have to operate without what they called "downright priceless" data on environmental conditions in the area.

GEOMAR suggested that a massive storm or marine animal may have ripped the equipment — weighing hundreds of pounds — from its anchors. All that's left at the scene is the shredded fiber optic cable that transmitted the observatory's data to scientists working on solid ground.

But the culprits also could have been people, Gizmodo suggests. Any possible explanations are utterly speculative at this point, but it's possible that looters or even some sort of nefarious criminals or state actors dove down to dismantle and make off with the observatory's instrumentation.

But without any definitive evidence on what happened — and so far there isn't any — the observatory's disappearance is all one big mystery.

More on underwater science: A New Deep-Sea Robot Can Shape-Shift Into an Autonomous Submarine

Brands We Love
The New 'What if 100' Book Uses Real Science to Answer Wild Hypothetical Questions
3. 10. 21
Read More
Brands We Love
Watch Thousands of Thought-Provoking Shows and Documentaries on Curiosity Stream
9. 4. 20
Read More
Brands We Love
Go Beyond The Science Headlines With The Fundamentals Of Physics Course
8. 13. 20
Read More
+Social+Newsletter
TopicsAbout UsContact Us
Copyright ©, Camden Media Inc All Rights Reserved. See our User Agreement, Privacy Policy and Data Use Policy. The material on this site may not be reproduced, distributed, transmitted, cached or otherwise used, except with prior written permission of Futurism. Articles may contain affiliate links which enable us to share in the revenue of any purchases made.
Fonts by Typekit and Monotype.