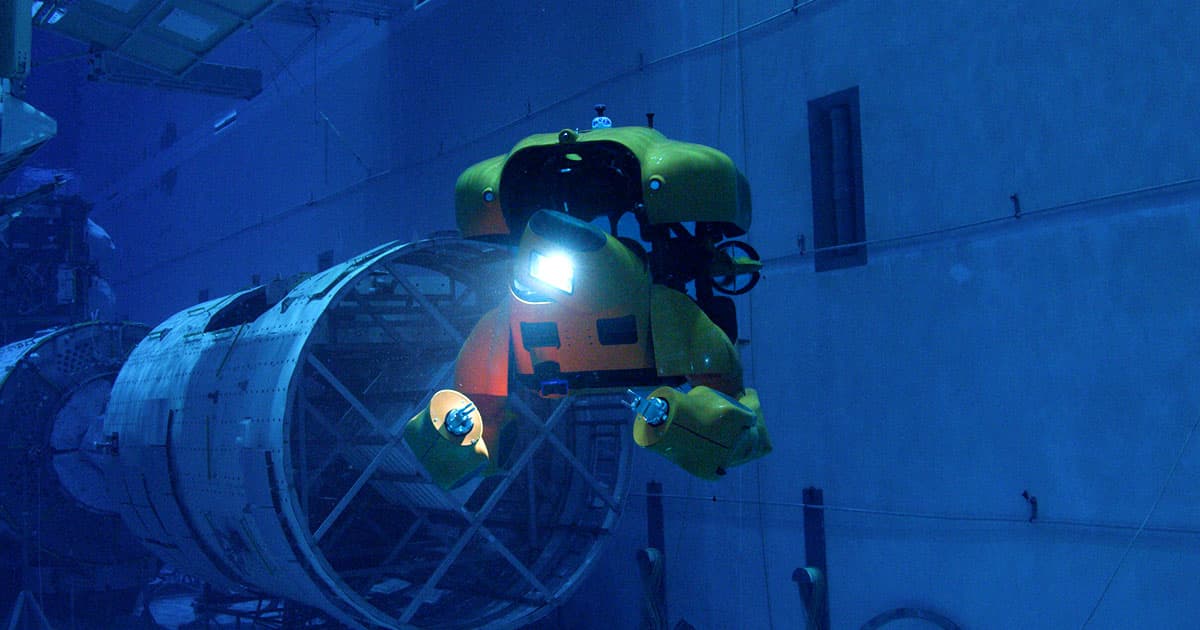 Aquanaut has both a humanoid and submarine form for deep-sea work.

Aquanaut has both a humanoid and submarine form for deep-sea work.

A new autonomous robot called Aquanaut may be the closest thing we have to a real-life Transformer.

The robot can shape-shift between a mermaid-like humanoid form and a submarine form, according to IEEE Spectrum. That makes it better-suited for deep-sea repairs and other tasks that other robots struggle to perform — but are too dangerous for human divers.

IEEE Spectrum's Evan Ackerman watched Aquanaut during a test beneath the surface of a gigantic swimming pool that NASA uses to simulate microgravity for astronauts-in-training, where he watched the autonomous sub open up its outer chassis to reveal two claw-like arms.

For now, the robot is limited to swimming pool tests, IEEE Spectrum reports. But after that will come expeditions into in the ocean and then active deployment, where it's expected to service the deep-sea components of oil and gas-mining rigs.

The NASA pool access comes courtesy of the two-dozen or so former NASA employees who now work at Houston Mechatronics, Inc, the company developing Aquanaut.

"The type of skills that we have at NASA," HMI co-founder Nic Radford told IEEE Spectrum, "putting robots in remote locations, and getting them to do useful work in austere data environments, best matched this big problem: working offshore."