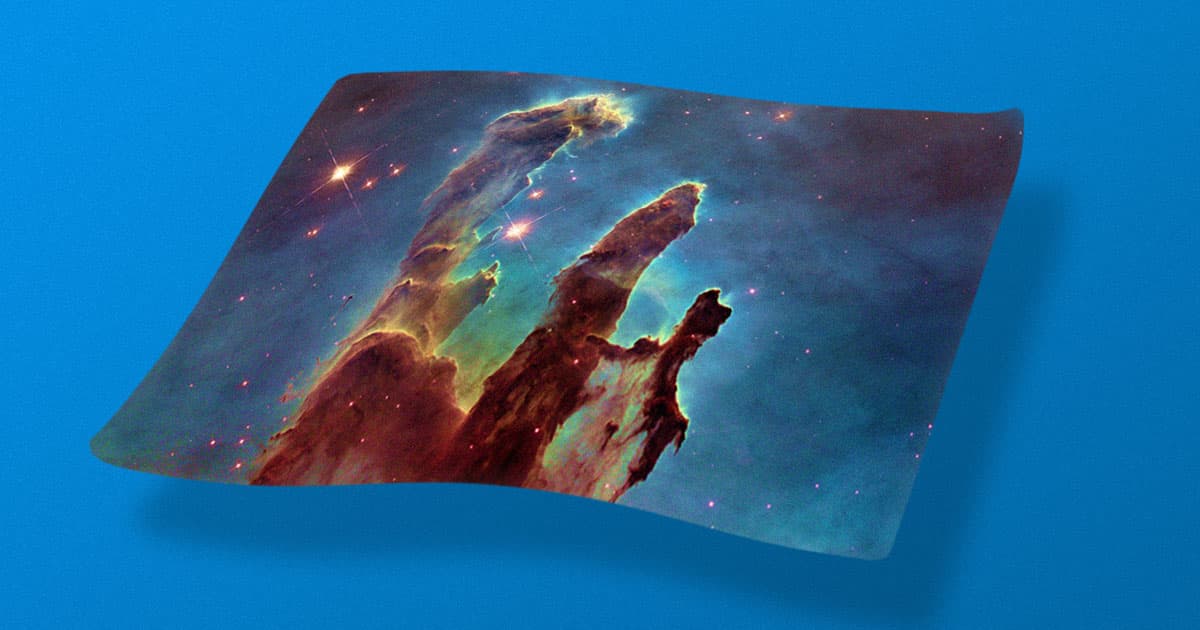 The research weakens the anthropic argument for life.

The research weakens the anthropic argument for life.

In theory, a two-dimensional universe may still be able to support life.

That statement runs in stark opposition to what's called the anthropic argument, which states that if the fundamental properties of our three-dimensional universe were tweaked, life would no longer be possible.

It's a bold claim, but University of California physicist James Scargill did the work to back it up. In a paper published this month to the preprint server ArXiv, Scargill describes how a so-called 2+1 universe — that's two spatial dimensions and one time dimension — could sustain gravity and complex biological systems, upending many assumptions about the nature and requirements for life as we know it.

Scargill concedes that his work doesn’t by any means guarantee that life would emerge in a flatter universe, according to MIT Technology Review. Rather, his new paper pokes holes in many of the arguments that scientists have presented for why it ­couldn't.

In his paper, Scargill analyzes the properties of neural networks — the biological kind, not artificial — and models how similar, two-dimensional networks might be able to function. Down the road, he writes that he wants to validate his work by making his models of neurons more realistic.

"In particular it would be interesting to determine if there might be other impediments to life which have so far been overlooked," he writes in his paper, "as well as to continue to search for non-anthropic explanations for the dimensionality of space-time."

READ MORE: Life could exist in a 2D universe (according to physics, anyway) [MIT Technology Review]

Quacks Like a Duck
Those Headlines About Scientists Building a Wormhole Are Total Nonsense, People
12. 1. 22
Read More
Good Samaritan
Physics Dept Gets Random Box Full of $180K in Untraceable $50s and $100s
12. 22. 21
Read More
Venus Smells Like Rotting Fish
Breaking: Researchers Discover Signs of Life on Venus
9. 14. 20
Read More
+Social+Newsletter
TopicsAbout UsContact Us
Copyright ©, Camden Media Inc All Rights Reserved. See our User Agreement, Privacy Policy and Data Use Policy. The material on this site may not be reproduced, distributed, transmitted, cached or otherwise used, except with prior written permission of Futurism. Articles may contain affiliate links which enable us to share in the revenue of any purchases made.
Fonts by Typekit and Monotype.