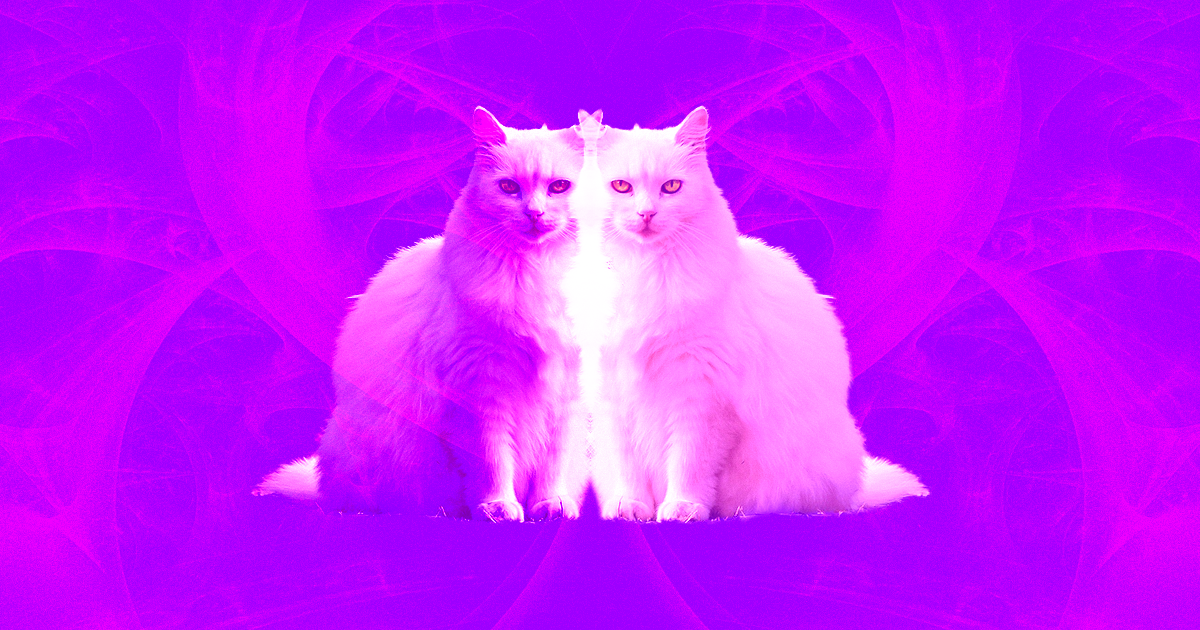 In 1935, physicist Erwin Schrödinger concocted a thought experiment to illustrate a pair of strange quantum physics phenomena: superposition and unpredictability.

The experiment became known as Schrödinger’s cat, and for more than 80 years, it's served as a cornerstone of quantum physics. But in a newly published study, a team of Yale scientists essentially destroys the premise at the center of the experiment — groundbreaking work that could finally allow researchers to develop useful quantum computers.

Schrödinger’s cat might be the most famous feline that never lived. Or that never died, depending on your perspective.

In the thought experiment, the cat is sealed in a box along with a tiny bit of a radioactive substance that may or may not lose a single atom to decay over the course of an hour — either possibility is equally likely. The box also contains a flask rigged to release a poison if the atom does decay.

How this tortuous thought experiment relates to quantum physics lies in that uncertainty: there's no way to know if the cat is alive or dead at any point within the hour. It's theoretically both alive and dead — until someone opens the box and directly observes the cat.

That's quantum superposition in a nutshell: a quantum system can exist in two states simultaneously, making a random quantum "jump" to one state once observed.

Predicting when a quantum system will "jump" from one state to the other is impossible — or at least that's what experts thought until Monday, when the Yale researchers published a study in the journal Nature detailing their discovery of an early warning system for quantum jumps.

Using a combination of three microwave generators, an aluminum cavity, and a superconducting artificial atom, the team found it could predict when the atom was about to make a quantum jump — they just had to look for a sudden absence of a certain type of photons emitting from the atom.

"The beautiful effect displayed by this experiment is the increase of coherence during the jump, despite its observation," researcher Michel Devoret said in a press release, with his colleague Zlatko Minev adding, "You can leverage this to not only catch the jump, but also reverse it."

That ability to reverse quantum jumps is how this new research could help with the development of quantum computers.

The basic units of quantum information in quantum computing systems are known as qubits. They're analogous to the bits used in traditional computing, but rather than being a 1 or a 0, a qubit can be in both states simultaneously.

Qubits change states in quantum computing systems following calculation errors, and now that researchers have a way to predict these changes, they can more quickly correct those errors and manage the quantum data — making one of the key challenges to creating useful quantum computers a bit less challenging.

"Quantum jumps of an atom are somewhat analogous to the eruption of a volcano," Minev said. "They are completely unpredictable in the long term. Nonetheless, with the correct monitoring we can with certainty detect an advance warning of an imminent disaster and act on it before it has occurred."

READ MORE: Physicists can predict the jumps of Schrödinger’s cat (and finally save it) [Yale News]

Read This Next
Quacks Like a Duck
Those Headlines About Scientists Building a Wormhole Are Total Nonsense, People
Heady Stuff
Experiment Suggests That Consciousness May Be Rooted in Quantum Physics
Big Yikes
Turns Out Schrödinger, the Father of Quantum Physics, Was a Pedophile
Space and Stuff
Scientists Say the Universe Itself May Be "Pixelated"
Good Samaritan
Physics Dept Gets Random Box Full of $180K in Untraceable $50s and $100s
More on Hard Science
Tractor Beam
Jan 26 on the byte
Scientists Build Working Tractor Beam, Although It's Comically Tiny
Having a Blast
Jan 18 on the byte
New Study Shows Where You Should Hide to Survive a Nuclear Attack
Offworld Amino
Jan 15 on the byte
Scientists Find Building Blocks of Life in Meteor That Smashed Into Family's Driveway
READ MORE STORIES ABOUT / Hard Science
Keep up.
Subscribe to our daily newsletter to keep in touch with the subjects shaping our future.
+Social+Newsletter
TopicsAbout UsContact Us
Copyright ©, Camden Media Inc All Rights Reserved. See our User Agreement, Privacy Policy and Data Use Policy. The material on this site may not be reproduced, distributed, transmitted, cached or otherwise used, except with prior written permission of Futurism. Articles may contain affiliate links which enable us to share in the revenue of any purchases made.
Fonts by Typekit and Monotype.