But it's not exactly a powerhouse. 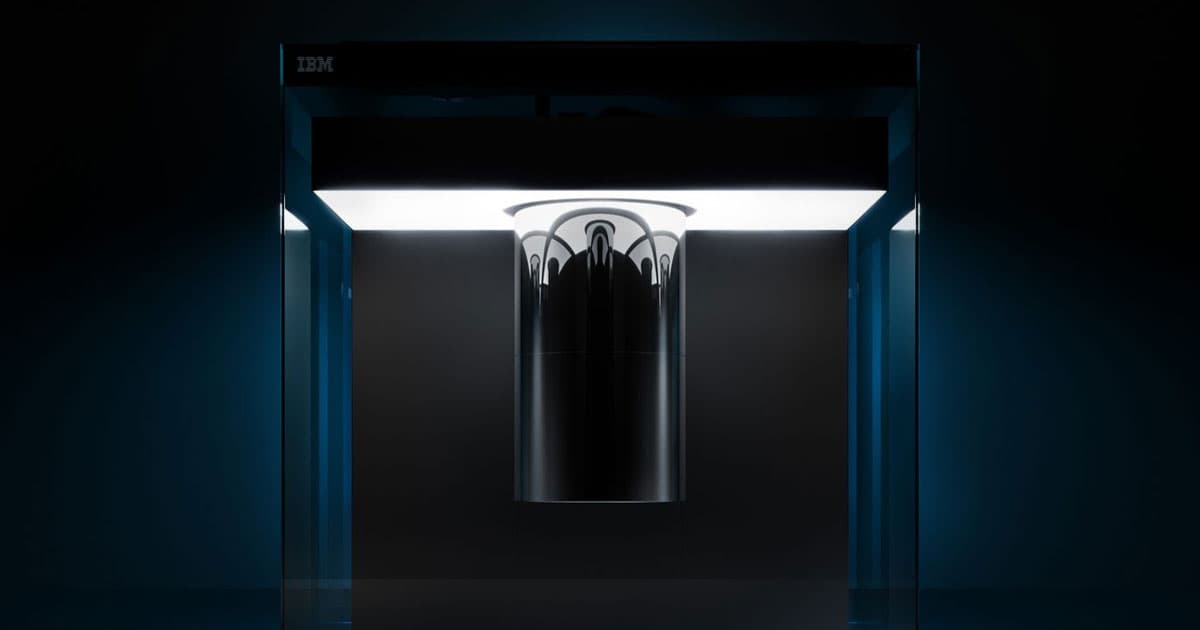 While we're still trying to figure out the possible advantages and applications of quantum computing, IBM has unveiled a sleek commercial quantum computer at this year's Consumer Electronics Show in Las Vegas.

The 20-qubit system, called the IBM Q System One, is essentially a nine-foot glass box that houses the components needed to make quantum computations work, including a cooler that keeps the qubits at just above absolute zero, around -460 Fahrenheit. IBM touts the Q as the "world's first fully integrated universal quantum computing system."

Rather than selling the Q System One, IBM is planning to hook it up to the internet, allowing researchers, scientists, and engineers to take advantage of it remotely.

The System One isn't the most powerful quantum computer out there. In fact, IBM itself already built a more poweful 50-qubit machine back in 2017.

A quantum bit — or qubit for short — is the equivalent of the zeros and ones that form a "bit" in a classic binary computing system. The more qubits, the more computations the machine can do at a time.

20 qubits is not powerful enough to replace the big number-crunching computations a traditional data center has to take care of these days. Researchers believe quantum computers would actually need far more to outperform their binary counterparts.

But that's not the point. IBM is emphasizing that the Q is mostly a symbolic first step into the world of commercial quantum computing. It could also help researchers find applications for quantum computing in the world of science, and business that could make it actually, you know, useful one day.

Read This Next
Heady Stuff
Experiment Suggests That Consciousness May Be Rooted in Quantum Physics
Big Yikes
Turns Out Schrödinger, the Father of Quantum Physics, Was a Pedophile
Space and Stuff
Scientists Say the Universe Itself May Be "Pixelated"
Confirmation Bias
Microsoft Retracts Paper Claiming Quantum Computing Breakthrough
Totally Incoherent
Scientists Create Quantum System That Stays Operational 10,000 Longer
More on Hard Science
Tractor Beam
Thursday on the byte
Scientists Build Working Tractor Beam, Although It's Comically Tiny
Having a Blast
Jan 18 on the byte
New Study Shows Where You Should Hide to Survive a Nuclear Attack
Offworld Amino
Jan 15 on the byte
Scientists Find Building Blocks of Life in Meteor That Smashed Into Family's Driveway
READ MORE STORIES ABOUT / Hard Science
Keep up.
Subscribe to our daily newsletter to keep in touch with the subjects shaping our future.
+Social+Newsletter
TopicsAbout UsContact Us
Copyright ©, Camden Media Inc All Rights Reserved. See our User Agreement, Privacy Policy and Data Use Policy. The material on this site may not be reproduced, distributed, transmitted, cached or otherwise used, except with prior written permission of Futurism. Articles may contain affiliate links which enable us to share in the revenue of any purchases made.
Fonts by Typekit and Monotype.