Everyone's Condemned Russia Blowing Up a Satellite... Except Elon Musk

Elon Musk is being uncharacteristically quiet about the incident. 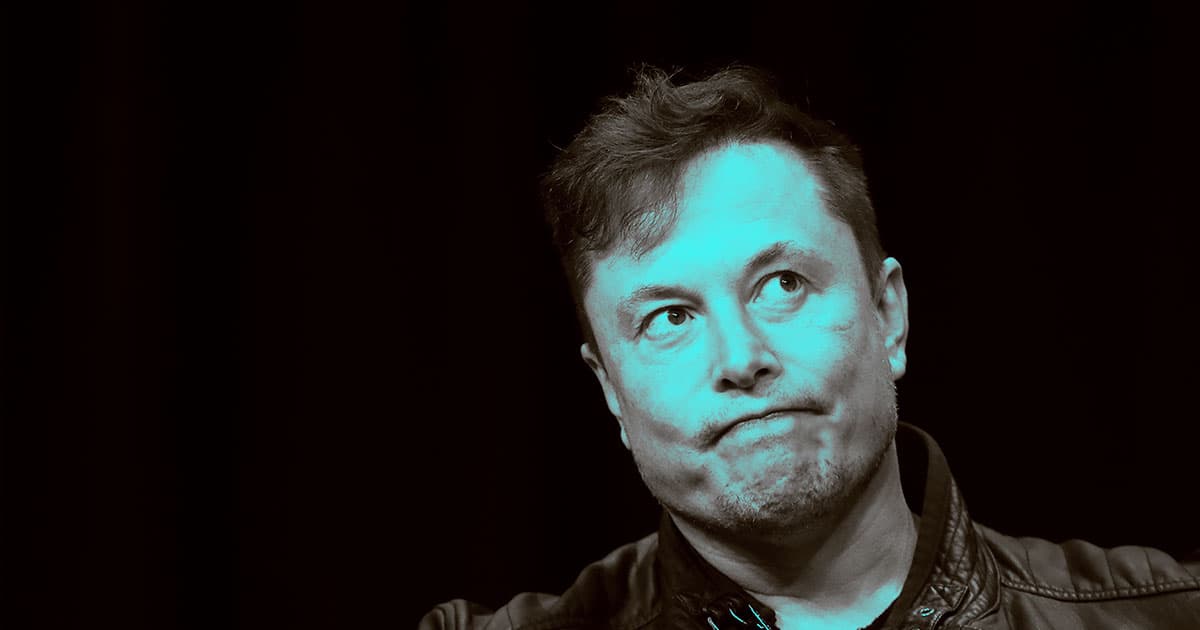 The international space community was in shock when Russia tested an anti-satellite missile, blowing up a decommissioned Russian satellite into over 1,5000 trackable pieces of space junk.

The reckless move immediately forced astronauts on board the International Space Station to hunker down — having bits of satellites whipping around the Earth at over 17,000 mph is terrifying when you're stranded aboard a rickety space station.

The outcry was immediate. The US called the action "irresponsible behavior" that "will not be tolerated." NASA was aghast. Even Axiom Space, a space company in talks with NASA to build a new space station, published a statement condemning the test.

But noticeably absent from the conversation has been SpaceX CEO Elon Musk — a man who has a lot to gain, and even more to lose, in low-Earth orbit.

It's especially odd given the fact that Musk is one of the most vocal CEOs in existence. There's hardly a conversation on Twitter he isn't involved in, from memelording to insulting politicians to beefing with the SEC to crowdsourcing whether he should sell Tesla stock.

But Musk has yet to make any public comment about the scandal, and didn't reply to a request for comment from Futurism.

The bits of Russian satellite junk could very easily pose a threat to SpaceX's presence in orbit. In fact, there's a Crew Dragon spacecraft currently docked to the ISS.

Then there is SpaceX's Starlink satellite constellation. The newly created cloud debris is circling the Earth between 275 and 323 miles. Most of the space company's broadband satellites are orbiting the planet at 341 miles, not too far off.

Low-Earth orbit is starting to get crowded, with multiple space companies launching their own satellite constellations. Even before Russia launched its missile, our planet's orbit was already cluttered with leftover bits of insulation, rocket stages, and dead satellites.

Making matters worse, Russia isn't even the only country to have blown up satellites in space. In 2019, India conducted a similar maneuver — a test that was similarly met with plenty of criticism.

And while many of these bits of satellites will eventually fall back down towards the Earth to burn up in the atmosphere, many more will remain, posing a very real threat to humanity's presence in orbit.

You would think that this week's news would have been met with outrage by Elon Musk — especially given his shaky relationship with Russia's space agency.

But days after the test, Musk has yet to say a word. Instead, he's kept himself busy on Twitter this week with using senator Bernie Sanders as a punching bag and complaining about taxes.

It all raises an interesting question: why? We'll be staying tuned.

More on the situation: Hear the Moment ISS Crew Scrambles for Safety from Russian Satellite Debris

Read This Next
Shot Well
Head of NASA Relieved to Hear Elon Musk Isn't REALLY Running SpaceX
Grain of Salt
There's a Huge Problem With Elon Musk's Promise to Bring Starlink to Iran
Sluggo Mode
SpaceX Has a Major Problem With Its Starlink Internet Connections
Sabers Rattled
Russia Issues Veiled Threat to Shoot Down Pesky SpaceX Satellites
Classified
Here's What the Former Head of NASA Has to Say About the Moon Mission Delay
More on Off World
Mars Drop
2:16 PM on the byte
NASA's Mars Rover Perseverance Just Dropped Off Its Last Sample
Final Selection
Yesterday on the byte
NASA Finalizing Secretive Decision on First Astronauts for the Artemis Moon Mission
Hall Effect
Jan 29 on futurism
Test Suggests Ion Thrusters Could Power Crewed Interplanetary Missions
READ MORE STORIES ABOUT / Off World
Keep up.
Subscribe to our daily newsletter to keep in touch with the subjects shaping our future.
+Social+Newsletter
TopicsAbout UsContact Us
Copyright ©, Camden Media Inc All Rights Reserved. See our User Agreement, Privacy Policy and Data Use Policy. The material on this site may not be reproduced, distributed, transmitted, cached or otherwise used, except with prior written permission of Futurism. Articles may contain affiliate links which enable us to share in the revenue of any purchases made.
Fonts by Typekit and Monotype.