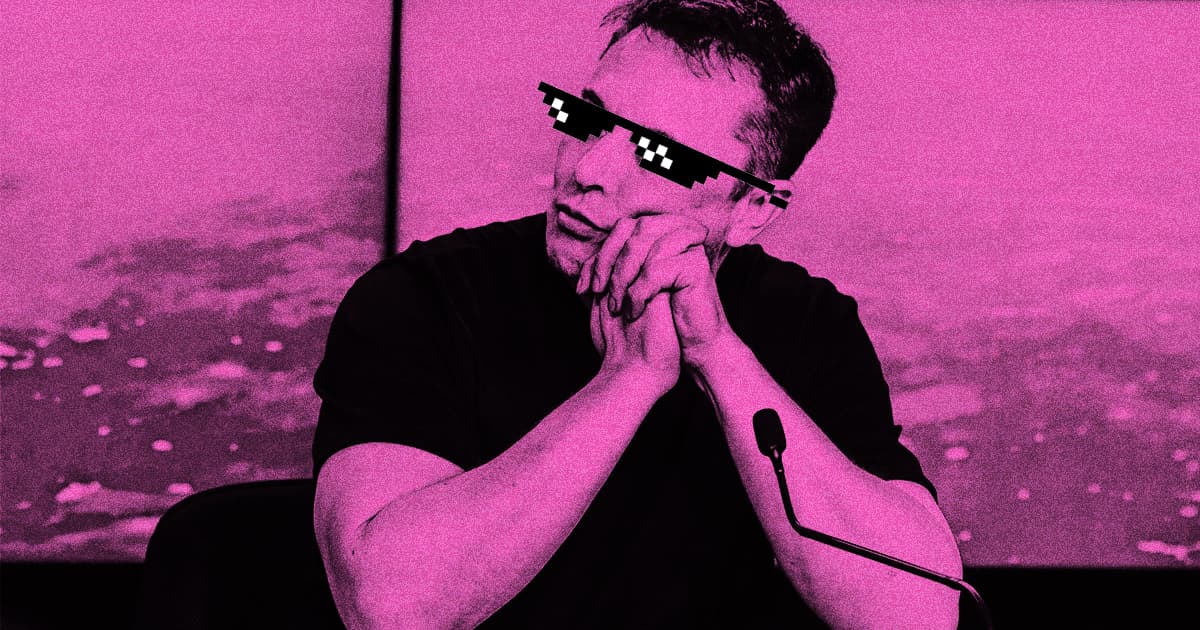 Elon Musk Appears to Have Stolen This Guy's Meme

"I could be flattered, except I truly dislike him as a person."

"I could be flattered, except I truly dislike him as a person."

It was also apparently stolen. The novelist Miles Klee wrote this week in SFGate that he created and posted the image just one day prior to Musk — making a compelling case that the billionaire SpaceX and Tesla CEO purloined his meme and passed it off as his own.

The heist raises questions about digital ownership in the era of rapid-fire, low-effort memes. But even more importantly, it brings up the impossible to answer conundrum "Why is Elon like this?"

i propose an alliance pic.twitter.com/adcuvuP0ql

Klee wrote that he has absolutely no idea how Musk even found his meme, which he created to celebrate the long-awaited freedom to spend pent-up energy that vaccinated people may experience this summer. No one who Musk follows on Twitter follows Klee, so it's not clear how the multi-billionaire came across the image, which he later deleted.

"Musk treated my meme like an aphorism you stumble across and incorporate into your personal brand without questioning it," Klee wrote. "Musk doesn’t care how he encounters something he likes — he's in a terrible hurry to seize and gain from it. I can’t be mad, either. He only gave me something to write about."

In fact, Musk has a history of stealing art without permission and without giving credit to its creators.

"I could be flattered, except I truly dislike him as a person," Klee wrote.