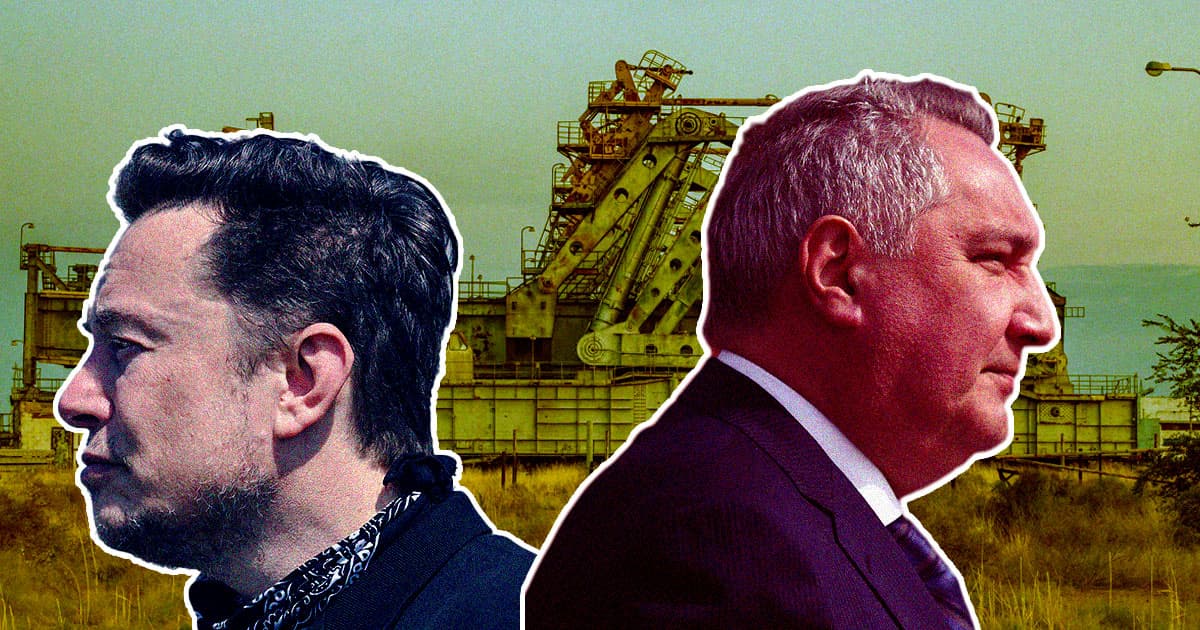 Would be a real shame

"Come! We are waiting for you."

"Come! We are waiting for you."

Dmitry Rogozin, the head of Russia’s space agency Roscosmos, just reached out to SpaceX CEO Elon Musk on Twitter with a cryptic invitation.

“Good afternoon, Mr. Elon Musk!” Rogozin wrote. “On October 5, a new expedition will leave for the International Space Station. We are planning to send a cinematographic group of the leading television channel as part of it.”

According to Rogozin, the goal is to “tell the truth about manned flights, about the constant risk and tremendous emotional impact of all space flight organizers,” presumably through the magic of television.

Rogozin told Musk he’d be “glad” to meet him “personally” at the Baikonur cosmodrome in Kazakhstan.

The personal invitation ended in a strangely haunting way. “Come! We are waiting for you.”

That invitation was equally shrouded in cryptic messaging.

“Some matters should be discussed personally,” Rogozin wrote on his Telegram channel, as quoted by TASS, revealing that Nelson and his wife were also invited to his home.

It’s unclear if Rogozin is simply asking for Musk to swing by for a television interview — or if something greater is at play.

It’s an especially strange invitation as very little love has been lost between the Rogozin and Musk. Rogozin has repeatedly voiced his discontent with Musk and SpaceX.

In a fiery op-ed published last June for instance, a bitter Rogozin accused SpaceX of undercutting the competition by playing against the rules and mocking Russia’s space efforts.

But Rogozin may now be starting to change his tune. He congratulated Virgin Galactic on its successful flight to 50 miles in July, calling it a landmark achievement in space travel on Twitter.

He even went as far as decrying Russia’s “billionaire oligarchs” in a followup tweet, saying they’d rather spend money on yachts than developing spacecraft — a sentiment that garnered a hand clapping emoji response from Musk.

Musk has maintained a mocking and sometimes derisive tone when discussing Russia and its space efforts, as well as occasionally partaking in some lighthearted and long running jokes.

Russia’s space agency has also turned a cold shoulder to NASA as of late and is, more broadly speaking, starting to distance itself from the international space community.

Rogozin’s repeated shifts in tone make his messages even more difficult to interpret. Was something lost in translation? Why is Rogozin all of a sudden interested in Musk’s and Nelson’s input?

Occam’s razor would suggest Russia’s space agency simply wants to get a soundbite from Musk about how difficult it is to send humans into space.

But whether Musk will end up accepting the offer is impossible to predict. The billionaire has been outrageously busy, juggling his time between Tesla, SpaceX, and the troubled Neuralink.

That leaves very little time for an interview with a man he’s butted heads with on multiple occasions — and in an extremely remote region of Kazakhstan, no less.