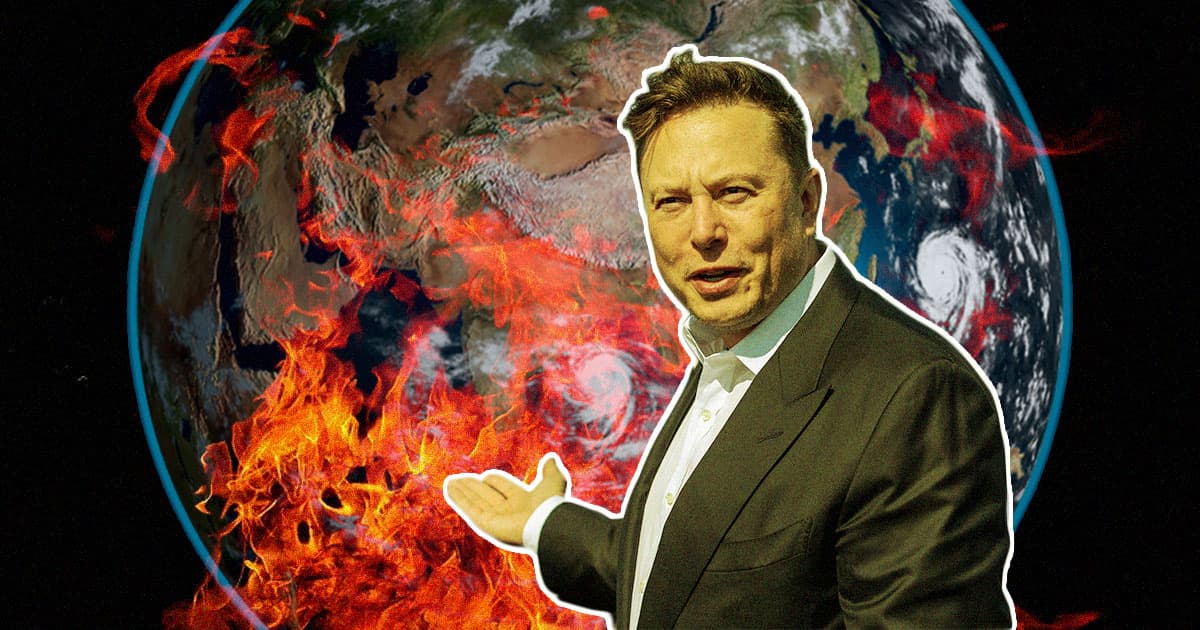 Tesla CEO Elon Musk, the richest person in the world, isn't a fan of taxation.

He balked when US lawmakers proposed a new billionaires tax plan last month, which would sap him of around $50 billion over the plan's first five years.

"Eventually, they run out of other people’s money and then they come for you," he complained on Twitter last month.

When Tesla shares soared following the announcement of a massive deal with a rental car company in October, Musk's net worth soared as well, making him the first person in the world to have a net worth over a quarter trillion dollars.

And that had David Beasley, the director of the United Nation’s World Food Program (WFP), thinking things through. Just $6 billion of Musk's cash — a mere two percent of the CEO's net worth overall — could help "42 million people that are literally going to die if we don’t reach them," Beasley told CNN last month.

"The governments are tapped out," Beasley added. "This is why the billionaires need to step up."

Musk wasn't impressed with the idea.

"If WFP can describe on this Twitter thread exactly how $6B will solve world hunger, I will sell Tesla stock right now and do it," Musk tweeted at the time. "But it must be open source accounting, so the public sees precisely how the money is spent," he added in a follow-up.

"Elon Musk, you asked for a clear plan and open books," he wrote in a Monday tweet. "Here it is! We're ready to talk with you — and anyone else — who is serious about saving lives."

The WFP's "plan to support 42 million people on the brink of famine" would help people across 43 countries.

"Urging billionaires to step up and support the fight against hunger, the organization said U$6.6 billion would help avert catastrophe," the organization's website reads.

Musk's cash donation wouldn't "solve world hunger," as he erroneously suggested in his October tweet. Some 282.7 million people experience "extreme levels of acute hunger" according to the WFP, an increase of 110 percent compared to 2019. That's in large part due to growing conflicts, climate change, shocks to global supply chains — and, of course, the COVID-19 pandemic, all forming a "perfect storm," according to Beasley.

The plan also includes a full breakdown of where the money would go, just as Musk requested. The biggest chunk, $3.5 billion, would unsurprisingly be allocated for "food and its delivery." Another $2 billion would be allocated for "cash and food vouchers in places where markets can function," according to the WFP.

"The world is on fire," Beasley wrote in on Twitter. "If you don’t feed people, you feed conflict, destabilization and mass migration."

So there we have it. The ball is in Musk's court, but whether he's willing to play remains to be seen.

The Tesla CEO has been making moves, offloading some shares of his electric car company and gaining him billions in taxable dollars.

"Much is made lately of unrealized gains being a means of tax avoidance, so I propose selling 10 percent of my Tesla stock," he wrote in a November 6 tweet, asking his Twitter followers to decide if he should go through with the sale.

Musk has started making good on his promise by unloading some of his stock, selling $5 billion worth on November 8 and just shy of $2 billion over the last eight days to meet tax withholding obligations.

Will Musk answer the WFP's calls for a much needed cash injection to save 42 million people from the brink of starvation? That's unclear. Given his tone in the past, it's not exactly the most likely outcome.

Besides, solving a global crisis back on Earth isn't exactly top of mind for the entrepreneur. His number one goal is still to get humanity to Mars — even if it requires him to pay taxes.

More on the situation: Elon Musk’s World Hunger Tweet Is Taking the UN Wildly Out of Context