Physicist: Black Holes Could be Portals for Hyperspace Travel 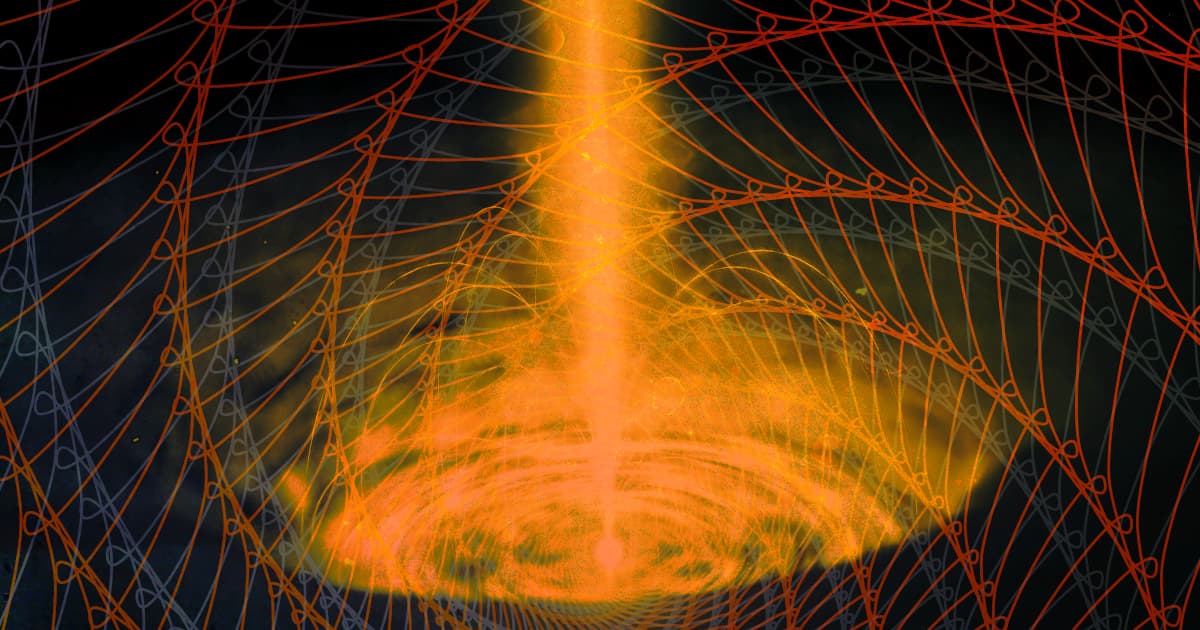 For years, scientists have theorized that black holes could serve as portals for interdimensional travel. But there’s always been a problem: how could a hyperspace traveler ever approach a black hole without getting torn to teeny-tiny shreds by the black hole’s unholy gravitational forces?

It turns out that some black holes are gentler than others, according to University of Massachusetts Dartmouth physicists. If a black hole is large enough and rotating quickly enough, astronauts would have a nice, smooth ride the whole way down, according to research published in the journal Physical Review D.

“One of the most cherished science fiction scenarios is using a black hole as a portal to another dimension or time or universe,” wrote Gaurav Khanna, a National Science Foundation-funded physicist who worked on the project, in a new essay published Wednesday by The Conversation. “That fantasy may be closer to reality than previously imagined.”

Computer simulations show that the singularity inside a giant, rapidly-spinning black hole is far weaker than in other black holes — to the point it may not even crush a wayward spaceship. In fact, its passengers may not even notice the force exerted by the black hole, long thought to obliterate anything that comes near, at all.

In his essay, Khanna likened the hypothetical experiences to moving your hand through a candle’s flame. Sure, the fire is hot enough to melt your skin away if you leave it there too long, but you’ll only feel a fleeting warmth if you whisk it through quickly enough.

The jury is still out on whether hyperspace travel exists. But if anyone ever wanted to give it a shot, now they know where to aim.

More on black holes: Here’s How You Could Survive Being Sucked Into a Black Hole

Read This Next
Mars Attacks!
Could I Defeat NASA’s New Mars Rover in Hand-to-Hand Combat?
Captain Planet
Planet Nine Might Not Actually Exist, Scientists Say
Space Race 2.0
Congress Bars NASA From Working With China. That’s Likely a Mistake.
Shot Caller
Seven Facts About the New Head of NASA, Steve Jurczyk
Playing Chicken
Debate Rages Over Whether Single Speeding Cheeto Could Destroy Space Station
More on Off World
Tank to Table
Yesterday on the byte
Scientists Suggest Farming Fish on the Moon
Explosive Situation
Yesterday on the byte
There’s Something Very Different About Tomorrow’s Starship Test
Spacecation
Yesterday on the byte
SpaceX Preparing Third Launch of Astronauts to Space Station
READ MORE STORIES ABOUT / Off World
Keep up.
Subscribe to our daily newsletter to keep in touch with the subjects shaping our future.