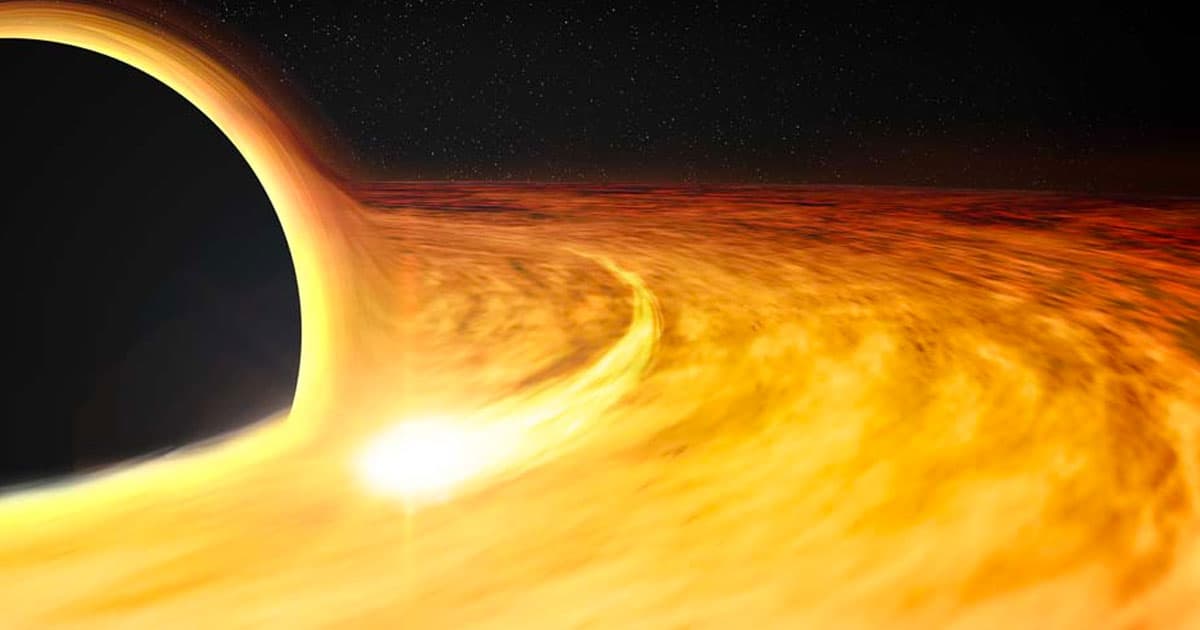 A black hole is finally giving up its secrets.

A black hole is finally giving up its secrets.

Apparently, you can learn a lot by watching a black hole eat.

In 2014, astronomers spied a supermassive black hole nearly 300 million light-years away gobbling a star, an event known as a tidal disruption flare or TDE. Given the rarity of such a spotting, they've kept a close eye on it ever since.

The hope was that it would teach them something new about how black holes feed. But it ended up teaching a team at the Massachusetts Institute of Technology something else: a new way to measure how fast a black hole is spinning.

The MIT team describes its discovery in a paper published in the journal Science on Wednesday.

While looking at TDE data collected by three different observatories — XMM-Newton, Chandra, and Swift — the MIT team noticed a strong burst of X-ray radiation pulsing every 131 seconds for at least 450 days straight.

"At first I didn’t believe it because the signal was so strong," MIT researcher Dheeraj Pasham said in a news release. "But we saw it in all three telescopes. So in the end, the signal was real."

Next, the team set out to determine the cause of the X-ray signal. Based on their observations, they believe a bit of the star the black hole was eating remained outside its event horizon where it came in contact with a white dwarf that was also circling the black hole.

Alone, this dwarf would be invisible to telescopes. But combined with the stellar material, it produced the kind of X-ray radiation the MIT team detected. Each pulse of the signal was the pair completing another orbit around the black hole.

By combining what they already knew about the black hole's mass and size with what they learned from this signal, the team was able to determine that the black hole was spinning — at around 50 percent the speed of light.

"That’s not super fast — there are other black holes with spins estimated to be near 99 percent the speed of light," Pasham said. "But this is the first time we’re able to use tidal disruption flares to constrain the spins of supermassive black holes."

More on black holes: Physicist: Black Holes Could Be Portals for Hyperspace Travel

Black Hole's Sun
Scientists Just Released the First-Ever Image of a Black Hole
4. 10. 19
Read More
On The Event Horizon
Here's Why Everyone's so Excited About the Black Hole Image
4. 9. 19
Read More
Black Hole Sun
Here's the Best-Ever Image of the Black Hole Devouring Our Galaxy
1. 21. 19
Read More
+Social+Newsletter
TopicsAbout UsContact Us
Copyright ©, Camden Media Inc All Rights Reserved. See our User Agreement, Privacy Policy and Data Use Policy. The material on this site may not be reproduced, distributed, transmitted, cached or otherwise used, except with prior written permission of Futurism. Fonts by Typekit and Monotype.