Astronomers May Have Just Spotted the Birth of a Black Hole

If so, it's the first birth of a black hole observed in human history. 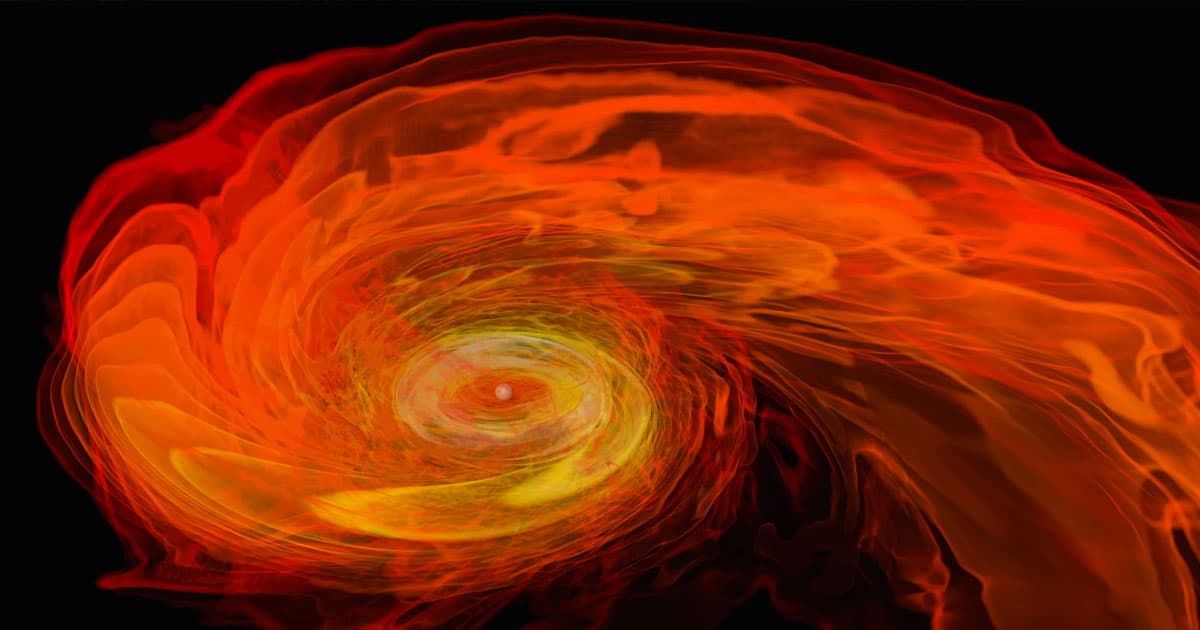 For the first time, astronomers have spotted the ultra-dense core of a star in its explosive death throes — and it might be turning into a new black hole.

On June 17, scientists at the Keck Observatory in Hawaii spotted an incredibly-bright stellar explosion, many times brighter than a supernova, that they nicknamed "the Cow."

Now, further study has revealed that the Cow resulted in either an ultra-dense neutron star or a brand-new black hole — and in either case, spotting the cosmic event is a world first for Earthling scientists.

Welcome to the World!

According to Keck Observatory astronomers who spoke to The Verge about their work, which will soon be published in Astrophysical Journal, the massive explosion is a sign that a massive, dying star cast away its outer layers to leave behind a massive, dense core.

Regardless of whether it's a black hole or neutron star, the Keck astronomers hope to measure how the new object grows, rotates, and changes over time.

"We’ve seen isolated neutron stars, neutron stars crashing into each other, and we’ve seen material falling into black holes," physicist Duncan Brown, who didn't work on the Keck research, told The Verge. "This observation could very well be these things being born. That’s pretty cool."

READ MORE: For the first time, astronomers see the signatures of a newly birthed black hole or neutron star [The Verge]

Read This Next
Kilonova Blast
Staggering Galactic Explosion Blamed on Black Hole Collision
Monkey Business
China Plans to Send Monkeys to Space Station to Have Sex With Each Other
Overview Effect
William Shatner Says His Space Trip Left Him With a Feeling of Terrible Grief
Astronaut Drip
We Just Got the First Peek at NASA's Artemis Moon Landing Suits
Blast Off
Former Astronaut Details Quest to Grow Cannabinoids in Space
More on Off World
Trashing Orbit
7:17 PM on the byte
Elon Musk Says SpaceX May Build Starship That Dies on Purpose
Cat and Mouse
3:38 PM on the byte
SpaceX to Launch "Hunter" Satellites for Targeting Rival Spacecraft
Space In Space
1:44 PM on the byte
NASA Official Admits There's a Bit of an Issue on the Space Station
READ MORE STORIES ABOUT / Off World
Keep up.
Subscribe to our daily newsletter to keep in touch with the subjects shaping our future.
+Social+Newsletter
TopicsAbout UsContact Us
Copyright ©, Camden Media Inc All Rights Reserved. See our User Agreement, Privacy Policy and Data Use Policy. The material on this site may not be reproduced, distributed, transmitted, cached or otherwise used, except with prior written permission of Futurism. Articles may contain affiliate links which enable us to share in the revenue of any purchases made.
Fonts by Typekit and Monotype.