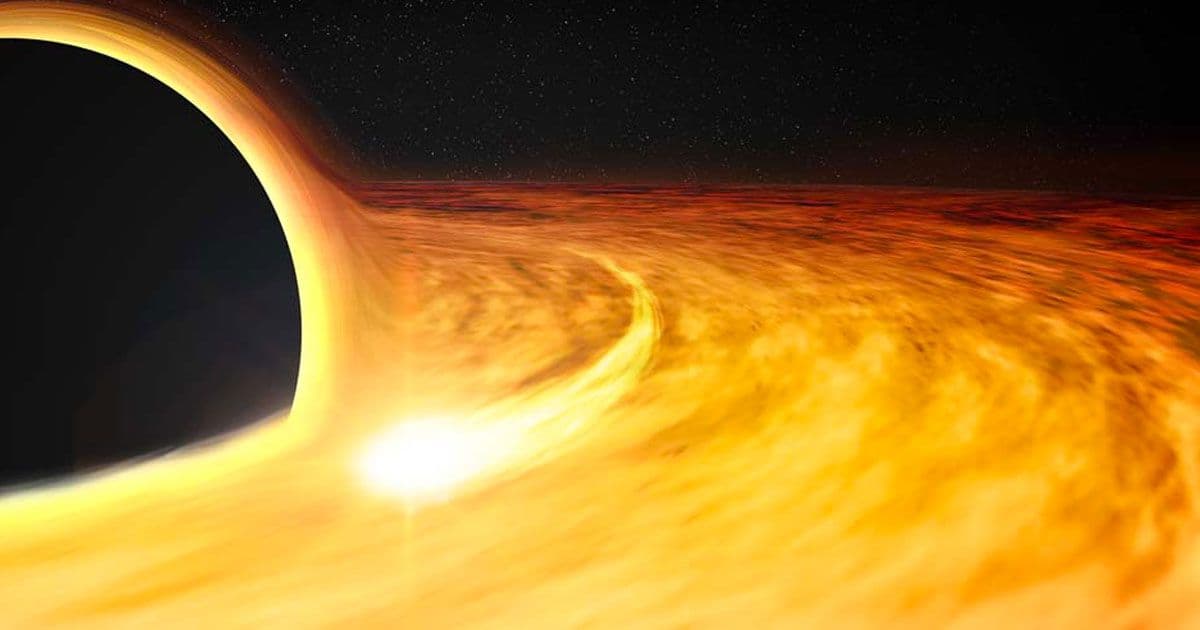 A Black Hole Inhaled a Star. Then It Started to Shrink

Honey, I shrunk the black holes.

Honey, I shrunk the black holes.

This past March, a NASA instrument on the International Space Station spotted a black hole, about 10,000 light-years away from Earth, in the process of devouring a star.

What happened next was weird, even by the standards of super-dense celestial objects from which not even light can escape: the black hole started to shrink.

Honey, I Shrunk The Black Holes

According to an MIT blog post about the finding, which was described in a recent paper in the journal Nature, the size of the black hole's corona — that's the ring of particles that surrounds its mouth — turned into a ghost of its former self.

It started with the length of about the width of Massachusetts, according to MIT, and ended up at about ten kilometers — the length of a moderate footrace. Bear in mind that this space monster weighs ten times as much as the Sun and was in the process of inhaling an entire star.

Jack Steiner, a research scientist in MIT’s Kavli Institute for Astrophysics and Space Research, told the MIT blogger that the observation is a major new finding in the nascent study of black holes.

"This is the first time that we’ve seen this kind of evidence that it’s the corona shrinking during this particular phase of outburst evolution," Steiner said. "The corona is still pretty mysterious, and we still have a loose understanding of what it is. But we now have evidence that the thing that’s evolving in the system is the structure of the corona itself."

More on black holes: Physicist: Black Holes Could Be Portals for Hyperspace Travel