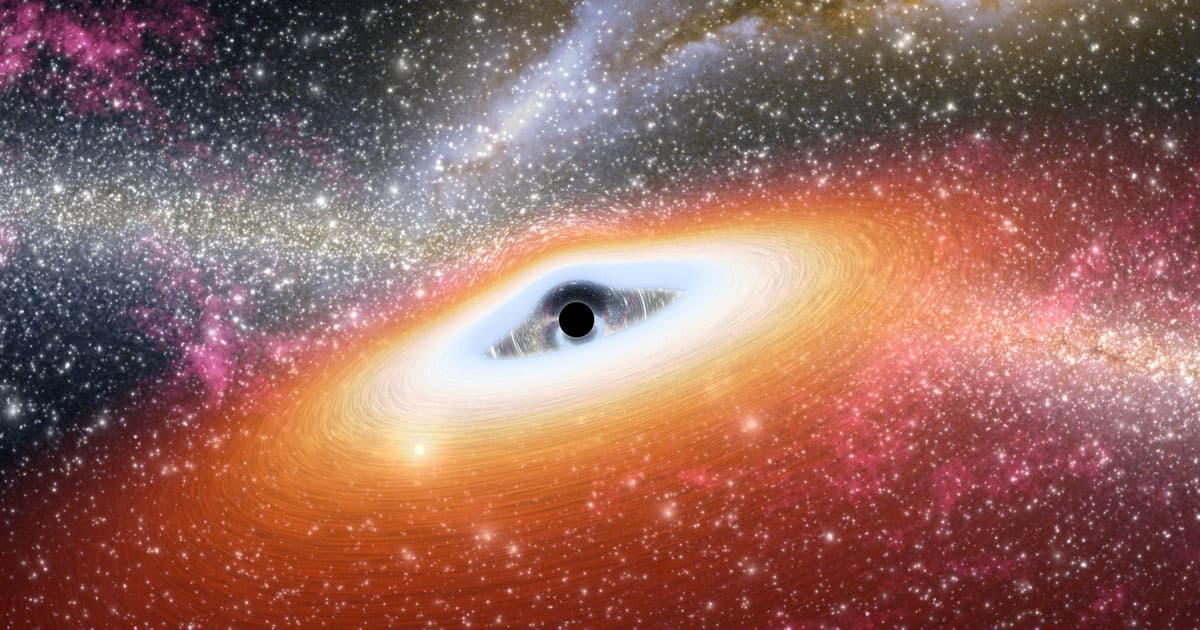 A mind-bending new paper found that dark matter could be responsible for the universe's oldest, biggest black holes.

A mind-bending new paper found that dark matter could be responsible for the universe's oldest, biggest black holes.

Researchers have long wondered what led to the formation of the universe's most ancient supermassive black holes — cosmic monsters so old and powerful that astronomers can still see light they produced more than 13 billion years ago.

Now, new research published in the prestigious journal Nature suggests that those supermassive black holes formed in "halos" of dark matter that serve as "gravitational glue" for galaxies.

The researchers reached that conclusion after examining the Renaissance Simulation, an enormous data set assembled on a supercomputer to better understand the early universe. They found that supermassive black holes were most likely to form in huge clumps of dark matter — each a mind-boggling 2,400 light-years wide.

"It was only in these overly-dense regions of the universe that we saw these black holes forming," co-author John Wise, a professor at Georgia Tech, said in a press release. "The dark matter creates most of the gravity, and then the gas falls into that gravitational potential, where it can form stars or a massive black hole."

The study is notable not just because it provides a peek into the tumultuous early years of the universe, the researchers say, but also because it opens up directions for future astrophysics research.

"The violent and turbulent nature of the rapid assembly, the violent crashing together of the galaxy's foundations during the galaxy's birth prevented normal star formation and led to perfect conditions for black hole formation instead," Dublin City University researcher John Regan said. "This research shifts the previous paradigm and opens up a whole new area of research."