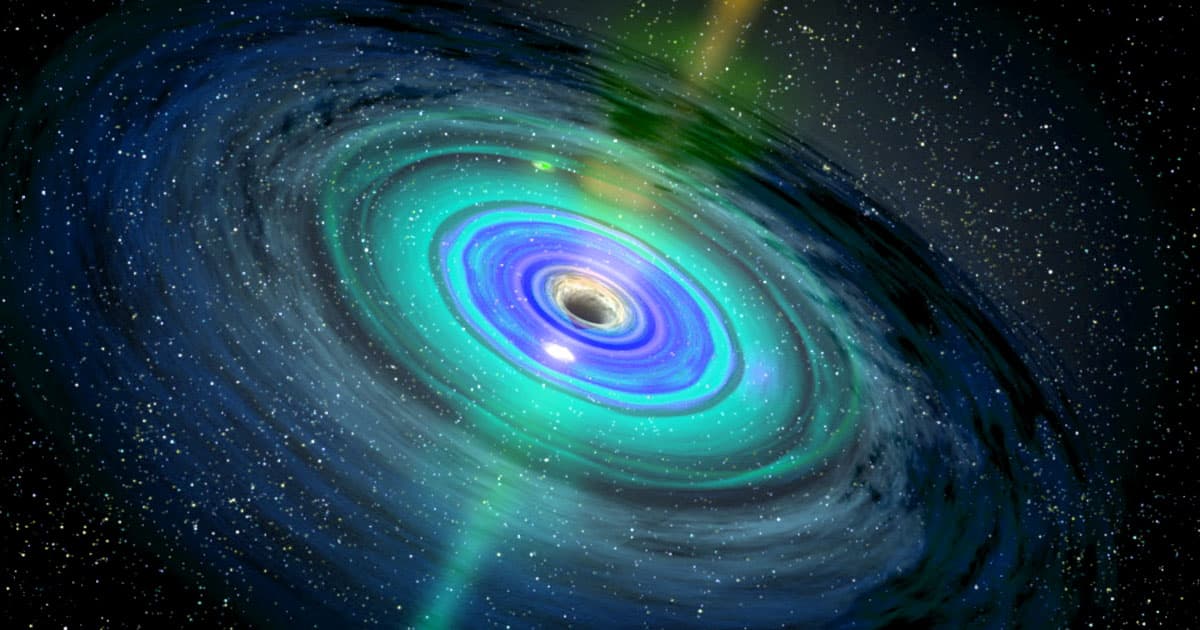 Astronomers Figured out How Supermassive Black Holes Get so Big

Those big boys are gulping down a lot of cosmic gas

Those big boys are gulping down a lot of cosmic gas

At the center of our Milky Way galaxy is a supermassive black hole, several million times more massive than our Sun.

Until recently, scientists weren't sure how these gargantuan black holes reached those ridiculous proportions. By and large, astronomers assumed they did so by feeding on their usual cosmic diets of wayward stars and other space stuff that drifted too close.

But it turns out that some of these supermassive black holes have experienced sudden growth spurts during which they rapidly gulp down vast quantities of gases from the surrounding area, according to new research published Monday in Nature Astronomy. Such growth spurts have never been observed before, and this new finding could scientists a better understanding of how galaxies like ours came to be.

The new research is based on data collected by Tel Aviv University scientists working on the All Sky Automated Survey for Supernovae back in February 2017. That's when the scientists observed what appeared to be a massive explosion around a distant black hole.

"We followed this event for more than a year with telescopes on Earth and in space, and what we saw did not match anything we had seen before," said Iair Arcavi, an astronomer who contributed to the research.

The Tel Aviv scientists aren't sure why, exactly, these growth spurts happen — but the work paves the way for a new understanding of the supermassive black hole that shaped our galaxy.

More on black holes: Astronomers May Have Just Spotted the Birth of a Black Hole