Here's How You Could Survive Being Sucked Into a Black Hole

“Given that we don’t know what happens past the Cauchy horizon, it could be crazy things as long as they’re mathematically possible." 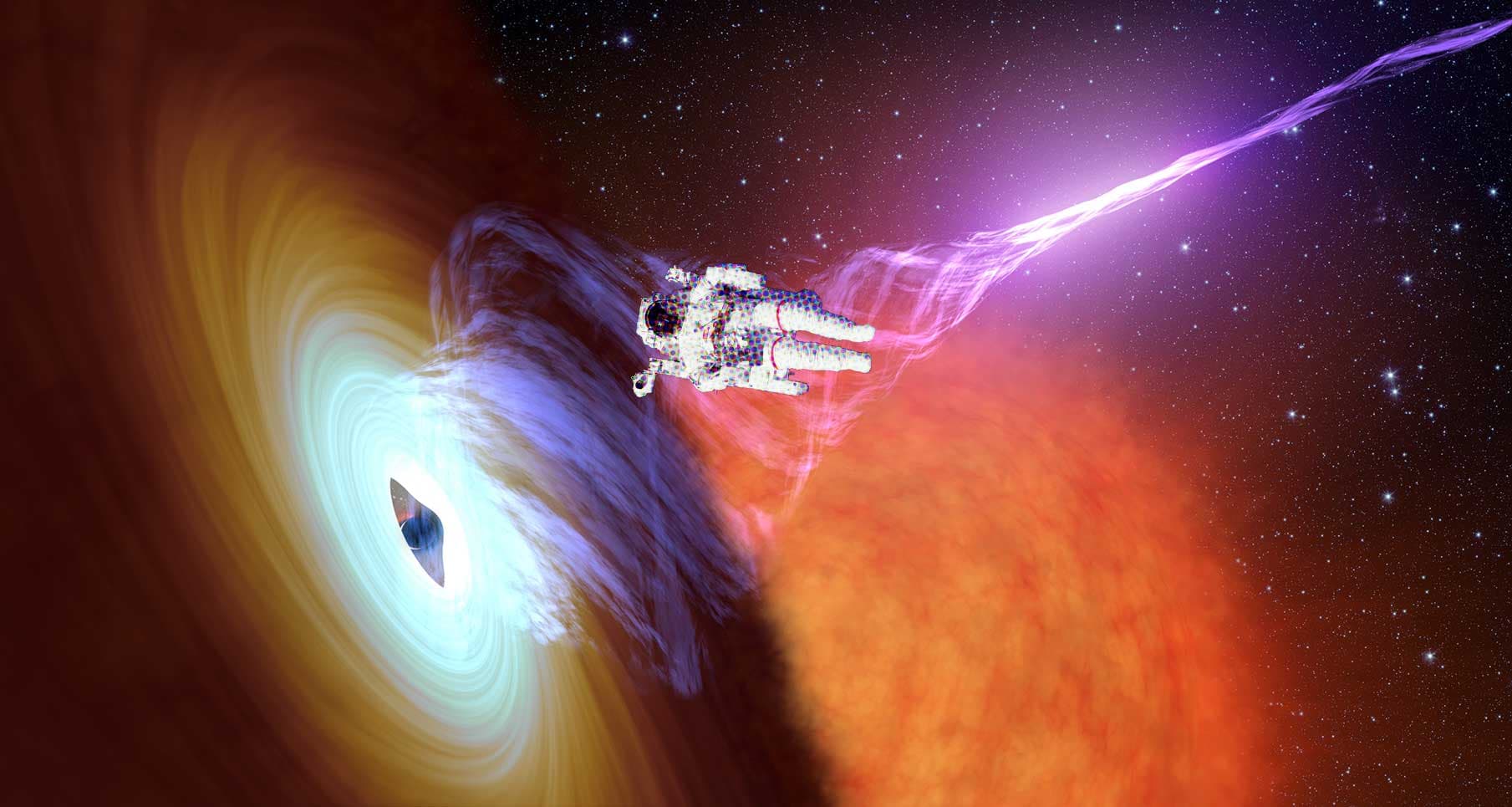 How to Survive a Black Hole

OK, so maybe you aren't going to get sucked into a black hole tomorrow. Or ever. Maybe even trying to imagine being in such a situation feels like writing yourself into a Doctor Who episode. But, for mathematicians, physicists, and other scientists attempting to understand cosmic strangeness in practical terms, these thought experiments are actually very useful. And they may be more practical in and of themselves than we'd realized.

At least, that's what a team of researchers led by Peter Hintz at the University of California, Berkeley found through their study of black holes, recently published in the journal Physical Review Letters.

In the case that you were sucked into a black hole that had an electromagnetic charge, once you made it into the event horizon, you'd actually find yourself confronted by something else entirely: the Cauchy horizon. Beyond that cosmic boundary is... well, we don't know. Which is why Hintz and his team were so curious about it.

“Given that we don’t know what happens past the Cauchy horizon, it could be crazy things as long as they’re mathematically possible,” Hintz told New Scientist.

More interesting than what might exist beyond the Cauchy horizon is what doesn't — namely, the governing principles of thought and logic that allow us to make sense of the world and predict with a fair degree of certainty how scenarios will play out.

What we do know for certain is that if you spend too long near the Cauchy horizon — deliberating the senselessness of deep space, perhaps — gravity will stretch you to death. However, during that period space-time will also be stretching the bounds of what makes sense; what the philosophers called determinism.

Here on Earth, if we want to better understand our current circumstances, or attempt to make guesses about the future, we can look to the past. But at the edge of the Cauchy horizon, on the brink of singularity, the laws of physics don't apply. So, not only do we have no idea might be lurking within, we also can't make any predictions.

“[The singularity] could emit elephants, planets, radiation – basically anything,” Hintz said to New Scientist, which means that even if gravity doesn't tear you limb from limb, you could be taken out by an elephant hurtling toward you at warp speed.

But here's the thing: as Hintz's team points out, the universe is rapidly expanding. Because of this, it stands to reason that all this energy might be more evenly distributed than we think. And if that's the case, then if we ramped up the engine our of spaceship to pass through the Cauchy horizon fast enough, we might actually make it to the other side.

The calculations in Hintz's study only work for black holes with an electric charge (which are, as far as we know, wholly theoretical). However, as the team points out in their paper, the behavior and makeup of these non-existent electrically-charged black holes could be seen in certain black holes that do exist: rotating ones.

Not that you're likely to get sucked into any black hole — theoretical or otherwise — but it's nice to know you might survive the trip. Of course, what life would be like in the strange and unpredictable world that awaits you on the far side of the Cauchy horizon remains unknowable.

Though, as Hintz's study concludes, it's possible that the cosmic landscape would be full of wormholes. So, if you didn't like your new digs, you could just hop into the next universe over. Maybe one with fewer elephants.

Read This Next
Black Hole Snapshot
Scientists Release Image of Black Hole at Center of Our Galaxy
Sucking Atmospheres
Scientists Spot Ravenous "Vampire" Star Devouring Its Neighbor
Space and Stuff
Scientists Say the Universe Itself May Be "Pixelated"
Good Samaritan
Physics Dept Gets Random Box Full of $180K in Untraceable $50s and $100s
Yuge
Scientists Discover Enormous Black Hole Right Near Our Galaxy
More on Hard Science
Long Live
1:58 PM on futurism
Giving Baby Mice This Drug Makes Them Live 10 Percent Longer
One Person's Trash
Sep 16 on the byte
Scientists Absolutely Thrilled to Find 150 Million Year Old Vomit
Big Dark Energy
Aug 12 on the byte
Huge Empty Voids in Universe May Be Generating Dark Energy, Scientists Say
READ MORE STORIES ABOUT / Hard Science
Keep up.
Subscribe to our daily newsletter to keep in touch with the subjects shaping our future.
+Social+Newsletter
TopicsAbout UsContact Us
Copyright ©, Camden Media Inc All Rights Reserved. See our User Agreement, Privacy Policy and Data Use Policy. The material on this site may not be reproduced, distributed, transmitted, cached or otherwise used, except with prior written permission of Futurism. Articles may contain affiliate links which enable us to share in the revenue of any purchases made.
Fonts by Typekit and Monotype.