New Theory Suggests Black Holes Are "Back Doors" to The Universe

Hopefully the universe at least provides some meatballs after all that 'spaghettification.' 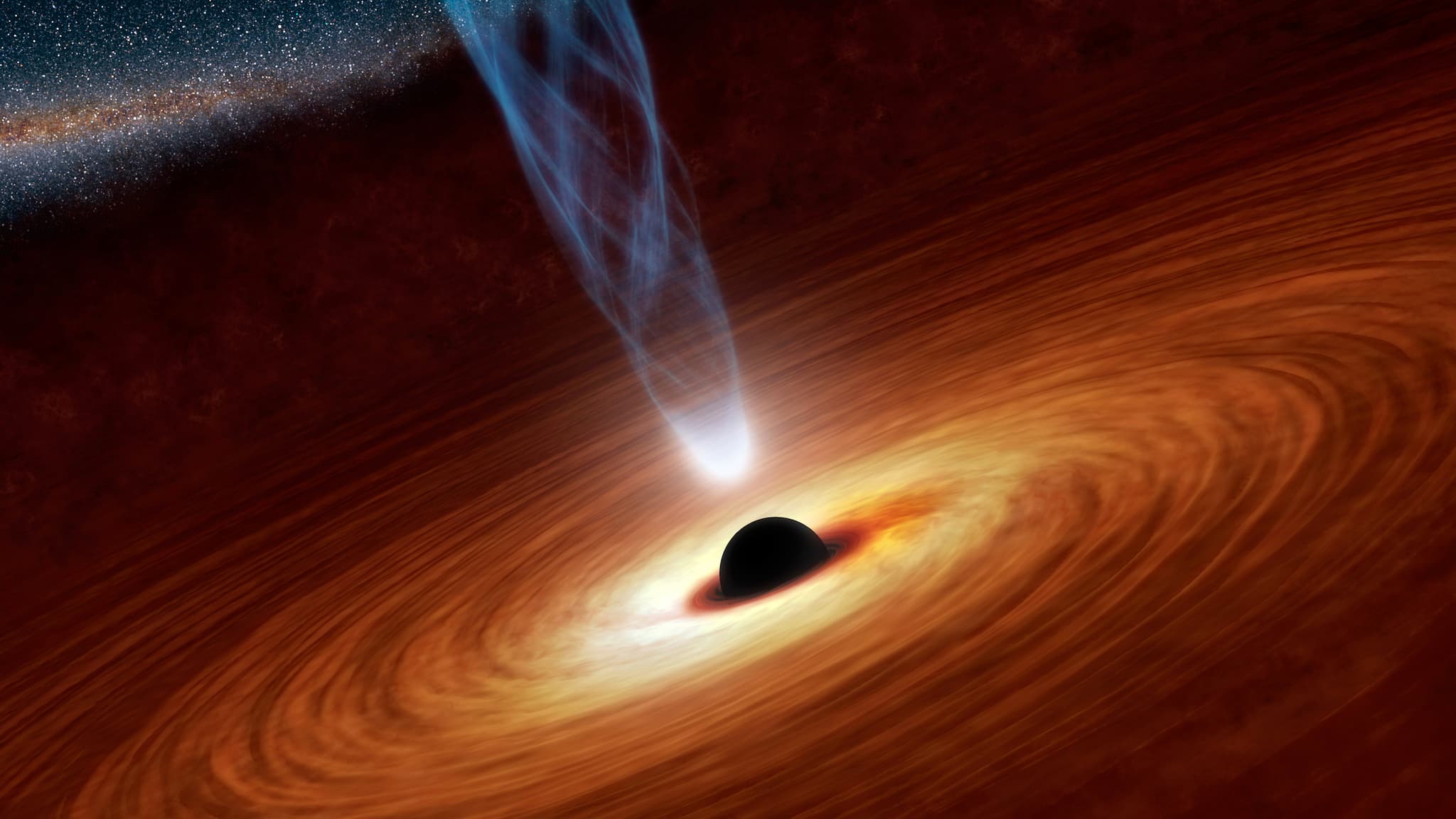 Scientists believe that in the middle of a black hole is a one-dimensional point that contains a huge mass despite its infinitely small space. And in this point, the density of matter becomes infinite, the whole fabric of space-time breaks apart, physics no longer applies, and basically, everything blows into chaos and nothing makes sense. This theoretical point of madness is called the gravitational singularity.

Much like everything else about black holes, the gravitational singularity is a source of endless debate. One interesting theory is that if you, for some crazy reason, end up in this hellhole, you will be stretched and squeezed in different directions, infinitely—a process technically called (yes, technically) spaghettification.

"The gravity wants to sort of stretch you in one direction and squeeze you in another," says Joe Polchinski, a physicist at the University of California, Santa Barbara.

Since very little is known (much less definitively proven) about black holes, the floor is open to exploration of concepts beyond general relativity. A team of researchers are trying to look at the singularity in an entirely different light.

“Just as crystals have imperfections in their microscopic structure, the central region of a black hole can be interpreted as an anomaly in space-time, which requires new geometric elements in order to be able to describe them more precisely. We explored all possible options, taking inspiration from facts observed in nature,” the team explains.

In a model following their theory, the new geometries would imply that the center point would be a very small spherical surface—consistent with that of a wormhole in a simple, rotational, electrically-charged black hole.

“Our theory naturally resolves several problems in the interpretation of electrically-charged black holes”, says Gonzalo Olmo, one of the researchers from the Institute of Corpuscular Physics, Universitat de Valencia. “In the first instance we resolve the problem of the singularity, since there is a door at the center of the black hole, the wormhole, through which space and time can continue.”

This model would also make the spaghettification process possible (yay?), and would allow a hypothetical traveler to go through the wormhole, and come out of it in their normal, pre-spaghettification size (phew!, yay).

That sounds okay. That is, until you hear Neil DeGrasse Tyson describe that journey in graphic detail.

Unlike Einstein’s theory of gravity, which requires unusual properties such as a negative energy pressure or density (which have yet to be observed), the team’s wormhole is much more feasible: “In our theory, the wormhole appears out of ordinary matter and energy, such as an electric field,” says Olmo.

This “backdoor” would also address the information paradox, because nothing is lost but instead comes out the other end. Where and what is in that other end, however, is another “black hole” of questions.

Read This Next
Star War
Scientists Are Trying to Figure Out How to Kill Stars with Black Holes
EHT Tu, Black Hole
Astronomers Release Stunning New Image of Black Hole
Congrats!
Nobel Prize Winner on Falling Into a Black Hole: "I Would Not Want To"
Not Quite 24 Frames Per Second
Astrophysicists Release Landmark "Movie" of Wobbling Black Hole
Not a Neutron Star, Not Yet a Black Hole
Astronomers May Have Discovered First-Ever "Black Neutron Star"
More on Hard Science
Warped Tour
Thursday on futurism
Professor Believes Door to Warp Drive May Lie With Ethylene Glycol
Sky Bursts
Thursday on the byte
Astronomers Intrigued by 25 Mysterious Repeating Radio Signals From Deep Space
Tractor Beam
Jan 26 on the byte
Scientists Build Working Tractor Beam, Although It's Comically Tiny
READ MORE STORIES ABOUT / Hard Science
Keep up.
Subscribe to our daily newsletter to keep in touch with the subjects shaping our future.
+Social+Newsletter
TopicsAbout UsContact Us
Copyright ©, Camden Media Inc All Rights Reserved. See our User Agreement, Privacy Policy and Data Use Policy. The material on this site may not be reproduced, distributed, transmitted, cached or otherwise used, except with prior written permission of Futurism. Articles may contain affiliate links which enable us to share in the revenue of any purchases made.
Fonts by Typekit and Monotype.