Well, it seems that black holes might not be dead-ends after all. 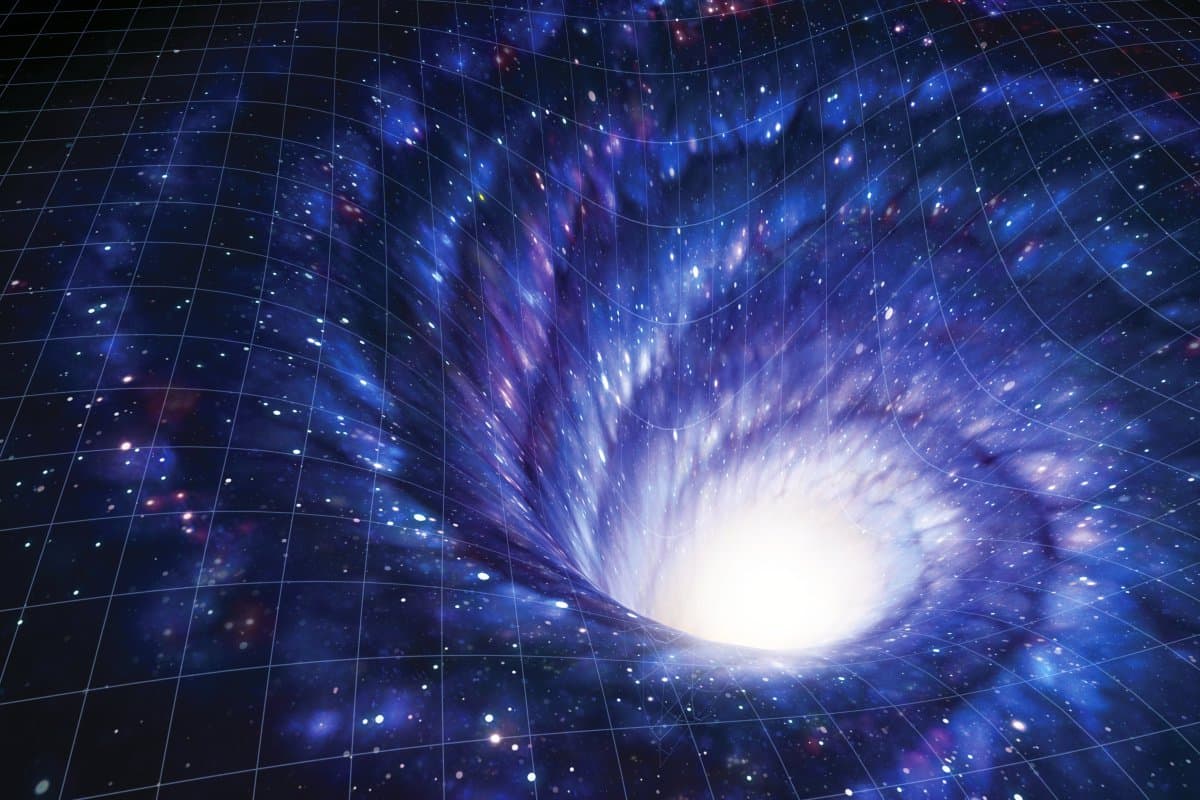 A physical object, such as a person or a spacecraft, could theoretically make it through a wormhole in the centre of a black hole, and maybe even access another universe on the other side, physicists have suggested.

In what looks like the logical extension of the plot of Interstellar - where astronauts try to hunt down another universe after the catastrophic effects of climate change destroy Earth - physicists have modelled what would happen to a chair, a scientist, and a spacecraft, if each one ended up inside the spherical wormhole of a black hole.

"What we did was to reconsider a fundamental question on the relation between the gravity and the underlying structure of space-time," said one of the team, Diego Rubiera-Garcia from the University of Lisbon in Portugal.

"In practical terms, we dropped one assumption that holds in general relativity, but there is no a priori reason for it to hold in extensions of this theory."

So let’s take a step back first, and go through some of the basics. According to Einstein’s theory of general relativity, at the centre of a black hole lies a singularity - the point at which the forces of gravity are at their most intense, and time and space effectively end.

Watch: What are Wormholes?

If an object approaches the event horizon, it would be crushed in one direction, and stretched in another, thanks to the extreme tidal forces of gravity at play inside a black hole. If the object stays intact long enough to make it to the centre of a black hole, it will be infinitely long and thin: basically, it’s been spaghettified beyond recognition.

Physicists have been playing around with the assumption of a singularity in the centre of a black hole for years, because until we can actually prove it exists, there could be any number of possibilities that still work - in theory.

Earlier this year, physicists from the University of Cambridge in the UK argued that there’s no reason why a singularity necessarily has to be on the inside of a black hole. They suggest that in a universe with five or more dimensions - which isn’t out of the question for us - a 'naked' singularly could exist, which is not bound by an event horizon.

Of course, this would mean big, huge things for our current understanding of how the laws of physics govern our Universe, because it basically needs Einstein’s theory of general relativity to be wrong.

If you feel you are in a black hole, don’t give up. There’s a way out.

Einstein being wrong isn’t out of the question, either. Stephen Hawking has been battling for decades with the way general relativity appears to clash with quantum mechanics in black holes - a problem known as the information paradox.

So assuming that the stipulations of general relativity aren’t set in stone, the new study from Rubiera-Garcia’s team argue that if you remove singularity from a black hole, what you get in the centre instead is a finite-sized wormhole.

Then, they figured out what could happen if various objects - a chair, a scientist, and a spacecraft - made it beyond the event horizon and into the wormhole. These objects are referred to as 'observers'.

They modelled these observers as an aggregation of points connected by physical or chemical interactions that hold everything together as the object travels along a geodesic line. A geodesic line is simply the path in spacetime that a free-falling object follows.

"Each particle of the observer follows a geodesic line determined by the gravitational field," says Rubiera-Garcia. "Each geodesic feels a slightly different gravitational force, but the interactions among the constituents of the body could nonetheless sustain the body."

Publishing in the journal Classical and Quantum Gravity, the researchers demonstrate this by showing how the time spent by a light ray in a round trip between two parts of the body is always finite.

This means that finite forces, no matter how strong, could compensate for the impact of the gravitational field near and inside the wormhole on a physical body travelling through it.

"Thus, different parts of the body will still establish physical or chemical interactions and, consequently, cause and effect still apply all the way across the throat of the wormhole," they explain.

So while the theory of general relativity predicts that an object approaching a black hole will be crushed along one direction and stretched along another infinitely, if we assume that the centre of a black hole is a wormhole with a finite radius, the object can only be crushed just as much as the size of the wormhole.

This means according to Rubiera-Garcia's hypothesis, an object could survive a journey through a wormhole and make it out the other side - and potentially to another universe - technically intact, but it would be crushed to the size of the finite wormhole. At least it’s not completely destroyed, right?

"For a theoretical physicist, the suffering of observers is admissible (one might even consider it part of an experimentalist’s job) but their total destruction is not," Rubiera-Garcia and his team quip in an opinion piece.

Until we figure out how to actually see a black hole, all of this is going to remain well and truly in the realm of pure hypotheticals. But we're beginning to see how black holes might not be the horrible, existence-obliterating death traps we thought they were.

As Hawking said at a conference back in August 2015 about his solution to the information paradox: "The message of this lecture is that black holes ain't as black as they are painted. They are not the eternal prisons they were once thought. ... If you feel you are in a black hole, don’t give up. There’s a way out."

Read This Next
Quacks Like a Duck
Those Headlines About Scientists Building a Wormhole Are Total Nonsense, People
Good Samaritan
Physics Dept Gets Random Box Full of $180K in Untraceable $50s and $100s
Star War
Scientists Are Trying to Figure Out How to Kill Stars with Black Holes
EHT Tu, Black Hole
Astronomers Release Stunning New Image of Black Hole
Congrats!
Nobel Prize Winner on Falling Into a Black Hole: "I Would Not Want To"
More on Hard Science
Warped Tour
Feb 2 on futurism
Professor Believes Door to Warp Drive May Lie With Ethylene Glycol
Sky Bursts
Feb 2 on the byte
Astronomers Intrigued by 25 Mysterious Repeating Radio Signals From Deep Space
Tractor Beam
Jan 26 on the byte
Scientists Build Working Tractor Beam, Although It's Comically Tiny
READ MORE STORIES ABOUT / Hard Science
Keep up.
Subscribe to our daily newsletter to keep in touch with the subjects shaping our future.
+Social+Newsletter
TopicsAbout UsContact Us
Copyright ©, Camden Media Inc All Rights Reserved. See our User Agreement, Privacy Policy and Data Use Policy. The material on this site may not be reproduced, distributed, transmitted, cached or otherwise used, except with prior written permission of Futurism. Articles may contain affiliate links which enable us to share in the revenue of any purchases made.
Fonts by Typekit and Monotype.