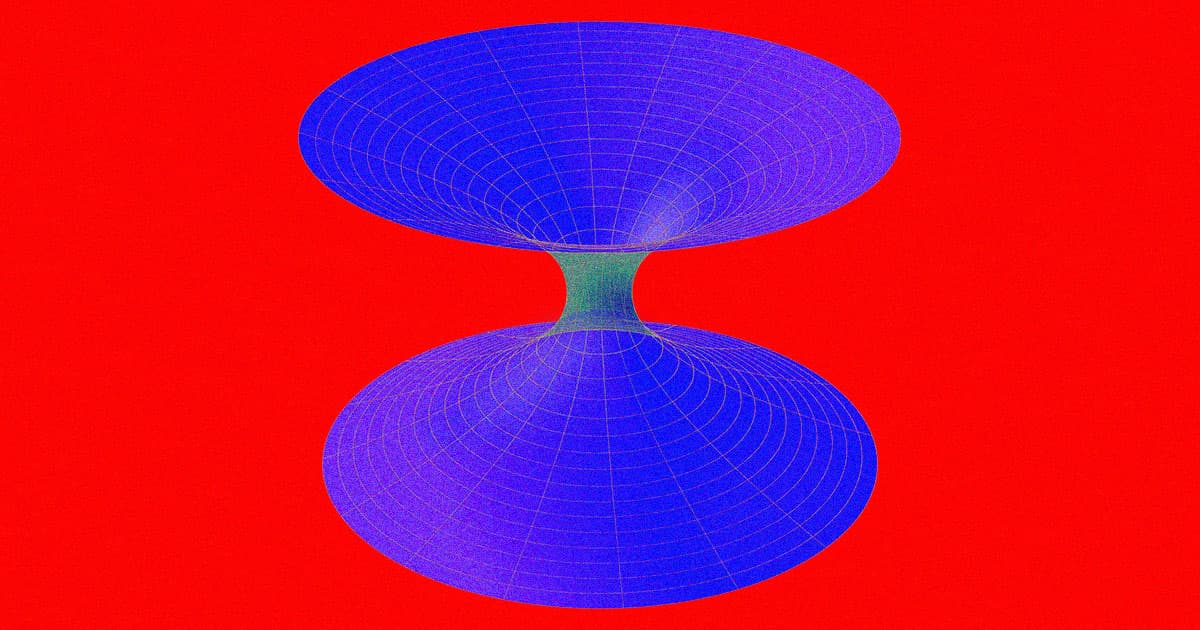 Scientists Say They Finally Figured Out How to Spot Wormholes

One easy trick for faster-than-light travel.

One easy trick for faster-than-light travel.

Scientists think they've come up with a way to detect traversable wormholes, assuming they exist.

There's never been any sort of evidence that traversable wormholes — portals between two distant parts of the universe, or two universes within a theoretical multiverse — are real. But if they are, a team of scientists think they know what that evidence might look like, breathing new life into a far-out theory that could finally achieve faster-than-light travel.

If a wormhole were to exist, then the gravitational pull of objects on one side, like black holes or stars, would influence the objects on the other side.

If a star wobbled or had otherwise inexplicable perturbations in its orbit around a black hole, researchers could hypothetically argue that they're being influenced by the gravity of something on the other end of a wormhole, according to research published this month in the journal Physical Review D.

While the researchers hope to look for wobbles in the orbits of stars orbiting near Sagittarius A*, the supermassive black hole at the center of the Milky Way, Stojkovic concedes that spotting some wouldn't guarantee that a wormhole exists there.

He added "we cannot say that, 'Yes, this is definitely a wormhole.' There could be some other explanation, something else on our side perturbing the motion of this star."

READ MORE: How to spot a wormhole (if they exist) [University at Buffalo via Phys.org]

Quacks Like a Duck
Those Headlines About Scientists Building a Wormhole Are Total Nonsense, People
12. 1. 22
Read More
Falling In
Objects We Thought Were Black Holes May Actually Be Wormholes, Scientists Say
11. 15. 22
Read More
Space Lumps
Scientists Say We May Be Extremely Wrong About the Universe
4. 28. 22
Read More
+Social+Newsletter
TopicsAbout UsContact Us
Copyright ©, Camden Media Inc All Rights Reserved. See our User Agreement, Privacy Policy and Data Use Policy. The material on this site may not be reproduced, distributed, transmitted, cached or otherwise used, except with prior written permission of Futurism. Articles may contain affiliate links which enable us to share in the revenue of any purchases made.
Fonts by Typekit and Monotype.