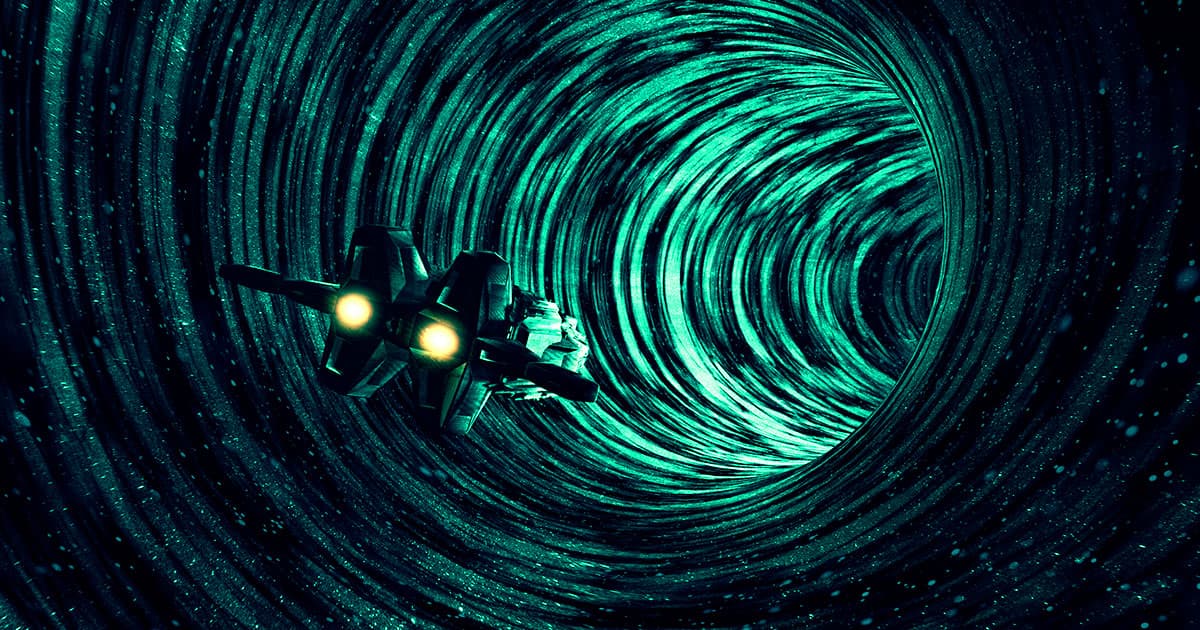 They Call Me Dr. Wormhole

New Paper Claims That Yes, You Could Climb Through a Wormhole to a Distant Galaxy

The theory shows what happens beyond the event horizon.

The theory shows what happens beyond the event horizon.

Wormholes are a fascinating concept in physics that postulate passages that connect two different points in spacetime — typically black holes — together.

Unfortunately, most leading hypotheses surrounding wormholes suggest that they would collapse as soon as they formed due to instability. However, one new theory slated to be published in The Journal of Modern Physics D posits that, actually, wormholes can remain stable enough for objects to enter on one side and leave through the other.

The theory, by Ecole Normale Supérieure de Lyon computer scientist Pascal Koiran, relies on the Eddington-Finkelstein metric to describe the movements of objects in and around a wormhole. This metric differs from the more often used Schwarzschild metric, which breaks down once an object reaches the event horizon, meaning the point at which no object can escape the pull of a black hole, according to LiveScience's writeup of Koiran's work.

Using the Eddington-Finkelstein metric, though, Koiran was able to mathematically simulate a path for an object into a black hole and through a wormhole instead of breaking down at the event horizon.

Of course, this doesn’t necessarily mean that jumping through any ol' black hole will send you across the universe. However, it does pose a very interesting theory that shows that wormholes wouldn’t just instantly collapse as soon as they’re created.

We probably wouldn’t risk it, though, and would just wait on some startup to create a warp drive.

Quacks Like a Duck
Those Headlines About Scientists Building a Wormhole Are Total Nonsense, People
Dec 1
Read More
Falling In
Objects We Thought Were Black Holes May Actually Be Wormholes, Scientists Say
Nov 15
Read More
Black Hole Snapshot
Scientists Release Image of Black Hole at Center of Our Galaxy
May 12
Read More
+Social+Newsletter
TopicsAbout UsContact Us
Copyright ©, Camden Media Inc All Rights Reserved. See our User Agreement, Privacy Policy and Data Use Policy. The material on this site may not be reproduced, distributed, transmitted, cached or otherwise used, except with prior written permission of Futurism. Articles may contain affiliate links which enable us to share in the revenue of any purchases made.
Fonts by Typekit and Monotype.