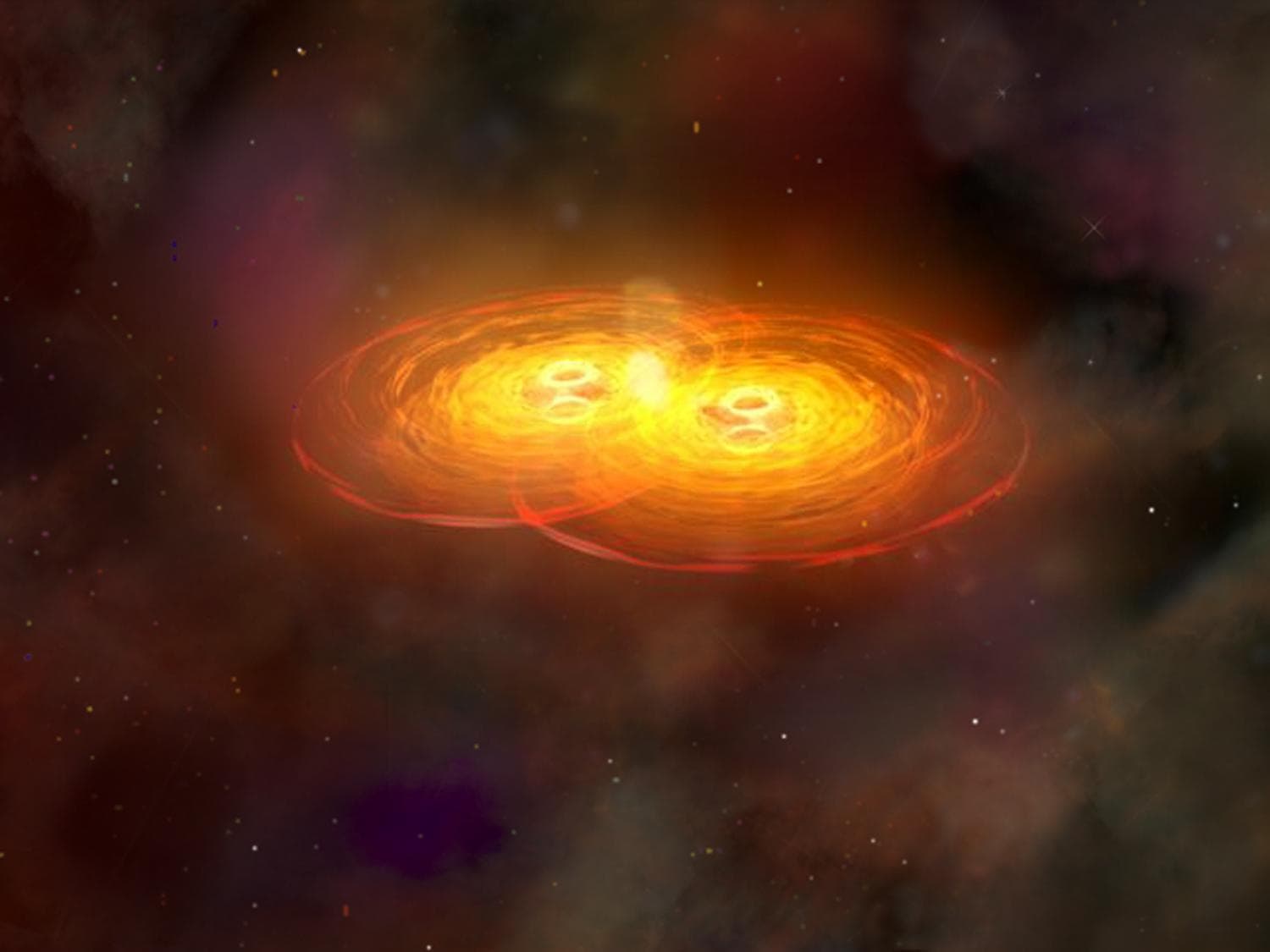 The discovery was announced this morning at the 228th meeting of the American Astronomical Society (AAS) in San Diego, California.

Five months ago, there was still some doubt as to whether these elusive ripples in the fabric of spacetime—first predicted a century ago by Albert Einstein—would ever be detected. Now, in the span of little more than four months, the observatory has detected two major events resulting from the merger of black holes in the distant universe.

The first detection was announced on February 11, and involved the merger of two black holes roughly 30 times the mass of the Sun. The second detection—which was actually made on December 26, 2015—shows what promises to be the great diversity of gravitational wave generating events. These merging black holes were much smaller, 14 and 8 solar-masses, releasing a quantity of gravitational wave energy equivalent to the total mass of the Sun to produce a final object of 21 solar-masses.

To learn more about gravitational waves, and why discovering them is so fantastically groundbreaking, check out the video below:

It Puts the “O” For Observatory in LIGO

“It is very significant that these black holes were much less massive than those observed in the first detection,” says Gabriela González of the LIGO Scientific Collaboration.

“Because of their lighter masses compared to the first detection, they spent more time—about one second—in the sensitive band of the detectors. It is a promising start to mapping the populations of black holes in our universe.”

The merger occurred about 1.4 billion years ago, producing a detectable signal during the final 27 orbits of the two black holes before they coalesced. Due to the arrival lag of the signal—it arrived 1.1 milliseconds earlier at the Livingston, LA detector than the Hanford, WA detector—it’s possible to at least roughly ascertain the signal’s point of origin in the sky.

In the future, it’s hoped that the soon-to-be-online Virgo gravitational wave interferometer in Europe will work in conjunction with LIGO to triangulate these signals, which we now know must be fairly frequent.

“With detections of two strong events in the four months of our first observing run,” says Caltech’s Albert Lazzarini, deputy director of the LIGO Laboratory, “we can begin to make predictions about how often we might be hearing gravitational waves in the future. LIGO is bringing us a new way to observe some of the darkest yet most energetic events in our universe.”

This is just the tip of the iceberg when it comes to the brand-new science of gravitational wave observation. Ultimately, these are the remarkable first fruits of a rich new harvest of astronomical information. LIGO’s next observing run, to begin this fall, will include an upgrade in sensitivity that’s expected to allow it to encompass 1.5 to 2 times more of the universe’s volume. Virgo is also expected to be online by that time, marking the true beginning of the age of gravitational wave astronomy.

Read This Next
Quacks Like a Duck
Those Headlines About Scientists Building a Wormhole Are Total Nonsense, People
Good Samaritan
Physics Dept Gets Random Box Full of $180K in Untraceable $50s and $100s
Ripple Burst
Scientists Detect "Tsunami" of Gravitational Waves
Brands We Love
Go Beyond The Science Headlines With The Fundamentals Of Physics Course
Not a Neutron Star, Not Yet a Black Hole
Astronomers May Have Discovered First-Ever "Black Neutron Star"
More on Hard Science
Warped Tour
Feb 2 on futurism
Professor Believes Door to Warp Drive May Lie With Ethylene Glycol
Sky Bursts
Feb 2 on the byte
Astronomers Intrigued by 25 Mysterious Repeating Radio Signals From Deep Space
Tractor Beam
Jan 26 on the byte
Scientists Build Working Tractor Beam, Although It's Comically Tiny
READ MORE STORIES ABOUT / Hard Science
Keep up.
Subscribe to our daily newsletter to keep in touch with the subjects shaping our future.
+Social+Newsletter
TopicsAbout UsContact Us
Copyright ©, Camden Media Inc All Rights Reserved. See our User Agreement, Privacy Policy and Data Use Policy. The material on this site may not be reproduced, distributed, transmitted, cached or otherwise used, except with prior written permission of Futurism. Articles may contain affiliate links which enable us to share in the revenue of any purchases made.
Fonts by Typekit and Monotype.