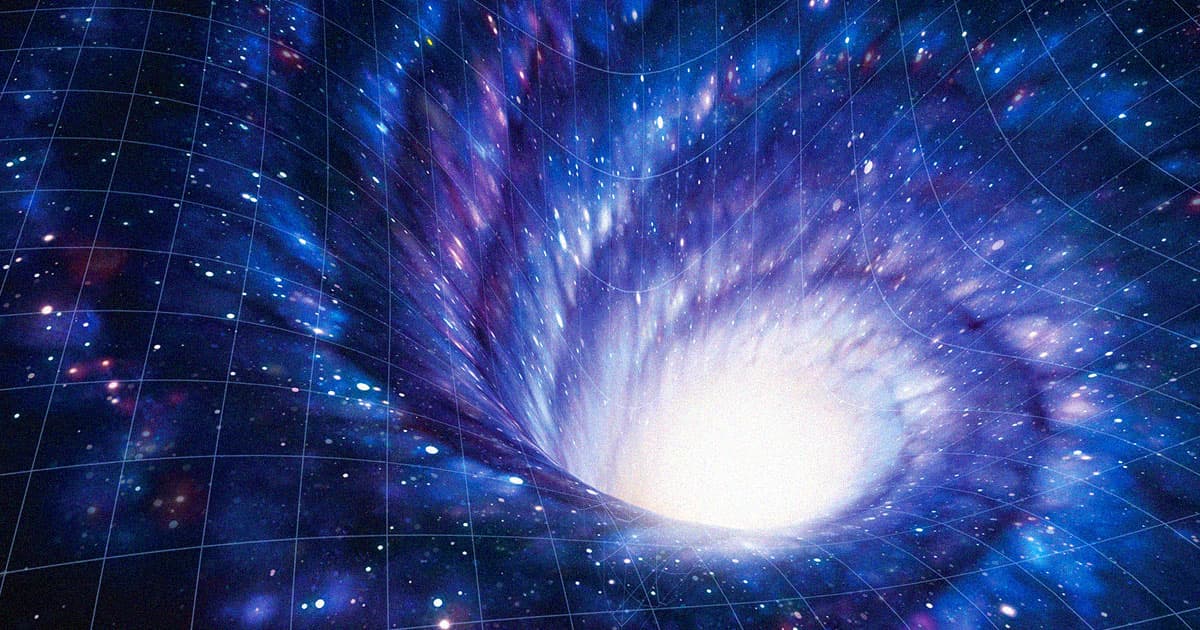 Uh Oh, Turns Out the Universe Might Be Making Black Holes Even Bigger

Well, this is disturbing.

Researchers say they’ve found evidence that the expanding universe is causing black holes to grow with it.

The team published their findings in the Astrophysical Journal Letters last week, making the claim that the universe expanding may be causing celestial objects, such as supermassive black holes, to expand as well.

"We have proposed that the mass of any black hole is proportional to the size of the universe," Kevin Croker, an astrophysicist at the University of Hawai’i and co-author of the paper, told Gizmodo.

Of course, this brings up the question of why objects like the Earth, or our Sun, don’t expand as well. The explanation is dense, but basically the argument is that they aren't large or old enough — though if their mass is eventually consumed by a black hole, they could join the phenomenon.

Perhaps more disconcerting is the fact that the objects could expand even more rapidly as time goes on.

To reach their conclusions, the team modeled the size of two actual colliding black holes in relation to the expanding universe. They discovered that as the objects got closer to one another, they appeared to grow in proportion to the universe’s expansion.

The researchers also found that this growth could also occur in black holes that weren’t colliding, such as the ones at the centers of galaxies.

Of course, it’s all just a hypothesis… for now. The team hopes that more sophisticated instruments in the future will allow them to confirm their findings — though the thought of supermassive black holes getting even bigger isn’t exactly going to help us sleep better at night.

READ MORE: Black Holes Could Be Expanding Along With the Universe [Gizmodo]

Falling In
Objects We Thought Were Black Holes May Actually Be Wormholes, Scientists Say
11. 15. 22
Read More
Bangs and Bounces
Scientists Say Stuff Might Have Been Happening Before the Big Bang
11. 5. 22
Read More
Black Hole Snapshot
Scientists Release Image of Black Hole at Center of Our Galaxy
5. 12. 22
Read More
+Social+Newsletter
TopicsAbout UsContact Us
Copyright ©, Camden Media Inc All Rights Reserved. See our User Agreement, Privacy Policy and Data Use Policy. The material on this site may not be reproduced, distributed, transmitted, cached or otherwise used, except with prior written permission of Futurism. Articles may contain affiliate links which enable us to share in the revenue of any purchases made.
Fonts by Typekit and Monotype.