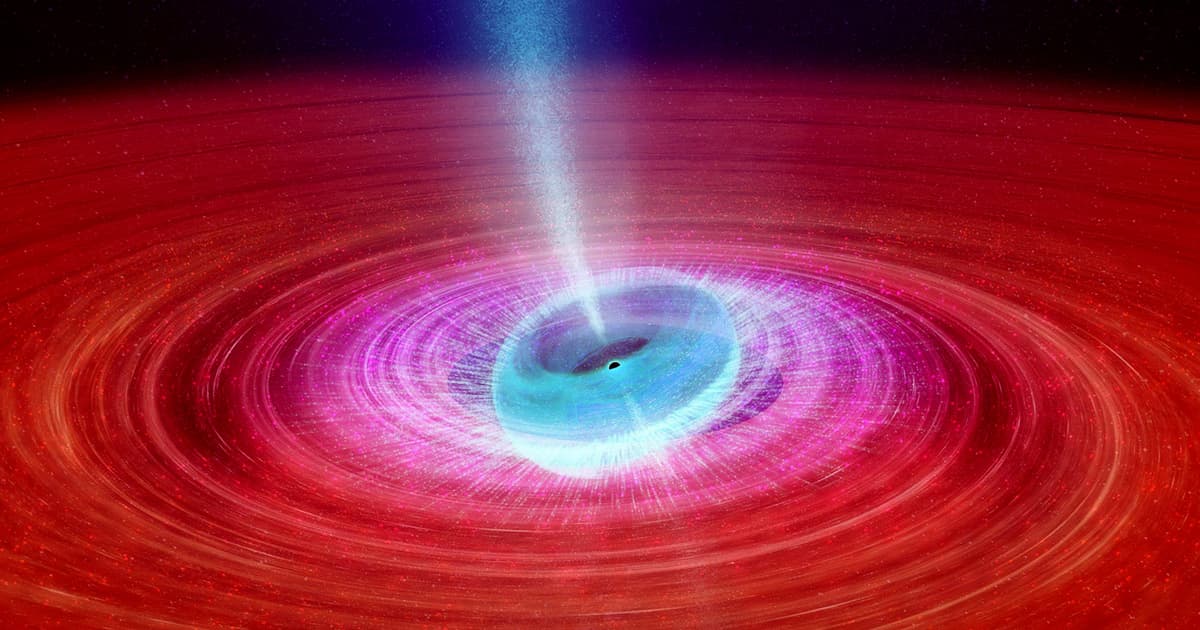 Parasite Black Hole Eats Gigantic Star from Inside Out

It might be evidence of a rare type of supernova.

It might be evidence of a rare type of supernova.

Scientists might have discovered a rare and (frankly) unsettling cosmic event: a black hole eating a star from the inside out and causing a supernova.

Astronomers believe that the black hole was initially swallowed by a massive star, according to Newsweek. It then began to disrupt and collapse the star’s core — essentially devouring it from the inside out like a parasite. The event culminated in the star going full supernova.

The gory cosmic event first came to researchers’ attention in 2017 when the Very Large Array telescope in New Mexico picked up the enormous burst of radio energy coming from the supernova. Dillon Dong, a researcher and astronomer at the California Institute of Technology, decided to look into the matter with his team.

They eventually discovered that the black hole and the star were binary stars — two stars that orbit each other in a kind of cosmic dance. One of the stars eventually collapsed into a black hole, but the two remained in orbit… that is, until the black hole entered the star’s atmosphere roughly 300 years ago and began devouring it.

Dong and his team published a paper of their findings in the journal Science.

Not only was the parasitic black hole event novel and freaky, it’s also evidence of a long theorized cosmic occurrence called a “merger-triggered supernova.” This happens when a star goes supernova after merging with a neutron star or a black hole.

While scientists suspect an event like this can happen, they have yet to have concrete evidence of it. However, Dong and his team’s findings might indicate a merger-triggered supernova.

Scientists are still skeptical, though, with some hypothesizing that the supernova might have been caused by other factors such as mass being pulled away from the star, according to Popular Science.

READ MORE: Star Explodes After Black Hole Devours It From the Inside [Newsweek]

More on black holes: Astronomers Capture Most High-Resolution Images of Deep Space Yet

Star War
Scientists Are Trying to Figure Out How to Kill Stars with Black Holes
11. 29. 21
Read More
EHT Tu, Black Hole
Astronomers Release Stunning New Image of Black Hole
3. 24. 21
Read More
Betelgeuse Betelgeuse Betelgeuse
Astronomers: This Star Isn’t As Giant As We Thought, Just Closer
10. 16. 20
Read More
+Social+Newsletter
TopicsAbout UsContact Us
Copyright ©, Camden Media Inc All Rights Reserved. See our User Agreement, Privacy Policy and Data Use Policy. The material on this site may not be reproduced, distributed, transmitted, cached or otherwise used, except with prior written permission of Futurism. Fonts by Typekit and Monotype.