Physicists Say Universe Could Be Filled With Invisible "Boson Stars"

And they could weigh millions of times what a normal star does. 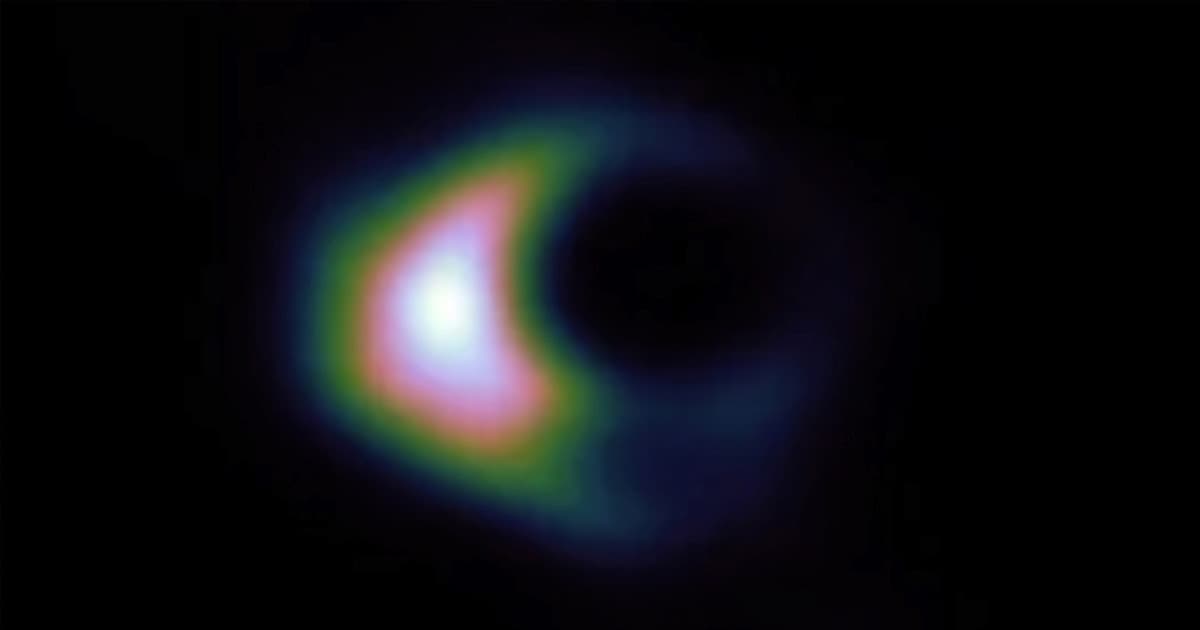 A team of European astrophysicists is suggesting that the universe could be filled with "boson stars," which are theoretical, transparent objects made of boson particles..

If real, boson stars would share plenty of features with supermassive black holes, including the fact that "boson stars are predicted by general relativity and are able to grow to millions of solar masses and reach a very high compactness," as research lead and astrophysicist Hector Olivares from Radboud University in the Netherlands and Goethe University in Germany told ScienceAlert.

Olivares and his team set out to calculate if boson stars would end up resembling the shadow of M87*, the first-ever photographed black hole.

Apart from the similarities they share with supermassive black holes, boson stars would be by nature quite different from other celestial objects observed by astronomers — if they indeed exist. Bosons are an entirely different type of particle that don't abide to the same laws that govern fermions, which are the familiar matter particles that include protons, neutrons, and electrons.

For instance, they can be superimposed, with two bosons occupying the same space, forming a "matter wave." These structures can then end up forming an even larger structure, a "scalar field," which is a relatively stable arrangement, as ScienceAlert explains. Given enough mass, these fields could squish together into a boson star.

"Spin-0 bosons with similar or smaller masses appear in several cosmological models and string theories, and have been proposed as dark matter candidates under different names," Olivares told ScienceAlert.

"Such hypothetical particles would be extremely difficult to detect, but the observation of an object looking like a boson star would point to their existence," he added.

Intriguingly, such boson stars would be mostly transparent, except for a possible rotating ring of plasma surrounding some of them.

In the end, Olivares and his team concluded that M87* couldn't have been a boson star as the theoretical shadow would be far too small.

The team is hoping to compare future observations by the Event Horizon Telescope, the array that took the first image of M87*, to their results in order to confirm if the black hole really is a black hole after all.

READ MORE: Space Could Be Littered With Eerie Transparent Stars Made Entirely of Bosons [ScienceAlert]

Read This Next
Futurism
Scientists Have Discovered a New Form of Matter Called "Excitonium"
Futurism
Breakthrough 'Madala Boson' Could Unlock the Mysteries of Dark Matter
Futurism
Physicists Just Confirmed Evidence of A Possible Fifth Fundamental Force
Futurism
Physicists Found a Way to Make Quantum Measurements A Little Less Crazy
Futurism
The Physics of Everything: Understanding Superstring Theory
More on Hard Science
It From Bit
Tuesday on the byte
A Scientist Is Crowdfunding an Experiment to Check if We Live in a Simulation
Water Carrying
Nov 20 on the byte
Evidence Grows That Soggy Meteorites Gave Earth Its Oceans
Shroom News
Nov 20 on the byte
Scientists Build Circuit Boards Based on Mushrooms
READ MORE STORIES ABOUT / Hard Science
Keep up.
Subscribe to our daily newsletter to keep in touch with the subjects shaping our future.
+Social+Newsletter
TopicsAbout UsContact Us
Copyright ©, Camden Media Inc All Rights Reserved. See our User Agreement, Privacy Policy and Data Use Policy. The material on this site may not be reproduced, distributed, transmitted, cached or otherwise used, except with prior written permission of Futurism. Articles may contain affiliate links which enable us to share in the revenue of any purchases made.
Fonts by Typekit and Monotype.