Scientists may have uncovered a subatomic particle that could prove the existence of a fifth force of nature.

To date, there are four conventionally known fundamental forces that hold the universe together—gravity, electromagnetism, and the strong and weak nuclear forces. But a closer look at previous studies conducted by Hungarian physicists, which hinted at a new force, has led a team of scientists to evidence that the anomaly in the data could actually be a fifth force of nature.

It should be noted that the groundbreaking claim is still a very long way from being confirmed, but the current data available is enough to push research into what this new force-carrying particle is (or may be).

“If true, it’s revolutionary,” said Jonathan Feng, who leads the research team from University of California. “If confirmed by further experiments, this discovery of a possible fifth force would completely change our understanding of the Universe, with consequences for the unification of forces and dark matter.”

The anomalous data was first spotted when the Hungarian Academy of Science team fired high-energy beams of protons at lithium-7. The fall-out created a distinct energy signature of a super-light subatomic particle, which they concluded to be a type of boson—30 times heavier than an electron—that can’t be explained by the Standard Model.

“The experimentalists weren’t able to claim that it was a new force,” Feng said. “They simply saw an excess of events that indicated a new particle, but it was not clear to them whether it was a matter particle or a force-carrying particle.” 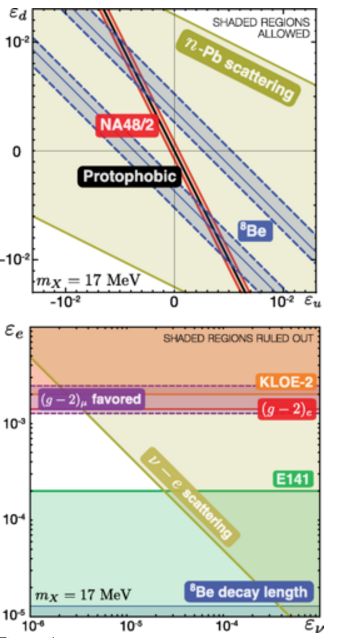 Based on this original data, the team from University of California dove into the work to try and verify the potential findings. And they assert that they did uncover theoretical evidence that suggests it may really be the boson for the fifth force of nature—which could explain dark matter or many other unexplained things in the universe.

The particle has been dubbed protophobic X boson, which interacts exclusively with electrons and neutrons within a very small range, thus making it extremely hard to detect. According to researchers, no other boson has exhibited the same characteristics.

Once the existence of a fifth force is verified, it could mean that we could one day produce a “super fundamental force” that allows interaction between the dark sector with its own matter. Unfortunately, we have yet to confirm whether or not this could actually be the fifth force of nature, but it’s a hypothesis that’s certainly worth following up on.

Physicists Say Universe Could Be Filled With Invisible “Boson Stars”

Go Beyond The Science Headlines With The Fundamentals Of Physics Course

Scientists Are Building a Quantum Teleporter Based on Black Holes