This could revolutionize our understanding of gravity. 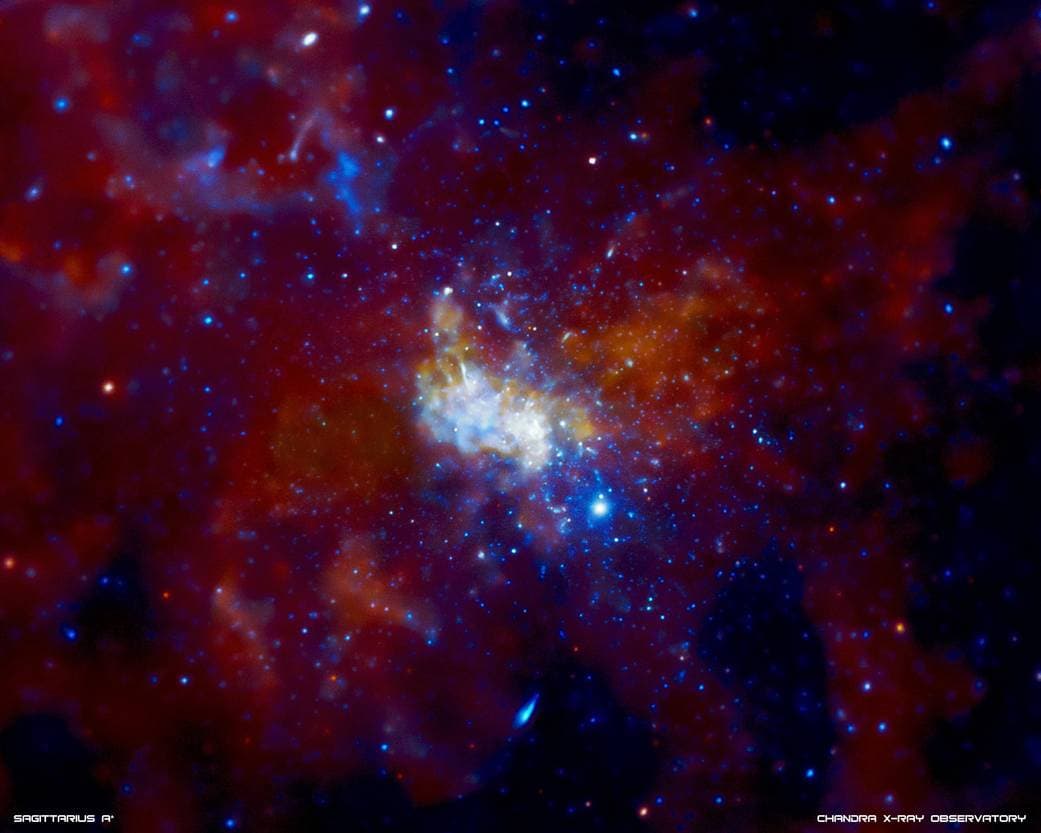 For the most part, we seem to have our universe figured out: there are four fundamental forces that govern the interactions of every conceivable object, from atoms to planets. These four — the weak and strong nuclear forces, electromagnetic force, and gravity — explain all there is. Except they don't, really.

As much as we've understood these forces, there are still phenomena that the standard model of physics and Einstein's theory of general relativity don't quite make explain. For instance, there's more gravity in space than what all visible matter can supposedly produce. That's why some suggest undiscovered dark matter as the source of this, or as other physicists suggests, that a hidden "fifth force" is out there. One such physicist is Andrea Ghez, director at the University of California, Los Angeles, Galactic Center Group.

The key to detecting this fifth force, according to Ghez and her team, is studying the supermassive black hole at the center of the Milky Way and the stars around it. “By watching the stars move over 20 years using very precise measurements taken from Keck Observatory data, you can see and put constraints on how gravity works," she explained in a press release. "If gravitation is driven by something other than Einstein’s theory of General Relativity, you’ll see small variations in the orbital paths of the stars." They published their method in the journal Physical Review Letters.

This research could go a long way to answering questions that have risen since Einstein published his theories, Ghez said.

"Einstein's theory describes [gravity] beautifully well, but there's lots of evidence showing the theory has holes," Ghez said in her interview for the press release. "The mere existence of supermassive black holes tells us that our current theories of how the Universe works are inadequate to explain what a black hole is."

In particular, the team is excited to observe a star called S0-2 as it passes closer than ever to the Milky Way's supermassive black hole next year. If the orbital path of these stars show deviations from what general relativity predicts, then the researchers might discover clues about the supposed fifth force.

If a fifth force does exist and Ghez's method discovers it, we'd probably need to reexamine the physics of our Universe. “This is really exciting. It’s taken us 20 years to get here, but now our work on studying stars at the center of our galaxy is opening up a new method of looking at how gravity works,” Ghez said in the interview.

Read This Next
Star War
Scientists Are Trying to Figure Out How to Kill Stars with Black Holes
Particle
Scientists Just Found Evidence for Fifth Force of Nature
EHT Tu, Black Hole
Astronomers Release Stunning New Image of Black Hole
Congrats!
Nobel Prize Winner on Falling Into a Black Hole: "I Would Not Want To"
Not Quite 24 Frames Per Second
Astrophysicists Release Landmark "Movie" of Wobbling Black Hole
More on Hard Science
Tractor Beam
Jan 26 on the byte
Scientists Build Working Tractor Beam, Although It's Comically Tiny
Having a Blast
Jan 18 on the byte
New Study Shows Where You Should Hide to Survive a Nuclear Attack
Offworld Amino
Jan 15 on the byte
Scientists Find Building Blocks of Life in Meteor That Smashed Into Family's Driveway
READ MORE STORIES ABOUT / Hard Science
Keep up.
Subscribe to our daily newsletter to keep in touch with the subjects shaping our future.
+Social+Newsletter
TopicsAbout UsContact Us
Copyright ©, Camden Media Inc All Rights Reserved. See our User Agreement, Privacy Policy and Data Use Policy. The material on this site may not be reproduced, distributed, transmitted, cached or otherwise used, except with prior written permission of Futurism. Articles may contain affiliate links which enable us to share in the revenue of any purchases made.
Fonts by Typekit and Monotype.