Scientists may have found evidence for a fifth force of nature. 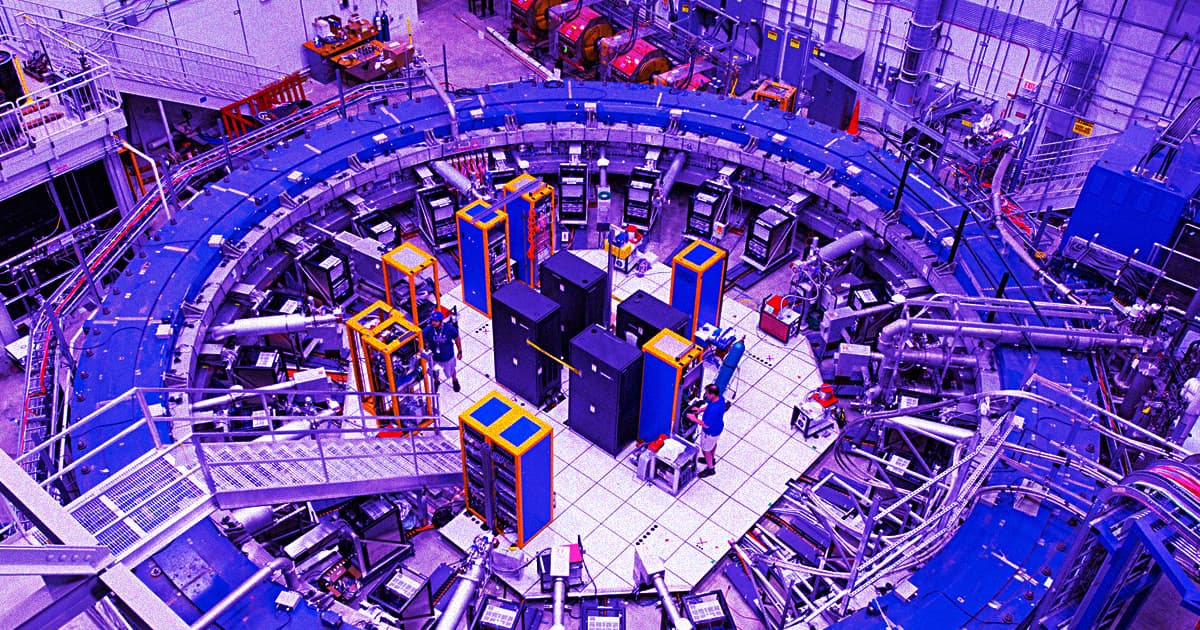 Researchers at the Fermi National Accelerator Laboratory, or Fermilab, in Illinois, have found new evidence suggesting that a subatomic particle called a muon is not following the known laws of physics, as The New York Times reports.

Muons are a lot like electrons but 207 times as massive. They also tend to decay extremely quickly into electrons and super-light particles called neutrinos.

Exposed to an intense magnetic field by being sent around a 46-foot magnetized ring at Fermilab, the team found that the muons wobbled in totally unpredictable ways that were not at all expected, astonishing researchers.

According to the Standard Model, the fundamental theory of how particles interact established in the second half of the 20th century, these movements can normally be measured and predicted in extreme detail.

It's a watershed moment for the field of quantum physics. If confirmed, the results obtained by the experiments at Fermilab could rewrite the way we understand the fundamental laws governing physics — at least as we know them today.

"This quantity we measure reflects the interactions of the muon with everything else in the universe," Renee Fatemi, a physicist at the University of Kentucky and manager of the experiment, said in an official statement. "But when the theorists calculate the same quantity, using all of the known forces and particles in the Standard Model, we don't get the same answer."

"This is strong evidence that the muon is sensitive to something that is not in our best theory," Fatemi added.

That leaves the big question: what force of nature is actually causing the muon to wobble? Researchers suggest it may be sources of matter and energy that are yet to be understood and aren't explained by the Standard Model — in other words, a fifth fundamental force of nature that would be added to gravity, electromagnetism, as well as strong and weak interactions between nuclei.

The new experiments, laid out in a series of papers submitted to the journal Physical Review Letters, confirm previous results found during experiments at the Brookhaven National Laboratory back in 2001.

"After the 20 years that have passed since the Brookhaven experiment ended, it is so gratifying to finally be resolving this mystery," Fermilab scientist Chris Polly, who worked on both experiments, said in the statement.

There's still the chance that Fermilab's new measurements are wrong: a one in 40,000 chance, to be exact. That means scientists still can't officially claim it as a discovery by physics standards, as the Times points out.

Polly also said that only less than six percent of the data collected by the Fermilab experiments has been analyzed so far. "Although these first results are telling us that there is an intriguing difference with the Standard Model, we will learn much more in the next couple of years," he said.

Still, physicists around the world are thrilled. "Clearly, this is very exciting because it potentially points to a future with new laws of physics, new particles and a new force which we have not seen to date," University of Manchester researcher and UK lead of the experiment Mark Lancaster, told the BBC.

Cambridge University researcher Ben Allanach, who was not involved in the experiments, is hopeful that the results will eventually be verified. "My Spidey sense is tingling and telling me that this is going to be real," he told the British broadcaster.

Read This Next
Beam Me Up Qubit
Researchers Achieve First "Sustained" Long Distance Quantum Teleportation
Futurism
Measurements From CERN Suggest the Possibility of a New Physics
Futurism
New Particles May "Signal the Breaking Point of the Standard Model"
Futurism
We May Finally Have a Way to Solve the Cosmos' Antimatter Mystery
Futurism
Physicists Have Captured the First Spectral Fingerprints of Antimatter
More on Hard Science
Warped Tour
Feb 2 on futurism
Professor Believes Door to Warp Drive May Lie With Ethylene Glycol
Sky Bursts
Feb 2 on the byte
Astronomers Intrigued by 25 Mysterious Repeating Radio Signals From Deep Space
Tractor Beam
Jan 26 on the byte
Scientists Build Working Tractor Beam, Although It's Comically Tiny
READ MORE STORIES ABOUT / Hard Science
Keep up.
Subscribe to our daily newsletter to keep in touch with the subjects shaping our future.
+Social+Newsletter
TopicsAbout UsContact Us
Copyright ©, Camden Media Inc All Rights Reserved. See our User Agreement, Privacy Policy and Data Use Policy. The material on this site may not be reproduced, distributed, transmitted, cached or otherwise used, except with prior written permission of Futurism. Articles may contain affiliate links which enable us to share in the revenue of any purchases made.
Fonts by Typekit and Monotype.