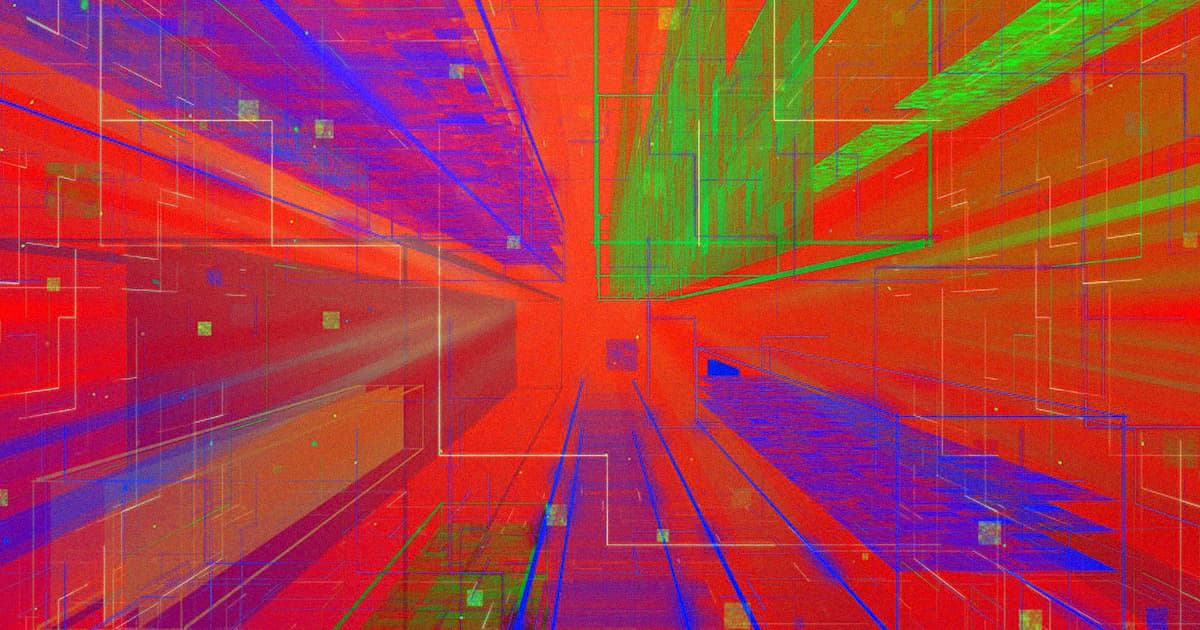 A team of researchers claim to have achieved sustained, long-distance quantum teleportation for the first time.

The research could lay the groundwork for "a viable quantum internet — a network in which information stored in qubits is shared over long distances through entanglement" that could "transform the fields of data storage, precision sensing and computing," according to a Fermilab statement.

The team — a collaboration between the U.S. Department of Energy's Fermilab, the University of Calgary, and other partners —managed to teleport qubits of photons over 44 kilometers of fiber.

The process doesn't actually involve teleportation in the traditional sense. Quantum teleportation is the transfer of quantum states from one location to another. Through quantum entanglement, two particles in separate locations are connected by an invisible force, famously referred to as "spooky action at a distance" by Albert Einstein.

Regardless of the distance, the encoded information shared by the "entangled" pair of particles can be passed between them.

"This is an advancement towards a more readily available scaling up of such systems in different locations, to build a bigger system," Christoph Simon, professor of physics at the University of Calgary and co-author of the accompanying study published in the Physical Review journal earlier this month, said in the university's statement about the research.

But keeping this information flow stable over long distances has proven extremely difficult. The previous world record was held by researchers at the University of Calgary, covering a distance of just six kilometers, as VICE reports.

Researchers are now hoping to scale up such a system, using both entanglement to send information and quantum memory to store it as well.

In July, the US Department of Energy unveiled a blueprint for the first quantum internet, connecting several of its National Laboratories across the country.

Read This Next
Tardigrade Silliness
Scientists Claim to Entangle Entire Animal in Quantum State
Particle
Scientists Just Found Evidence for Fifth Force of Nature
Confirmation Bias
Microsoft Retracts Paper Claiming Quantum Computing Breakthrough
Totally Incoherent
Scientists Create Quantum System That Stays Operational 10,000 Longer
Quantum Teleportation
Scientists Are Building a Quantum Teleporter Based on Black Holes
More on Hard Science
Moved to Tears
Thursday on the byte
Scientists Say New James Webb Images Are So Powerful That It Was Emotional Just Looking at Them
Good God
Tuesday on the byte
Huge Cloud of Toxic Yellow Gas Kills 13
zombie star
Tuesday on futurism
Scientists Puzzled by Star That Exploded in Supernova But Somehow Survived
READ MORE STORIES ABOUT / Hard Science
Keep up.
Subscribe to our daily newsletter to keep in touch with the subjects shaping our future.
+Social+Newsletter
TopicsAbout UsContact Us
Copyright ©, Camden Media Inc All Rights Reserved. See our User Agreement, Privacy Policy and Data Use Policy. The material on this site may not be reproduced, distributed, transmitted, cached or otherwise used, except with prior written permission of Futurism. Fonts by Typekit and Monotype.