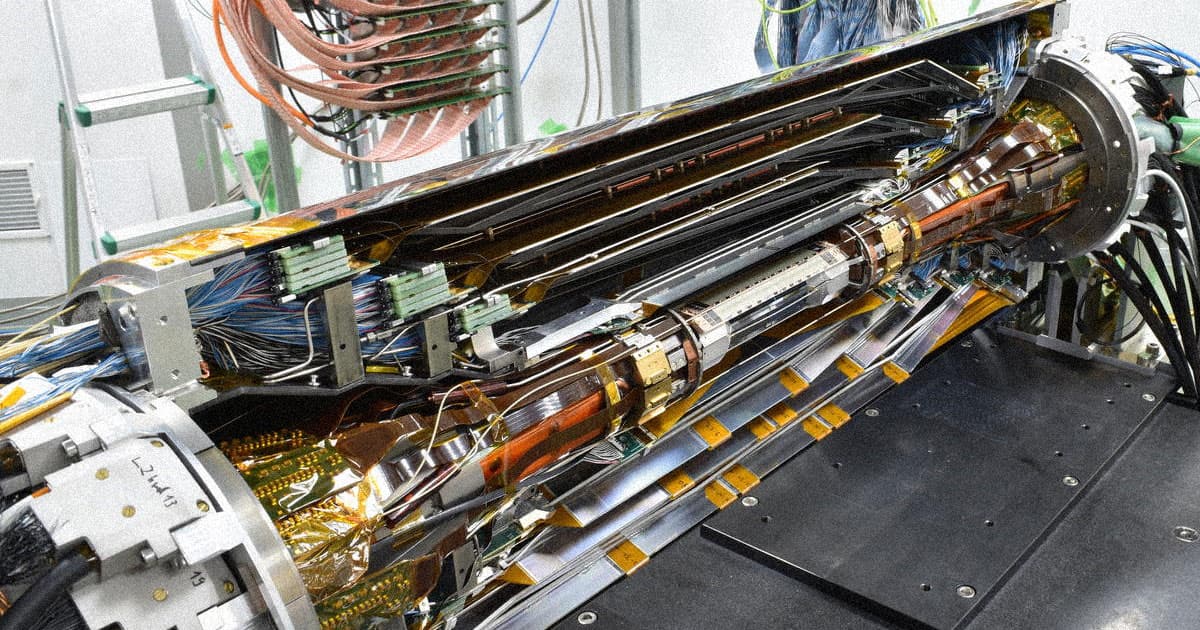 Physicists Are Crashing Matter into Antimatter to Hunt a New Boson

After a year of experimentation at Japan's SuperKEKB particle accelerator, physicists say they're getting close to finding a theorized but yet-undiscovered elementary particle.

The team, a group of scientists from 12 German institutes and universities, is on the hunt for the Z' boson — pronounced "Z prime" — a subatomic particle that would help explain why the universe has inequal amounts of matter, dark matter, and antimatter scattered about. They haven't found it yet, according to a Max Planck Society press release, but new findings after that year of work brought them closer.

They haven't directly observed any of the elusive particle over the course of the last year. But their findings, published Monday in the journal Physical Review Letters, have vastly tightened scientists' understanding of the boson and how it would behave, making it more likely they'll spot it in the future.

As the Belle II experiment continues to run, the scientists are working on continuously improving the rate at which electrons and positrons actually run into each other, each collision giving them a burst of data to analyze and further refine the process.

"Despite the still small amount of data, we can now make measurements that have never been done before," Thomas Kuhr, a Ludwig Maximilian University physicist, said in the release.

Good Samaritan
Physics Dept Gets Random Box Full of $180K in Untraceable $50s and $100s
12. 22. 21
Read More
Elusive Boson
Physicists Say Universe Could Be Filled With Invisible "Boson Stars"
9. 9. 20
Read More
Brands We Love
Go Beyond The Science Headlines With The Fundamentals Of Physics Course
8. 13. 20
Read More
+Social+Newsletter
TopicsAbout UsContact Us
Copyright ©, Camden Media Inc All Rights Reserved. See our User Agreement, Privacy Policy and Data Use Policy. The material on this site may not be reproduced, distributed, transmitted, cached or otherwise used, except with prior written permission of Futurism. Fonts by Typekit and Monotype.